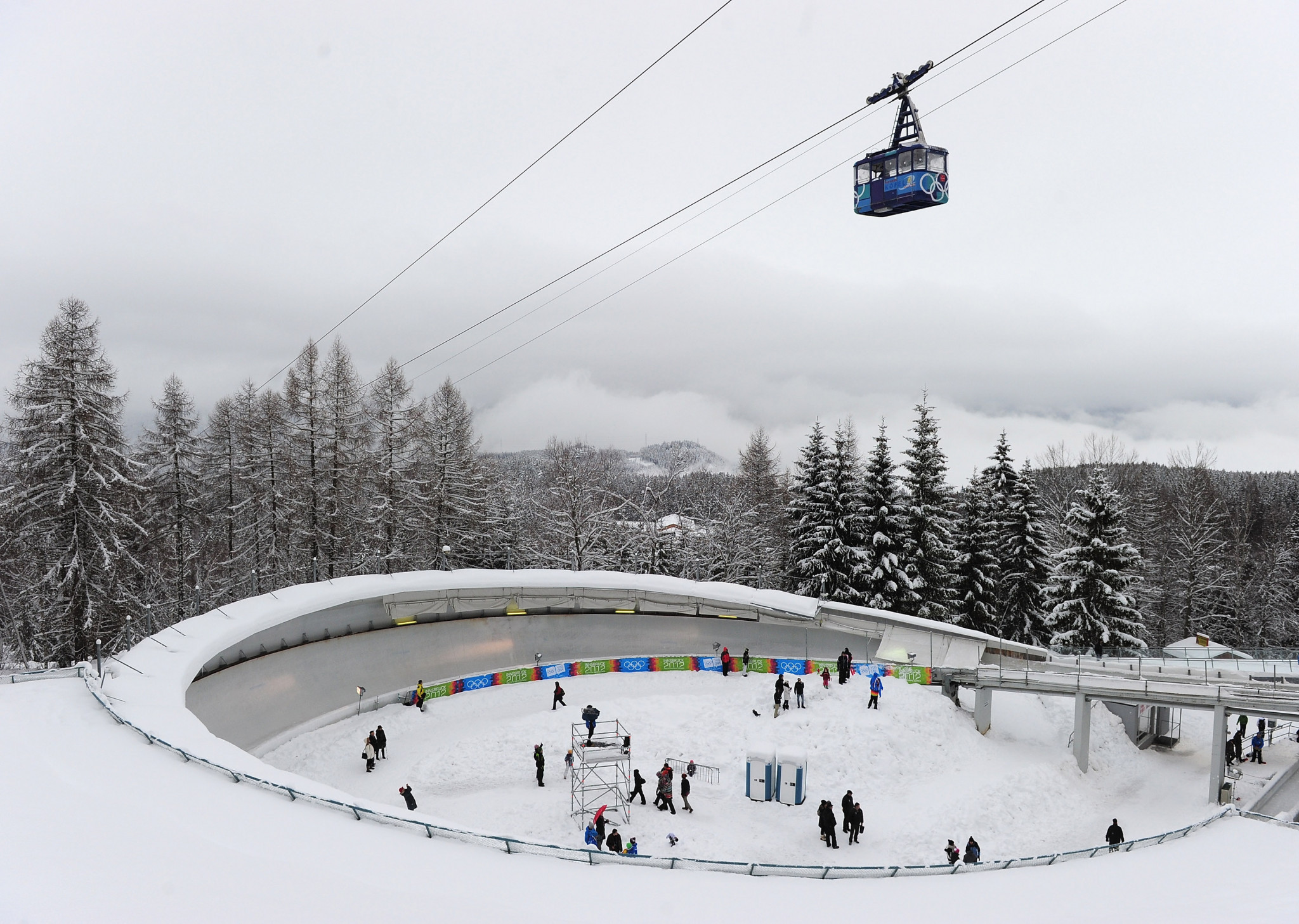 An informal offer has been proposed to the Milan Cortina 2026 Organising Committee for sliding events to take place in Innsbruck in Austria.

The suggestion was made by new Cortina d'Ampezzo councillor Roberta de Zanna who wrote a letter to Austrian authorities.

She then read it aloud during a public debate at the town's Piazza Angelo Dibona, questioning whether the Pista Eugenio Monti will be ready in time.

It is said that renovations needed on the venue, named after Italy's most celebrated bobsledder with six Olympic medals including two golds, will cost at least €85 million (£71.8 million/$87 million) with lighting work and a new runway required.

A recent revamp proposal has been rejected by International Federations as it was considered too ambitious and also did not take into account the speeds that would be generated by the bobsleigh, luge and skeleton athletes.

The plans included a 300-metres long and 20m high overpass, described as an "environmental scar at the foot of the Tofane."

Despite De Zanna's wish for the Olympic Sliding Centre created for the 1976 Winter Games in the Austrian city to be used, no official talks have taken place.

"To date we have not received any inquiries about the organisation of bobsleigh or luge races as part of the 2026 Winter Olympics," said Matthias Schipflinger of the Innsbruck Sports Infrastructure Managers, as quoted by VocidiCortina.

"As a result, we have not submitted an offer or a cost overview.

"A general renovation of the runway and all the buildings is underway, the works will be carried out in 2023-2024, the conclusion is expected before the start of the 2024-2025 season.

"The track will be approved for all international luge, bobsleigh and skeleton competitions.

"Any pre-Olympic competitions could therefore take place starting from 2024-2025.

"In principle we are willing to discuss at any time the organisation of the races and a contribution to the costs of renovating the track."

Certain local groups including the Comitato Civico Cortina had objected to renovating the Eugenio Monti sliding track because of the cost involved and environmental concerns.

The International Olympic Committee (IOC) had initially expressed reservations over the redevelopment of the sliding centre, which hosted Olympic competition in 1956.

The track was closed in 2008 due to rising maintenance costs.