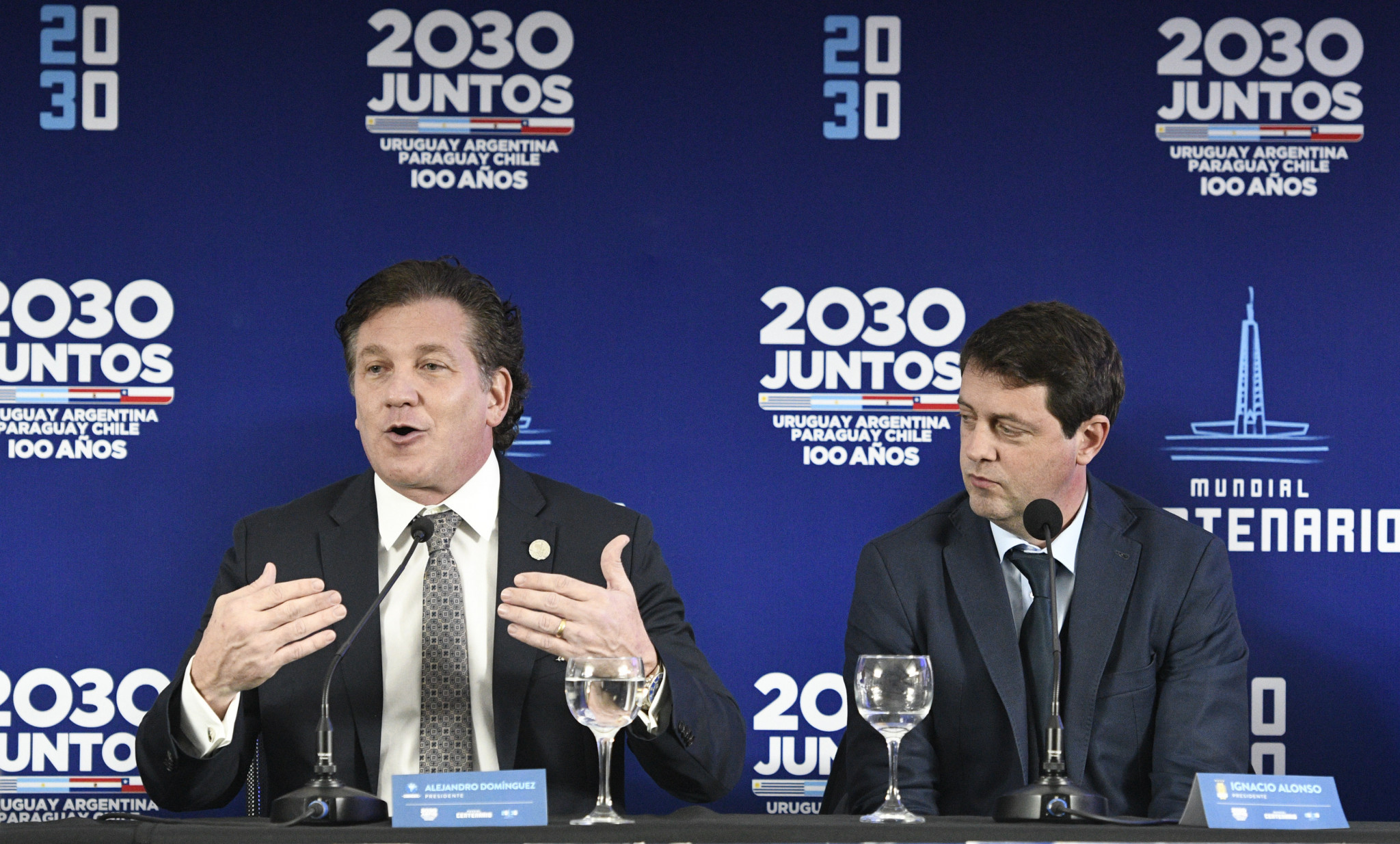 The year of the tournament would mark the 100th anniversary of the inaugural World Cup in Uruguay.

The host nation defeated Argentina 4-2 in the final on that occasion to lift the trophy at the Montevideo's Estadio Centenario.

South American Football Confederation (CONMEBOL) President Alejandro Domínguez, who was speaking at the venue for a launch event, suggested that hosting the World Cup in 2030 was "the dream of a continent".

Brazil was the last CONMEBOL nation to stage the men's World Cup, in 2014.

"There will be more World Cups, but the cup only turns 100 one time, and it needs to come home," Domínguez - who is Paraguayan - added.

The potential of a joint South American bid was originally signalled in 2017 by Uruguay and Argentina.

Chile and Paraguay have since joined the project.

Argentina previously held the event in 1978 while Chile was the host in 1962.

Paraguay has never staged the FIFA World Cup before.

The "Together 2030" project is competing against Spain and Portugal, who have launched a joint bid.

Morocco has also shown interest, while a bid from Romania, Greece, Bulgaria and Serbia was proposed in 2018.

Qatar is scheduled to stage the 2022 World Cup between November 21 and December 18.

The United States, Canada are Mexico are to host the 2026 edition, which is due to be the first to have expanded to 48 teams.