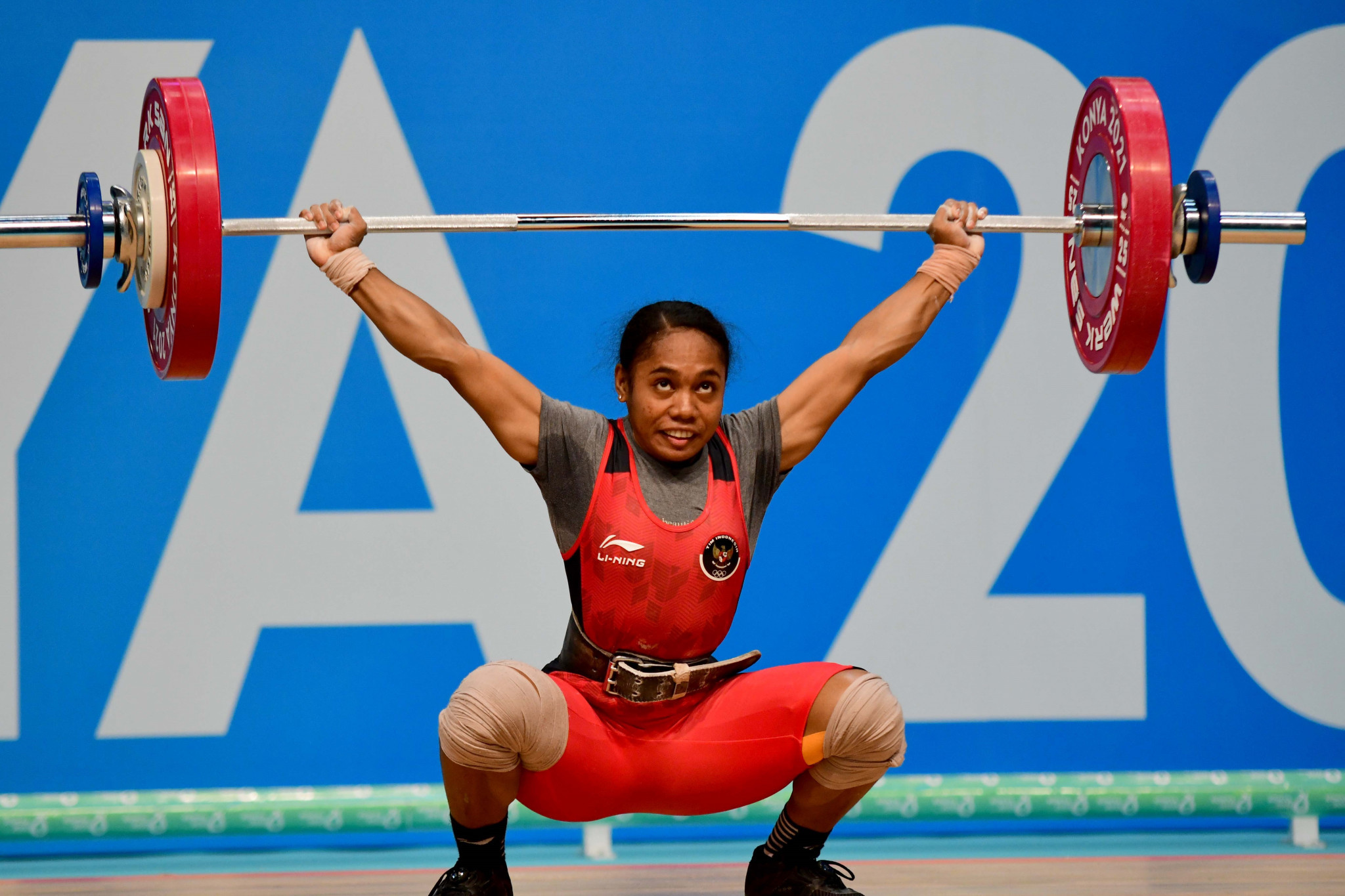 Sermetowa was in a good position to add the overall and clean and jerk titles to her snatch gold only for Beteyob to pull off a superb last attempt at Tuyap Fair Center in Konya.

Adding 7kg on to the bar, Beteyob managed to lift 111kg, putting her 1kg in front in the overall score and increasing the pressure on Sermetowa.

The Turkmenistan lifter, whose best effort was 105kg, failed at the same attempt as Beteyob, meaning she had to settle for the snatch crown.

Iran’s Poupak Basami helped herself to the bronze medal after finishing on 165kg with 71kg in snatch and 94kg in clean and jerk.

There was also success for another Indonesian in Ricko Saputra who produced a dominant display to win the snatch, clean and jerk and overall men’s 61kg titles.

Saputra clinched top spot with 128kg in snatch and 163kg in clean and jerk to total 291kg.

Seraj Al-Saleem of Saudi Arabia claimed all three silver medals, finishing with an overall result of 277kg after posting in 123kg in snatch and 154kg in clean and jerk.

Kazakhstan’s Otepbergen Aliyev finished on 271kg in total, sealing a bronze in snatch and clean and jerk.

Algeria, Turkey and Morocco all enjoyed plenty of bocce joy at the Tuyap Fair Center.

Ahmed Magour of Qatar was second with 74.28m, while Ali Fathi Ganji of Iran scored 71.42m for third slot.

Anvar Anvarov of Uzbekistan clinched men’s long jump gold with a leap of 8.01m as Ildar Akhmadiev of Tajikistan posted 7.86m for second and Necatı Er of Turkey notched 71.42m for bronze.

Abdellatif Sadiki of Morocco will take home the men’s 1500m gold after registering 3:54.40, while Qatar’s Abdirahman Hassan became a silver medallist with 3:54.46 and Salim Keddar of Algeria completed the set with 3:54.72.

The Gambia won the women’s 4x100m relay crown after scoring 43.83, finishing ahead of Bahrain and Turkey.