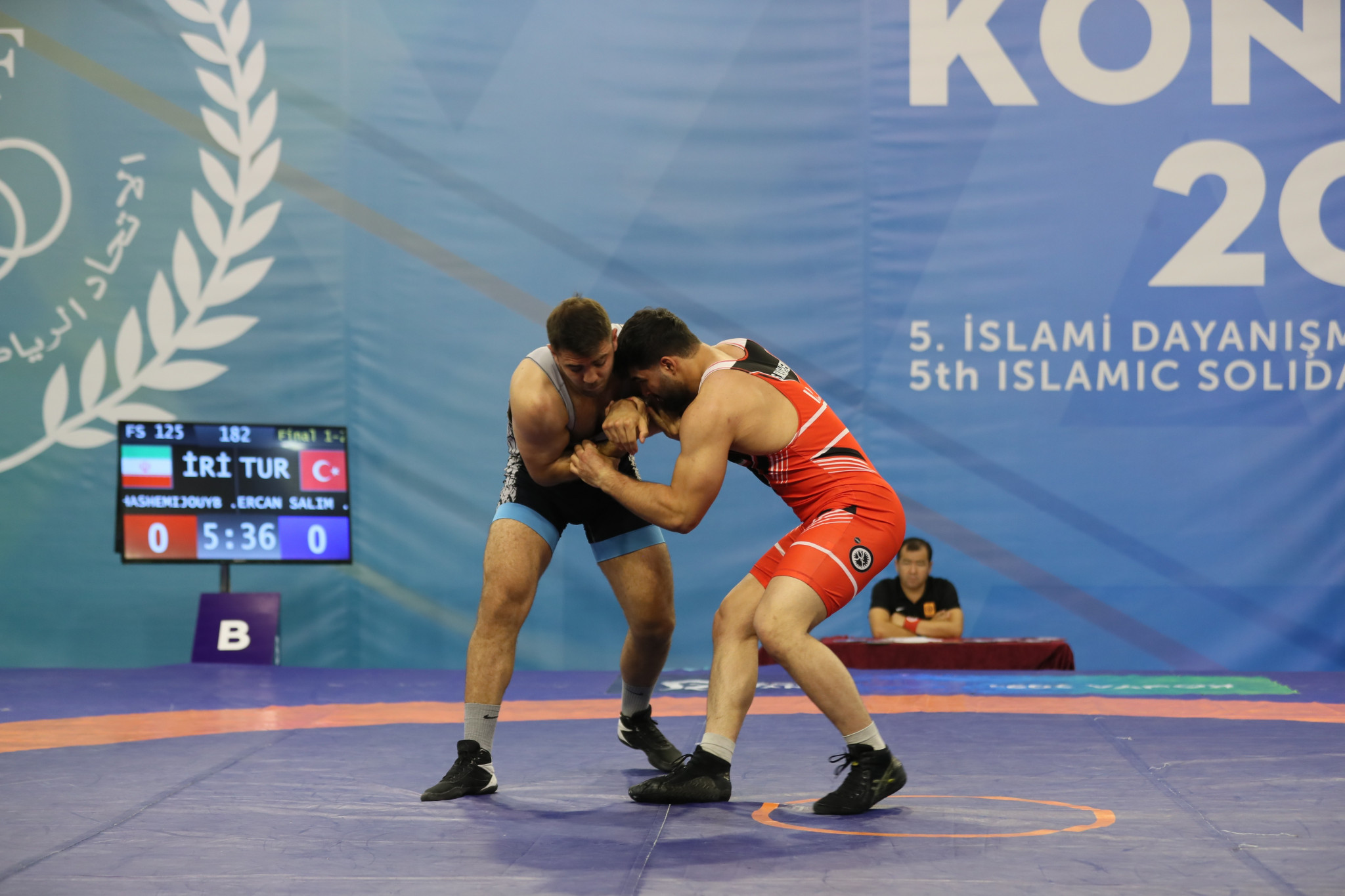 The first of those came from Ali Bakhtiar Savadkouhi who saw off Turkey’s Muhammet Akdeniz to win the men’s under-79kg title.

Another Iranian fighter Bazrighaleh overcame home favourite Erhan Yaylaci to capture the men’s under-92kg crown, while the bronze medals went to Bobur Islomov of Uzbekistan and Osman Nurmagomedov of Azerbaijan.

Turkey did come away with one gold medal courtesy of Buse Cavusoglu who was crowned women’s under-72kg champion after beating Azerbaijan’s Gozal Zutova.

Azerbaijan captured three golds yesterday and added to their tally when Leyla Gurbanova came out on top in the women’s under-53kg division.

Recep Tolap of Turkey and Iran’s Dastan Majid completed the podium when they won their bronze medal matches.

Tynybekova won gold after victory over Fatoumata Yarie Camara of Guinea as Tetiana Omelchenko of Azerbaijan and Irina Kuznetsova of Kazakhstan bagged bronzes.

Ernazar proved too strong for Iran’s Hossein Nouri as he clinched the men’s under-70kg crown.

At the Olympic Velodrome, Turkey continued their dominance in the men’s artistic gymnastics competitions, winning four gold medals across the individual apparatus.

Ahmed Onder helped himself to five medals, winning floor exercise and high bar golds as well as parallel bars silver and bronze in vault and rings.

Olympic parallel bars bronze medallist Ferhat Arican came out on top in his favoured event and won a bronze in the pommel horse which was won by Ahmad Abu Al-soud of Jordan.