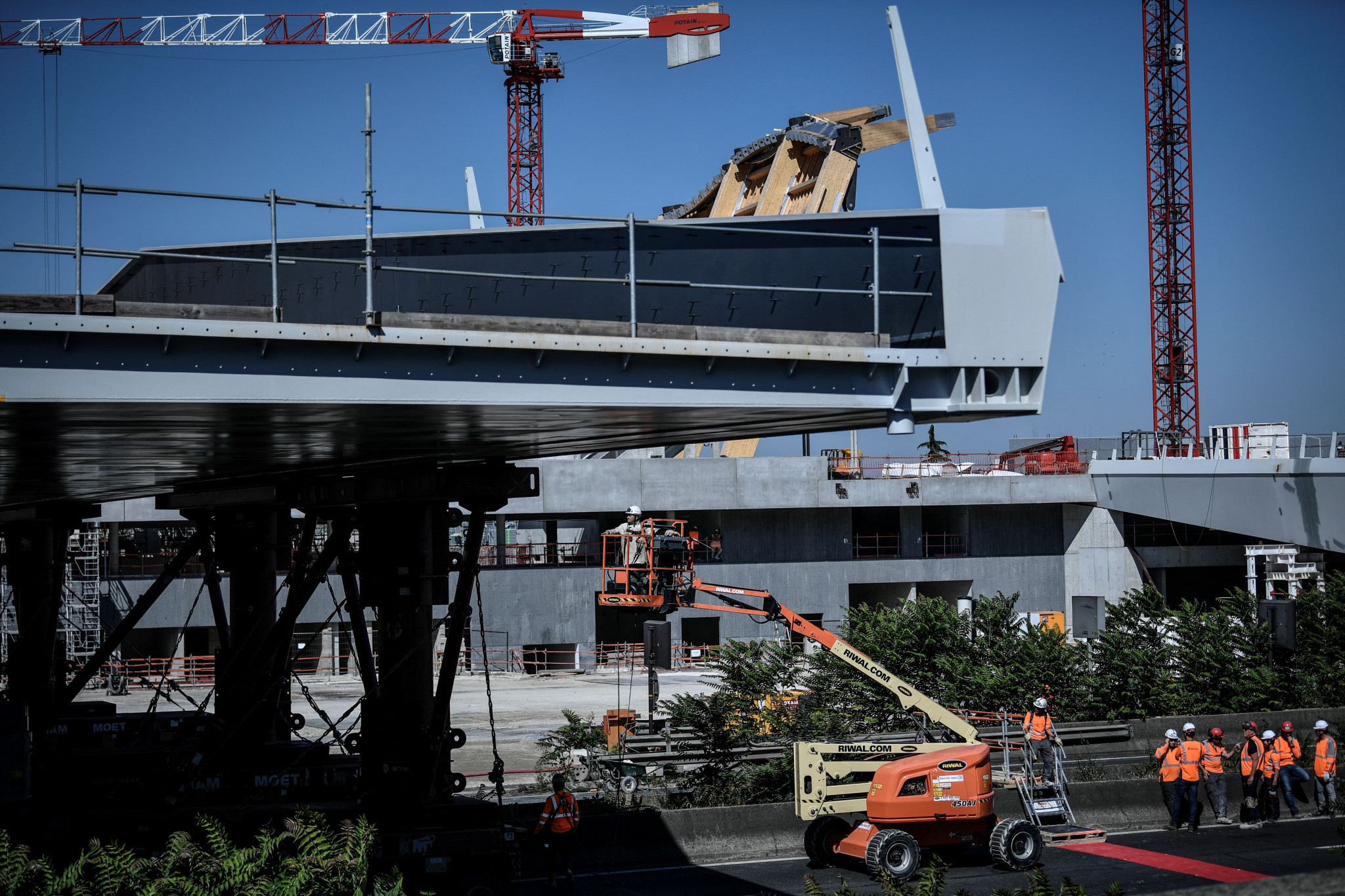 Work to install a footbridge linking the Stade de France and the site of the Olympic Aquatics Centre during the Paris 2024 Olympics is set to be completed this week.

Raincy Mayor Jean-Michel Genestier, who has additional responsibilities for transport and urban logistics in the area, has insisted the new structure will have a radical impact on transport and accessibility around Saint-Denis.

"Currently, it takes 20 to 25 minutes to go from one area to another with the train or by road," Genestier said.

It weighs 900 tonnes and is set to remain as a lasting legacy after Paris 2024.

It took 15 months to design and French sports newspaper L'Équipe has described it as "an imposing structure".

The footbridge is to span the the A1 motorway and provides a link from the Stade de France to the Plaine Saulnier district.

Installation is expected to be completed this week and is being carried out under the direction of Solideo, the state-owned company in charge of the construction projects for Paris 2024.

"Four other crossings will still be installed between now and the Olympics at different locations to facilitate mobility, they will obviously remain in place once the event is over," Marion Le Paul, deputy general manager of Solideo, said.

The Olympic Aquatics Centre is due to host diving, water polo and artistic swimming at Paris 2024.

Come the Olympics, athletics and rugby sevens are due to take place at the Stade de France.