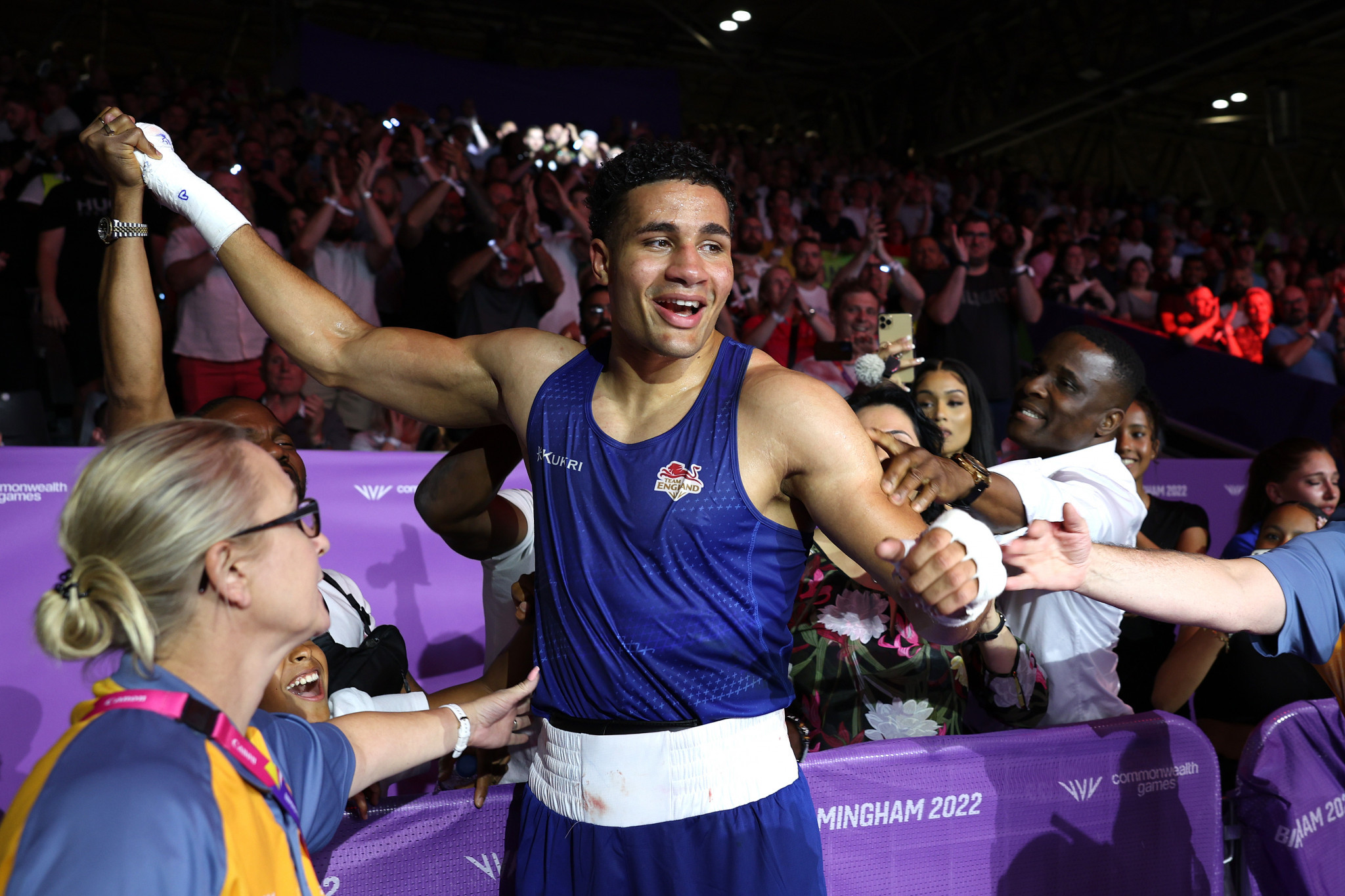 Local lad Delicious Orie ended the night with a victory in the men's over-92 kilogram category final to conclude boxing at the Birmingham 2022 Commonwealth Games on a high note for the hosts here.

Orie, who was raised 20 miles away from the NEC in Wolverhampton, claimed the gold medal just six years after taking up the sport with a unanimous victory over Sagar Alghawat of India, feeding on the home crowd's roaring noise to stage a comeback.

After the bout, Orie - who was born to a Nigerian father and Russian mother - told all those in attendance to not give up if they want to make their goals.

"It's very possible to achieve what you want to achieve," said Orie, grabbing a microphone spontaneously after his medal ceremony.

The other English winner today was Lewis Williams in the men's under-92kg final, where he made easy work of Samoa's Ato Leau Plodzicki-Faoagali.

But in numbers, the other home nations had more success.

Northern Ireland left the Games with five golds, including titles for siblings Aidan and Michaela Walsh.

Aidan, an Olympic bronze medallist, defeated Tiago Osorio Muxanga of Mozambique by unanimous decision and showed sportsmanship by raising the arm of his opponent after their men's under-71kg bout.

Michaela finally got the gold after two consecutive silvers, beating Elizabeth Oshoba from Nigeria in the women's under-57kg.

The first title of the night for Northern Ireland went to Dylan Eagleson with victory over Abraham Mensah from Ghana in the men's under-54kg, while world champion Amy Broadhurst made easy work of England's Gemma Richardson in the women's under-60kg final.

Jude Gallagher won by walkover against Joseph Commey of Ghana in the men's under-57kg for the fifth title.

Hickey's under-75kg final against Callum Peters of Australia was a strong contender for fight of the night, culminating in a tight decision going the way of the Scot by a 3-2 split.

In the following match, Lazzerini took men's under-80kg gold with a 4-1 victory over Taylor Bevan of Wales, winning the battle of mind games.

Lynch was met with a shower of boos when his arm was raised after beating Louis Richarno Colin of Mauritius 4-1.

He was left bloodied in the third round after sitting unanimous with three judges going into the final three minutes.

A strong punch from Colin made it a tight call, but judges deemed Lynch's resounding lead prior to the hit enough to win the match.

Rosie Eccles forced a referee's stoppage early in the second of the women's under-70kg with victory over Kaye Frances Scott of Australia for Wales' first gold medal.

Ioan Croft, whose twin brother Garan took bronze in the under-71kg, stood atop the men's under-67kg podium with a unanimous victory over Stephen Zimba of Zambia.

Aside from the home nations, India had the most success with three golds.

Finally another world champion, Tammara Thibeault of Canada, won the women's over-70kg gold medal, beating Rady Gramane of Mozambique in a rematch of their world semi-final.