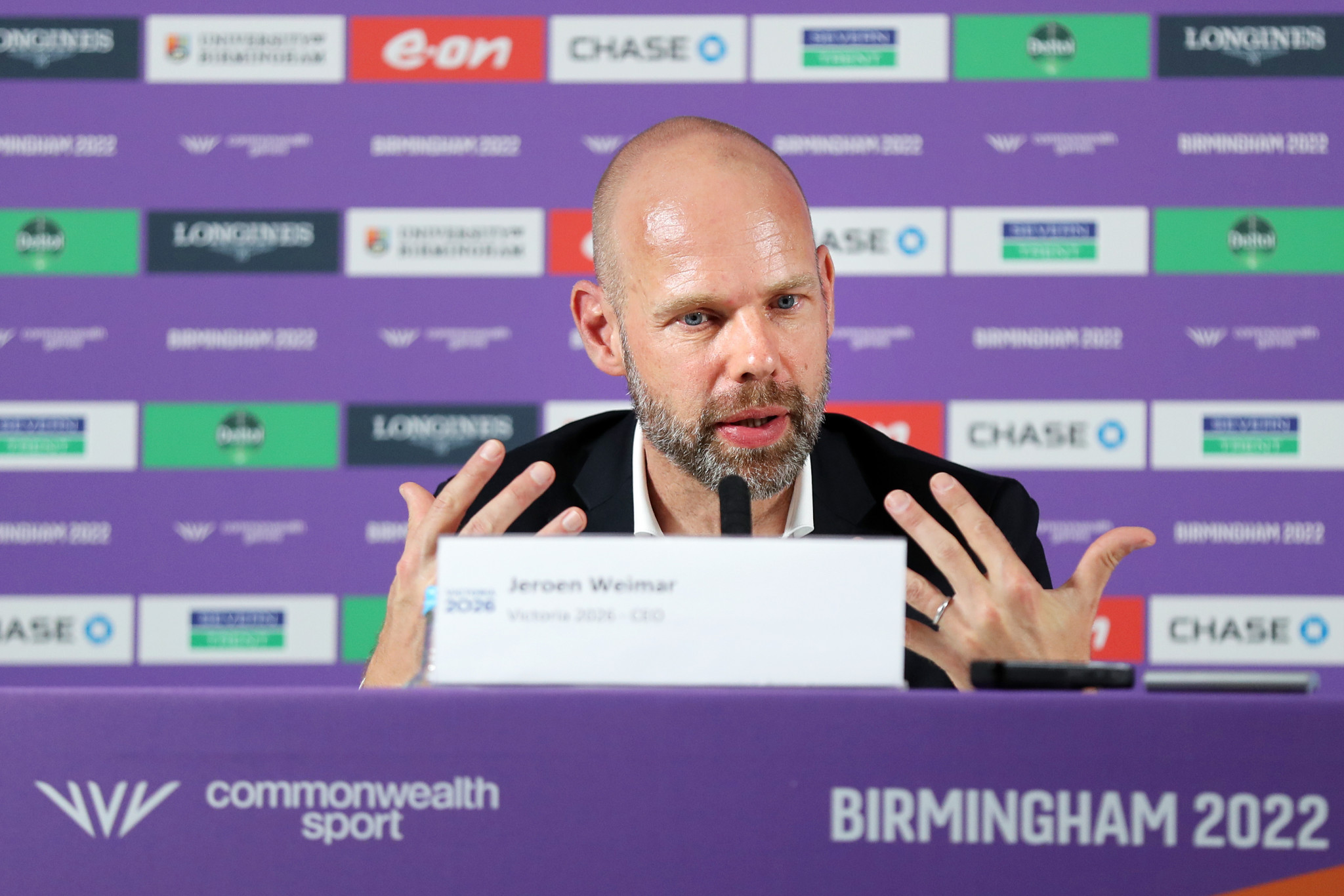 Victoria 2026 chief executive Jeroen Weimar has vowed here to "do something a bit different" and "surprise and delight people" with the sporting programme for the next edition of the Commonwealth Games.

Sixteen sports have been announced as featuring on the core programme, as well as six Para sports, but Weimar said at the Commonwealth Games Federation (CGF) General Assembly last Tuesday (July 26) that he expected a further three or four to be added.

He outlined more on criteria that Victoria 2026 will consider before deciding on which sports to recommend to the CGF.

"We're interested in a number of things," Weimar said.

"We want sports that are going to see significant participation across the Commonwealth, we don't just want it to be an England-Australia shoot-out for every single final.

"Ensuring that we get better representation and depth across the Commonwealth will be an important part for us.

"We'd like to attract a younger audience and ensure that we've got sports that reflect what people now want to get involved with and participate in, and we'd like to surprise and delight people.

"We haven't got the submissions yet, but we see it as a really good opportunity to do something a bit different and to keep advancing the engagement across the Commonwealth but the movement of sport more generally."

Weimar revealed that Victoria 2026 has been approached by more than 20 International Federations hoping to be considered for inclusion, but expected "a similar number" to Birmingham's programme to feature.

He reiterated that the deadline for submissions is August 19, with Victoria 2026's view to be shared with the CGF for a final decision at the end of September.

One notable absentee from the initial programme is track cycling, a sport which was held at the furthest distance from Birmingham for the ongoing Games, with events taking place at the Lee Valley VeloPark in London.

While not present in the initial plans, Weimar said that the Organising Committee remains open to discussions with the International Cycling Union (UCI).

"Track cycling currently is not on the 16-sport core programme at this point in time," he commented.

"I went down to the velodrome in London again, I was there 10 years ago as well [for the London 2012 Olympics], and we've had conversations with the UCI.

"It will be interesting to see whether the UCI want to propose bringing that onto our programme."

No formal bid has been put forward by the Global Esports Federation (GEF) for full inclusion following the debut of the Commonwealth Esports Championships alongside Birmingham 2022, but observers from Victoria 2026 have attended events in the English city.

"Not yet, but we’ve certainly got some of our team looking at the esports programme that's been running in Birmingham over the weekend, and very interested in how that play and how it might evolve going forward," Weimar said.

CGF chief executive Katie Sadleir offered her thoughts on the prospect of esports' future inclusion, and said that the organisation aimed to build on its Memorandum of Understanding with the GEF.

"Esports is in the Asian Games already, and I know it's something that is of interest to the Victorians to have a look at," Sadleir said.

"We have a long-term partnership.

"We signed an MoU with the Global Esports Federation which doesn’t stop after this Games, it's a long-term commitment to learning and transferring knowledge.

"There's a lot that we can learn from the technology and innovation, the way they create social networks - they're really content savvy.

"From the perspective of learning outside of this pilot, that will be ongoing, but it is a pilot.

"We have our Sports Committee there that are observing the programme.

"I've been involved on a panel, I'm going back this afternoon to hand out medals, and we are also having an independent review which is asking audiences, athletes and stakeholders what they think.

"There's lots of options, whether or not we continue to have a separate Commonwealth Esports Championships that happens outside the Games every year, and where we go with youth.

"We will evaluate all options and work out what is the best win-win for the partnership, so it’s not just about whether we want esports in the Games, it's also whether esports wants to be inside the Games.

"They’re quite unique in how they manage and organise themselves, so it's been really good to have that diversity of thought in terms of pulling this off."

Sadleir added that she had received some innovative suggestions from International Federations through her discussions on how sports can be presented on the programme.

"We want to be known as an innovative, evolving, relevant Games, and we want to do that in partnerships with the IFs," she said.

"They've come back with some really exciting things.

"They are different, and they are talking about taking the traditional sport into a different environment.

"They've talked to me about engaging the participants more and getting them involved, so there's some really exciting things that have come up in the last couple of weeks, and clearly we're going through an expression of interest process [for Victoria 2026]."

Dates of March 17 to 29 have already been announced for Victoria 2026, with it set to mark the sixth time that Australia has staged the Commonwealth Games.