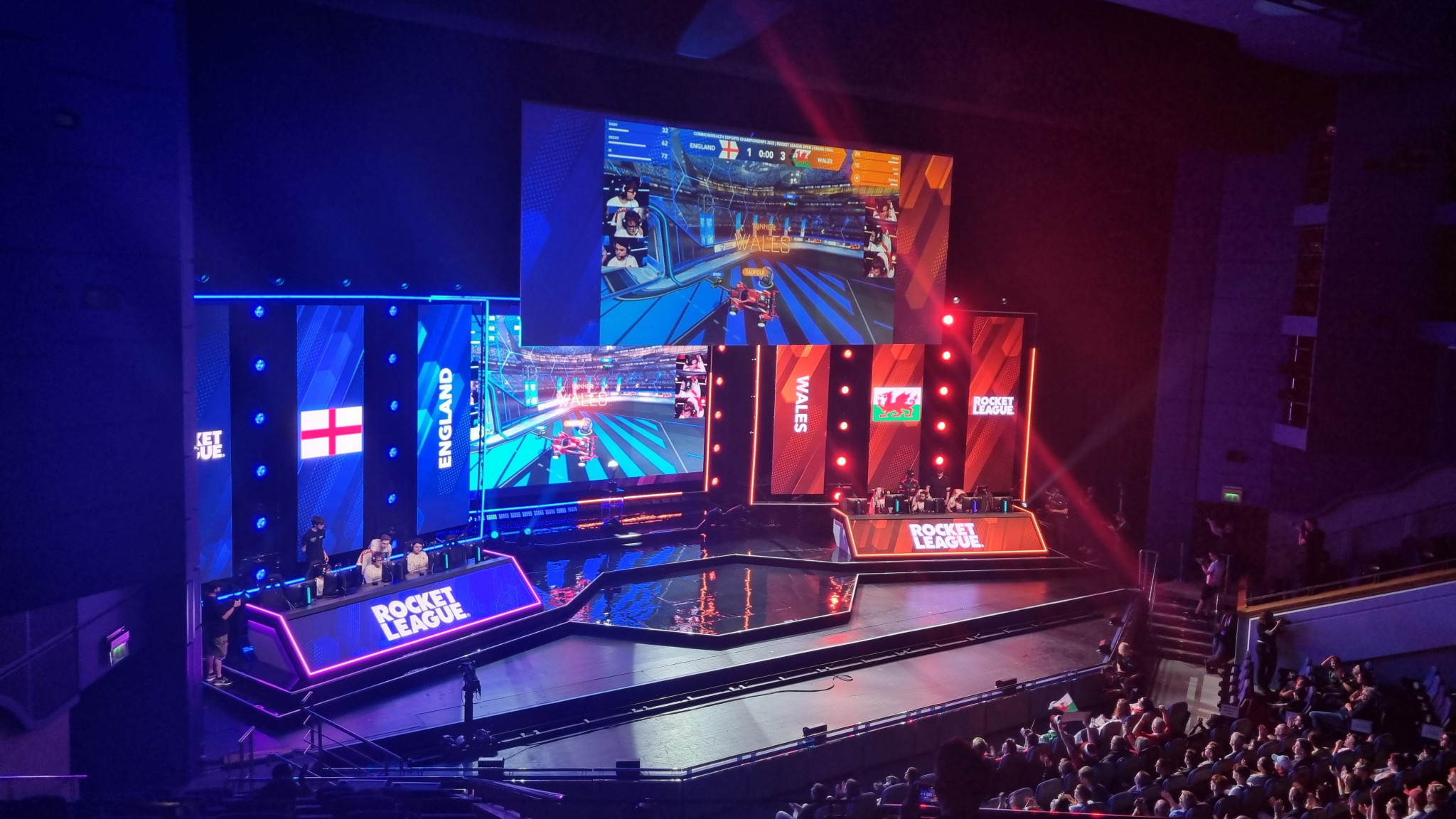 Medal-winning athletes have appreciated the atmosphere and feel of the Commonwealth Esports Championships during the first day of the event at the International Convention Centre here.

Three bronze medal deciders and three grand finals were staged in Rocket League, eFootball and DOTA 2 with there being stark disappointment as well as exuberant celebration.

Tadpole, who has retired after playing a prominent role in Wales' victory in the Rocket League open grand final, was among the athletes to recognise the meaning of the competition.

As a lover of traditional sports and esports, he expressed his pleasure at the crossover of the Championships.

"It really is the first time where we’ve felt, like because it is such a special event, [it has] tried to cross that line between real sports and esports," Tadpole examined.

"That is what it is about, and being on that stage and having medals put around you is that feeling."

Tadpole’s national teammate Foxy was lost for words in attempting to describe the emotion of winning the Rocket League open title.

"My mum was crying so it shows how much it means to win.

Scotland’s BigStuff, silver medallist in the eFootball open, observed how the event held its "own personality" and the bid to win a medal for your country added something extra.

Haikal of Malaysia, who defeated BigStuff, found it impossible to shy away his joy, suggesting that the scale of the competition is what makes it "very different" compared to others.

While athletes soak in these landmark moments in their careers, conversations surrounding esports’ future relationship with the Commonwealth Games continues.

The GEF and the CGF have a Memorandum of Understanding together and this directly resulted in the creation of the Commonwealth Esports Forum and Championships.

CGF chief executive Katie Sadleir has recently told insidethegames that its inclusion at the Commonwealth Youth Games is a "possibility".

Sadleir added that this event is a "pilot" and the organisers have collectively set objectives.

Trinidad and Tobago was awarded the 2023 edition of the Commonwealth Youth Games at the CGF's General Assembly last month.

Nevertheless, Tadpole is hopeful that esports will continue to have a role in collaboration with the Commonwealth Games in the future.

"As long as we can do it right - to make sure it is done properly - I see no reason why it can’t expand from here and become such a big global event," he said.

"I would love to see the event happen again in four years.

"I would love to see even more teams come to the live event.

"It could be brilliant."