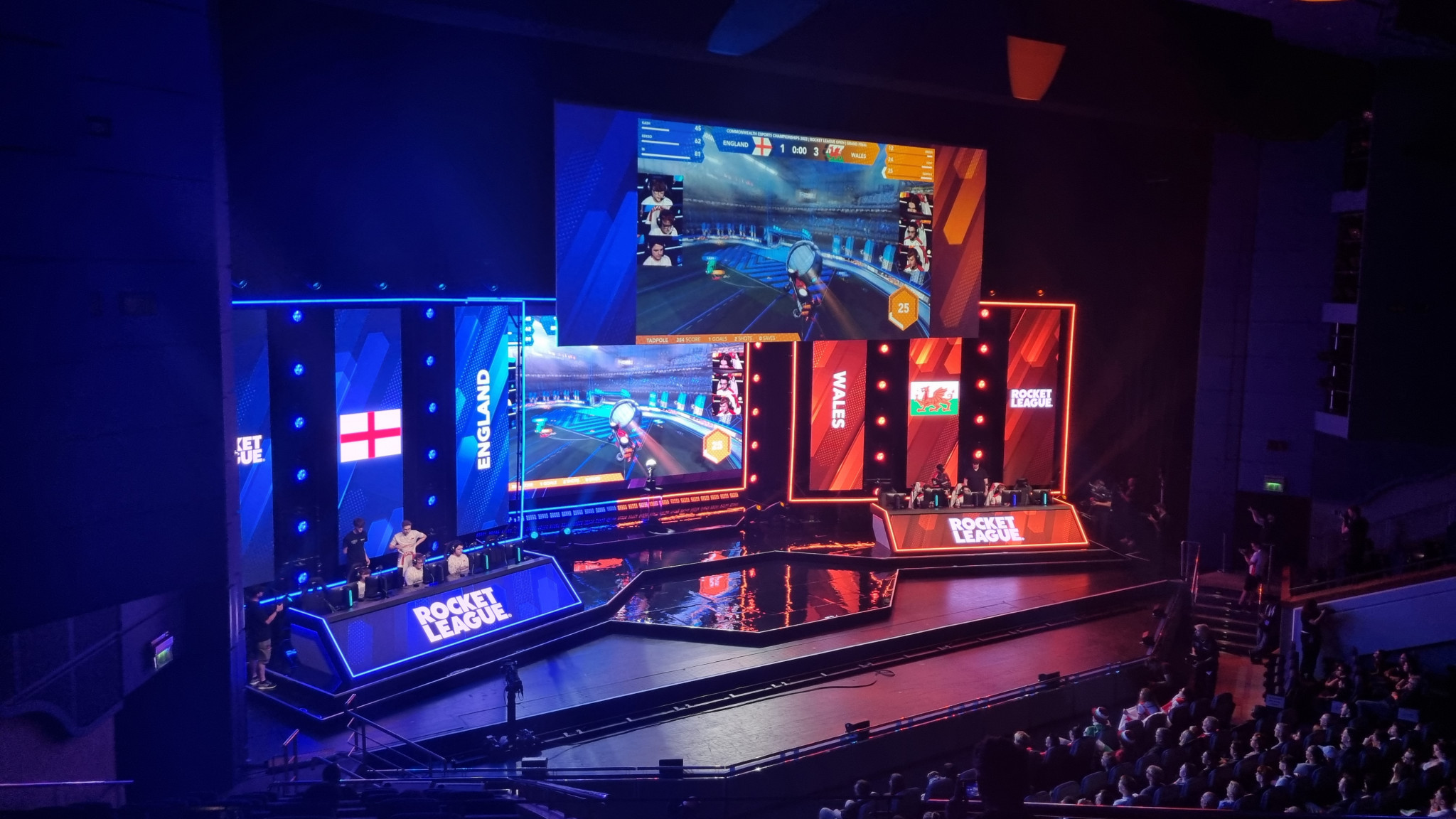 Wales were on fire during their Rocket League open grand final as they swept England to seal the first Commonwealth Esports Championships at the International Convention Centre in Birmingham.

England’s attack was completely suffocated during the best of five series, causing the hosts to be unable to find the goal in approximately 13 in-game minutes across the three games.

The achievement was a grand farewell to Wales’ Tadpole, who is retiring as a player and plans to become a coach.

Initially, England started the better of the two sides as they took an early 1-0 lead in the first game.

However, Wales, were unbothered and proceeded to net three goals to claim their first win.

They followed it with a stunning defensive display in the second game to edge the tie 1-0.

England’s frustration at their opponent’s resilience at the back was clear and it did not stop as Tadpole scored to put Wales on course in the championship match.

Another two goals for Wales all-but confirmed the title, with the match ending 3-1 after a late consolation.

In the bronze medal decider, Australia swept aside The #worldconnected South Africa 3-0.

Malaysia were victorious in the eFootball gold medal encounter against Scotland.

Haikal, who represented the Asian country, and Scotland’s Bigstuff both selected England Premier League club Manchester United for their duel.

However, it was Malaysia who proved to be more effective after winning 1-0 and then 2-1.

Wales claimed their second medal of the tournament through CerithDennis overcoming Gibraltar’s xDeanoSZN.

One 🥇 medal… but a HUGE team effort ❤️

The first match was a nerve-wracking affair as Gibraltar, who also played as Manchester United, came back from 2-0 to take the match to a penalty shoot-out.

Wales were competing as Bayern Munich.

Tension was everywhere, but it was the Welsh player who got the better of his opponent in the climax.

With the match on the line, Gibraltar fought for their lives to recover from a 1-0 deficit to win 2-1 in the dying embers of the second game.

Following on from the disappointment, xDeanoSZN came out fast into the decider and delivered the only goal just seconds after the start.

Malaysia also claimed the DOTA 2 women gold medal thanks to an overall cruising display against England.

They beat the hosts 2-0 in the three-match series.

The competition is scheduled to finish tomorrow.