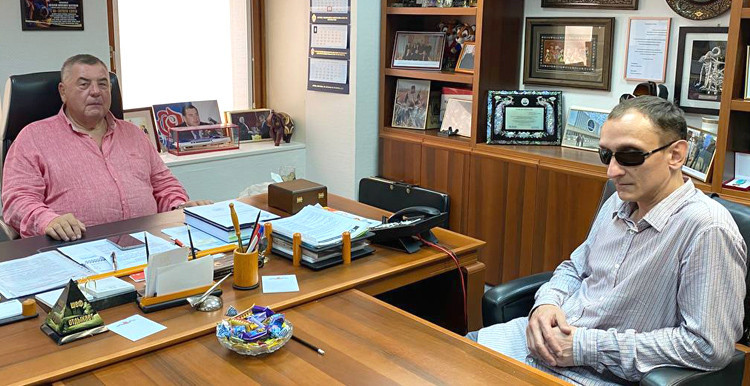 Asia is being targeted as a growth area for sambo for the blind.

Roman Novikov, who chairs the International Sambo Federation (FIAS) Commission for Athletes with Disabilities, described Asia as an area with "high potential for development" following a meeting with FIAS President Vasily Shestakov.

"Over the past few years, we have seen that Asian sambo is steadily gaining weight in the international arena," Novikov said.

"I believe that sambo for the blind and visually impaired has a high potential for development in this region.

"In many Asian countries, there are blind and visually impaired sambists who are actively training and want to compete.

"I am sure that in the near future it is necessary to hold continental sambo competitions for this category of wrestlers."

The Sambo Association of Uzbekistan was highlighted at the meeting of Novikov and Shestakov as it staged its first competition for sambists who are blind and visually impaired this year.

The FIAS has set a long-term goal of Paralympic inclusion as it seeks to develop sambo for the blind.

Its first international tournament for sambists who are blind and visually impaired was due to be staged in Moscow in March, but the World Sambo Super Cup was called off as all FIAS events in Russia and Belarus have been suspended because of the war in Ukraine, in line with International Olympic Committee (IOC) guidance.