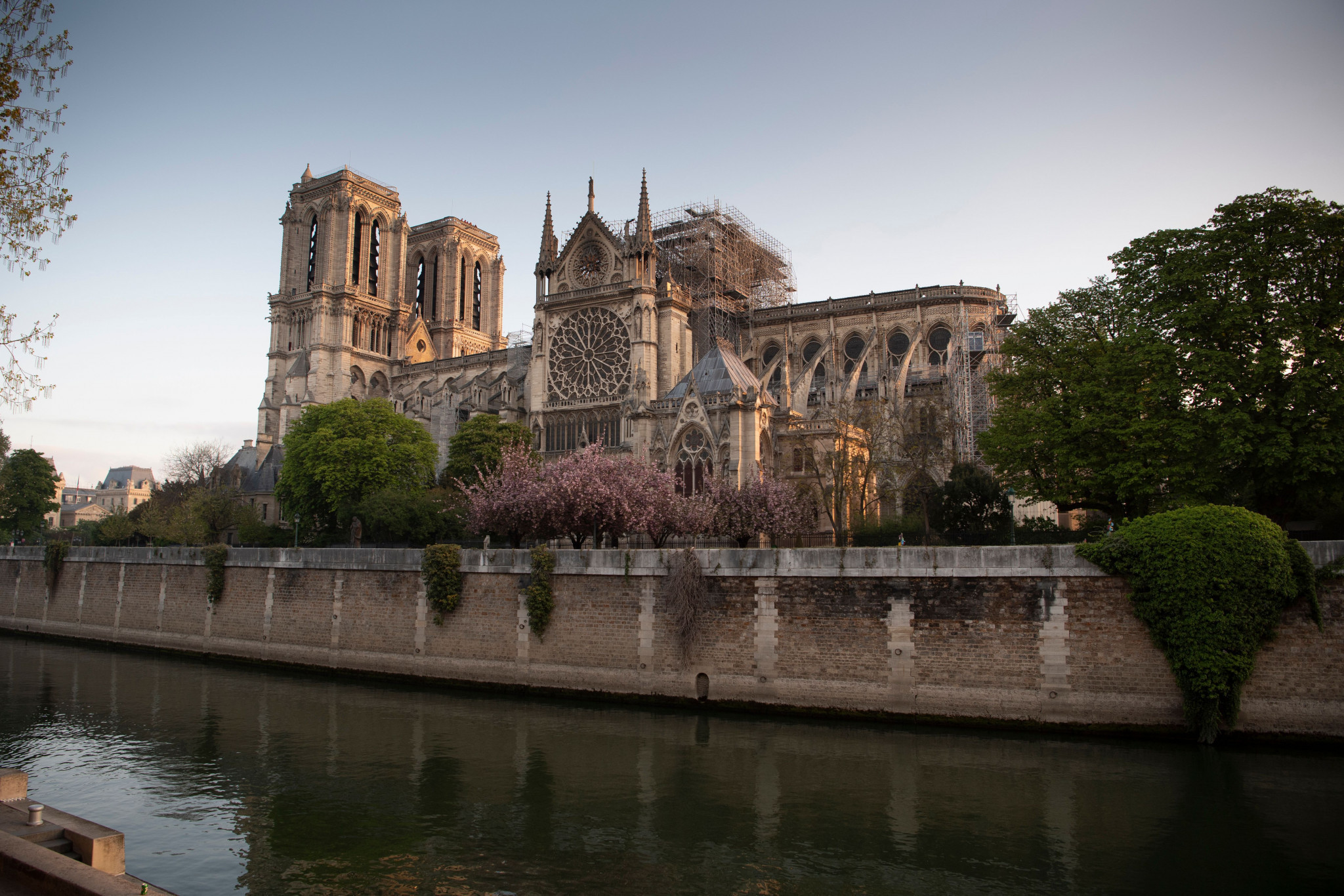 French Culture Minister Rima Abdul Malak has voiced confidence in the speed of restoration work at Notre-Dame cathedral, which has been given a target of reopening in time for the 2024 Olympics and Paralympics in France.

Abdul Malak told reporters she is "confident that 2024 will be the year a large part of this work is completed" on a visit to the holy site.

The cathedral was badly damaged by a 2019 fire which destroyed the roof and brought the famous spire crashing down.

Dangerous lead was released by the fire, which needed removing and meant there was a delay before reconstruction could begin.

However, French President Emmanuel Macron was among those to state an ambition of Notre-Dame reopening its doors when Paris welcomes the world for the Olympics and Paralympics in 2024.

According to Abdul Malak and the Ministry of Culture, this goal remains likely to be met.

In excess of €750 million (£632 million/$764 million) was raised for the restoration fund in just 10 days after the fire, with corporations and individuals donating side-by-side.

The IOC raised eyebrows, with some arguing that the money could have been put to better use.