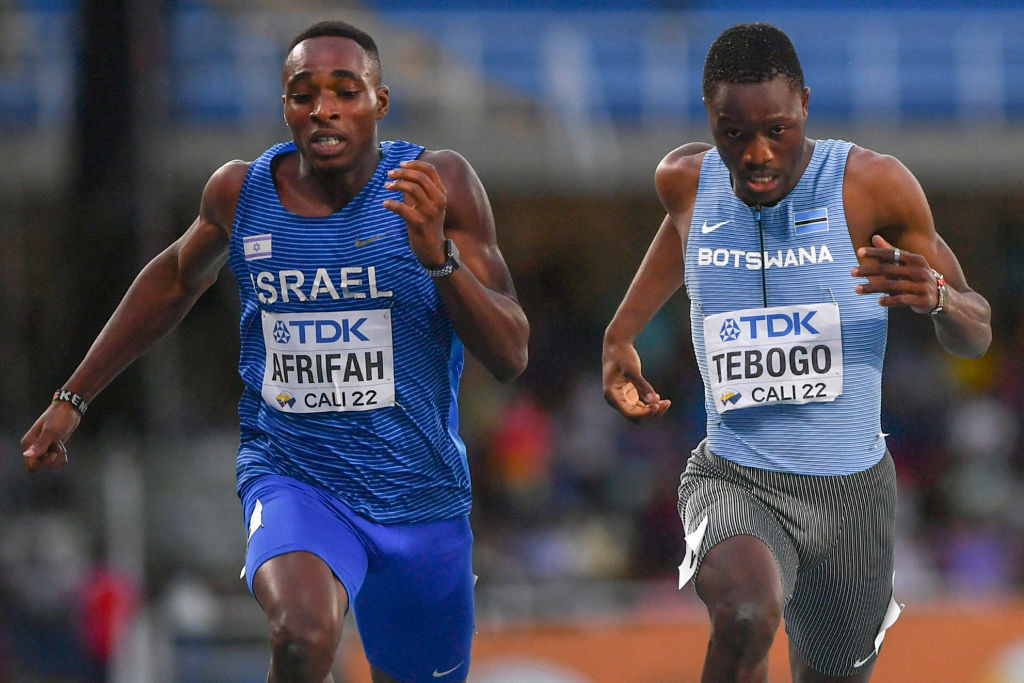 Botswana’s stellar sprinting talent Letsile Tebogo, who reduced the world under-20 100 metres record to 9.91sec earlier this week, lowered the World Athletics Under-20 Championships 200m record to 19.96 in Cali - and it wasn’t enough to win.

The 19-year-old ran shoulder-to-shoulder down the home straight with Israel’s 18-year-old Blessing Akawasi Afrifah, and it was the latter athlete who got the gold in a photo-finish, by six thousandths of a second.

It was another staggering example of what the wider athletics world is about to experience in the coming years.

Both had been impressive through the rounds, with Afrifah running three consecutive personal bests - 20.37, 20.17 and then 19.96 - and Tebogo following his 100m victory with a championship record of 19.99 in the heats.

But given the manner in which the Botswana athlete had won the 100m title, breaking the world under-20 record despite celebrating well before the line, he was the overwhelming favourite to take the longer sprint title.

"I’m so emotional. I’m out of words," Afrifah, who finished seventh in the 200m final at last edition of this event in Nairobi, told World Athletics.

"For a second, I thought 'OK, I’m second, but I am very happy to be second to Tebogo'.

"I achieved my dream."

After six races in four days, Tebogo said: "This is the best race that I have ever run in my life so far.

"I’m really grateful for the performance and it’s not everybody who can run these fast times, four days in a row."

In the men’s 400m, South Africa’s Lythe Pillay, fourth in Nairobi, had time to celebrate his win before crossing the line in a personal best of 45.28sec.

In the women’s 400m hurdles final 17-year-old Akala Garrett of the United States earned gold with a well-judged race, winning in 56.16sec, with silver going to Sweden’s Hanna Karlsson with 56.71.

Kenya’s 18-year-old Faith Cherotich led from start to finish in the women’s 3,000m steeplechase, in which she had finished third on her home track in Nairobi the previous year.

There was only one medal in her mind this time and she secured it with a time of 9min 16.14sec.

In the heptathlon, Finland’s Saga Vanninen became the fifth champion from Nairobi to retain their title in Cali, scoring 6084 points.

Anthony Ammirati cleared a French under-20 record of 5.75m to win the men’s pole vault.