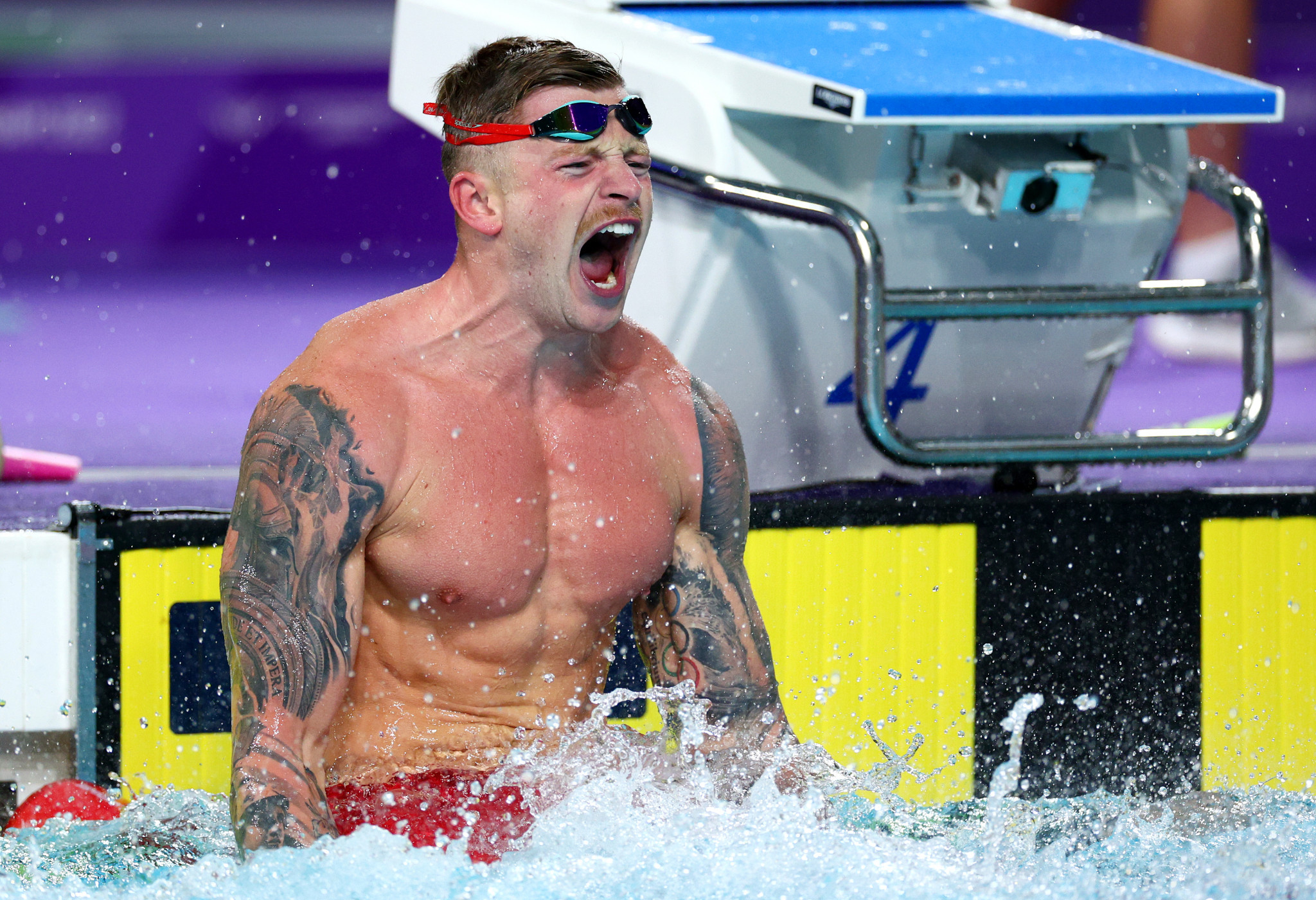 Britain's Adam Peaty redeemed himself in the men's 50 metres breaststroke final at the Birmingham 2022 Commonwealth Games to win his first gold at these Games after he missed out on the podium here in his specialist 100m event two days prior.

The triple Olympic champion and world record holder celebrated emphatically as he clinched the win in 26.76 seconds in front of an ecstatic crowd at the Sandwell Aquatics Centre.

The day before the race he announced it would be his last appearance at the Commonwealth Games.

Peaty touched the wall 0.21 seconds ahead of Australia's Sam Williamson who managed to pip Ross Murdoch to silver.

The Glasgow 2014 200m champion was on course for second place but tailed off in the last few metres to record a 27.32-second finish.

Peaty came under fire after his shock defeat in the 100m breaststroke on Sunday (July 31), his first in eight years, because he suggested it was not that important as the Commonwealth Games is not top of his priorities.

However, his reaction to the win showed just how much it mattered to him as he clinched gold in three consecutive editions of the Games.

Look what it means...

Later on in the evening, Ariarne Titmus of Australia set a new Commonwealth Games record in the women's 800m freestyle as she finished the long distance event in 8:13.59 to cruise past Jazmin Carlin of Wales' 8:18.11 from Glasgow 2014.

It was a podium sweep in the event as Titmus' team-mates Kiah Melverton and Lani Pallister won silver and bronze respectively.

Canada were looking likely to leave empty handed but a late burst from Ruslan Gaziev saw them climb to second place and push England into bronze and Scotland off the podium.

Col Pearse led an Australian one-two with Alex Saffy in the men's 100m butterfly S10 final while compatriot Jasmine Greenwood also won gold in the only other Para swimming final of the night ahead of Canada's Aurelie Rivard and countrywoman Keira Stephens.

She was joined on the podium by silver medallist and compatriot Tatjana Schoenmaker and third-placed Chelsea Hodhes of Australia.

Brodie Williams triumphed in the men's 200m backstroke in what was one of the most exciting finals of the night as six athletes battled for podium spots over the closing metres before the Englishman eventually came out on top in 1:56.40.

Silver was shared in the men's 100m butterfly between England's James Guy and Australian Matt Temple as they both finished in 51.40 which was 0.26 behind Josh Liendo of Canada who took gold.