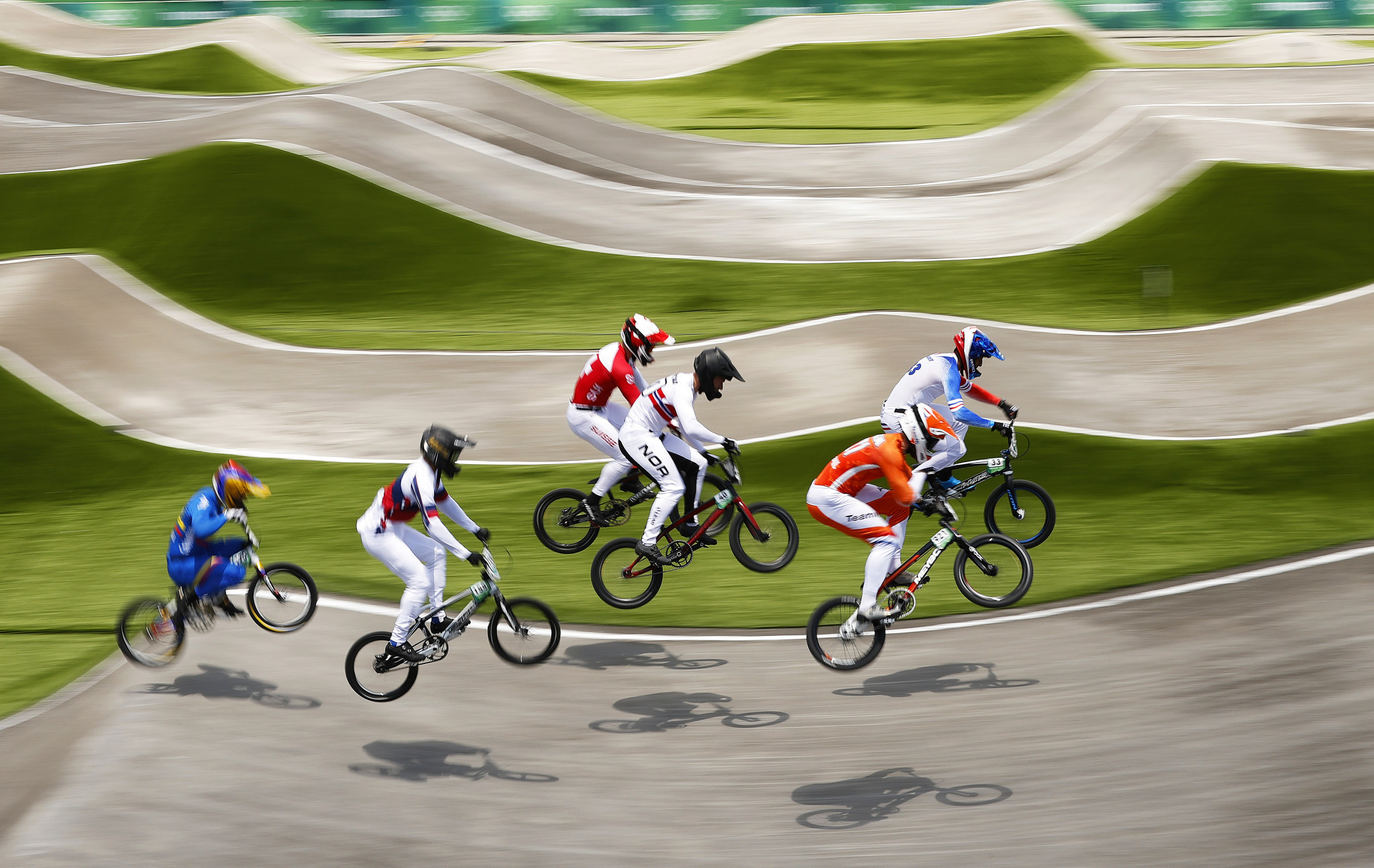 Stancil was neck and neck with Marquart's compatriot Zoe Claessens in the elite women's race in France for the whole final and snatched victory by a whisker as she crossed the line in 33.144 seconds, 0.010 ahead of her rival.

Merel Smulders of The Netherlands received the bronze medal as she posted a time of 33.160.

"Oh my, I am still taking it all in," said Stancil.

"Growing up at the UCI BMX Racing World Championships meant so much to me.

"I won my second World Championship when I was 10 years old in France so this place is already special to me.

"At the beginning of the year at my first race I had my worst injury and I've only been cleared for three months now.

Check out the 60sec of @TISSOT action at #Nantes2022 pic.twitter.com/R1fL7Uigmb

"This is my first elite title, I'm in shock right now."

The elite men's race saw four home riders in the eight-strong line-up, but it was the Swiss who would end up triumphant.

"I knew that there was going to be carnage in the final so I was pretty happy about starting from lane six," said Marquart.

"I thought it was the perfect lane to stay out of trouble but I had to get a good gate.

"I got second or third into the first turn and I think Eddy cased the first jump and someone was on the outside of him and I thought, ‘yes, sweet, I got this’ and finished an unreal lap.