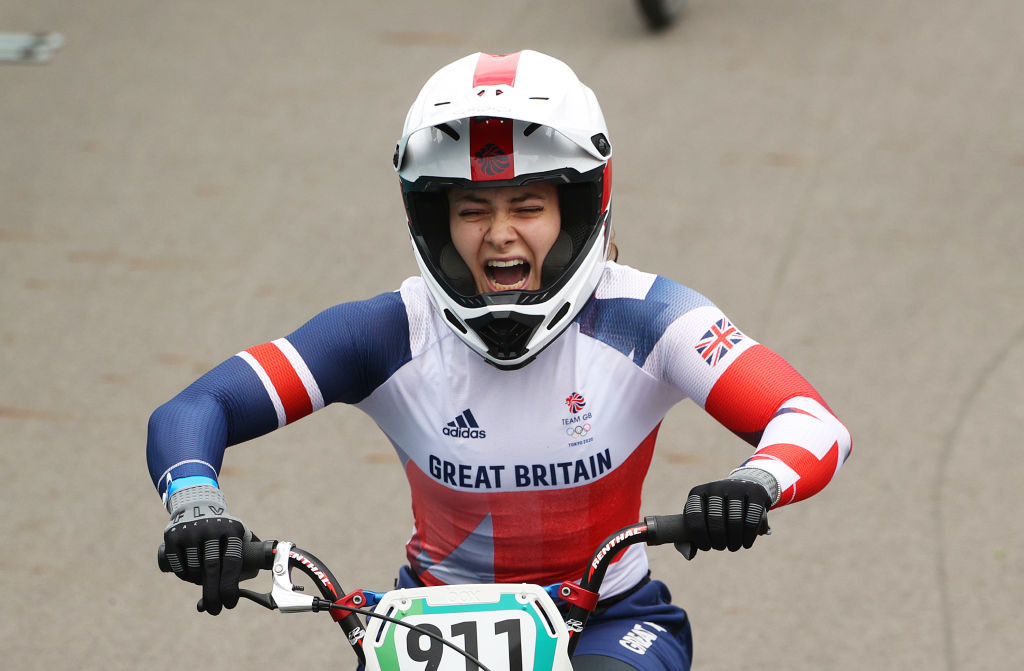 Niek Kimmann of The Netherlands and Britain's Bethany Shriever added BMX World Championships gold to their Olympic titles on a thrilling day of racing in Papendal.

Shriever triumphed in the women's event before Kimmann topped the podium in the men's competition on home soil at an event held over a single day because of COVID-19 restrictions.

The Briton, a shock winner of the gold medal at the Tokyo 2020 Olympic Games last month, eased to victory after a three-rider crash put paid to American Alise Willoughby's hopes of retaining her world title.

The Dutch pair of Judy Baauw and Laura Smulders took silver and bronze, respectively, in front of a crowd after organisers allowed spectators to attend the event.

"I've been riding consistently and I just wanted to go out there and have a good time, like I did in Tokyo," said Shriever.

"I went in gate eight, I was relaxed and happy.

"I had an alright start and just managed to dig in and take the win.

"Another gold medal - I can't believe it."

Kimmann, who won his first world title at the age of 19 back in 2015, arrived as the favourite for gold and duly delivered in front of a jubilant Dutch crowd.

Marco Radaelli of Italy won the men's junior crown, with the women's going to Mariane Beltrando of France.