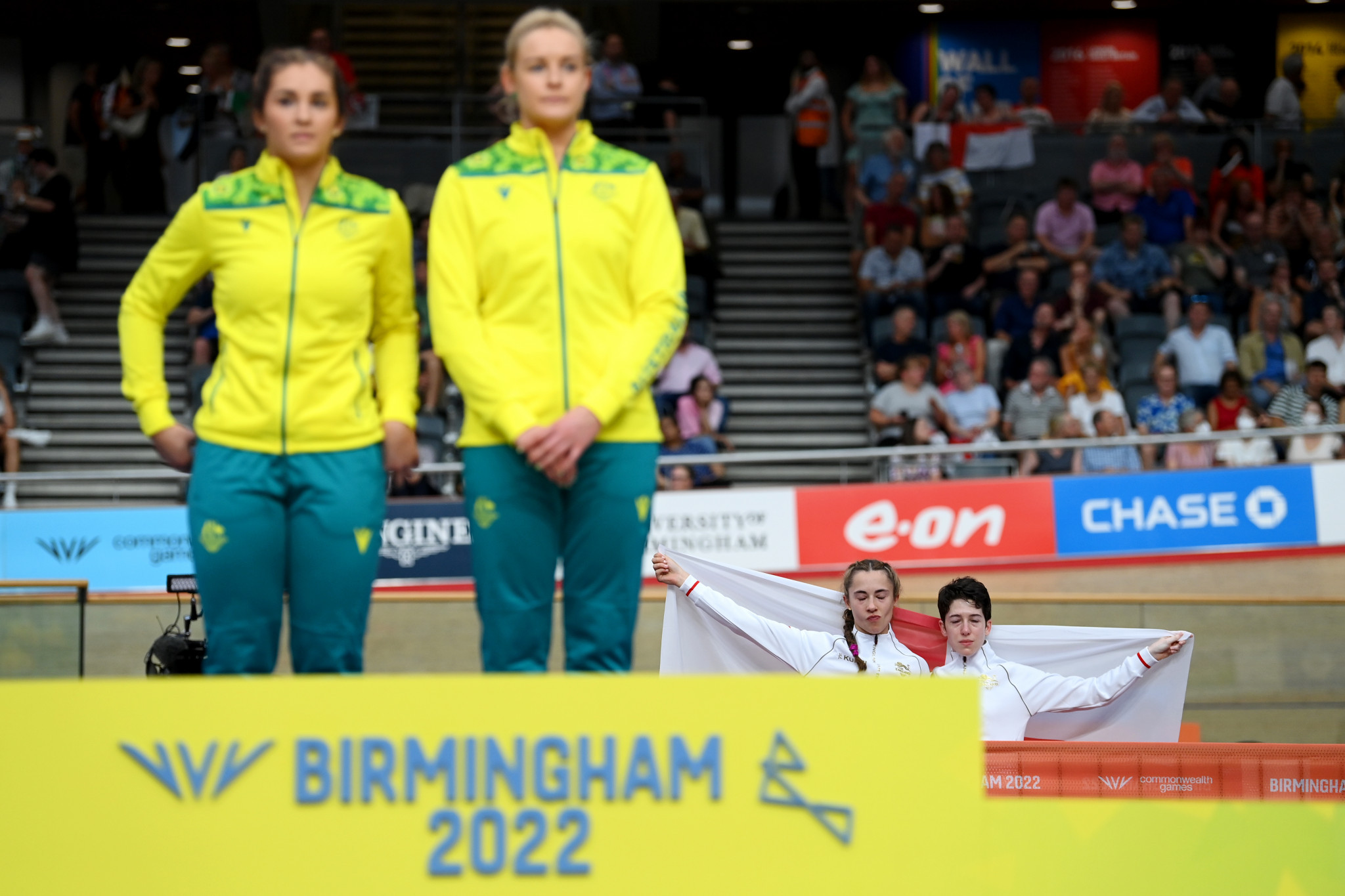 English tandem B sprint cyclist Sophie Unwin and pilot Georgia Holt are not to be awarded the bronze medal in the women's event from yesterday despite finishing third at the Birmingham 2022 Commonwealth Games due to a small number of teams competing, the Commonwealth Games Federation (CGF) has confirmed.

CGF said to insidethegames that the athletes were informed before the competition started, but the scoreboard and results sheets were incorrect.

"In the small number of cases where there are fewer than five entries in a Commonwealth Games event, the CGF applies a medal allocation policy to maintain the integrity of competition," they said to insidethegames.

"Unfortunately, while the athletes in the women's tandem B sprint event were informed of this before the race, the scoreboard and results sheet incorrectly indicated that it was a bronze medal race.

"We apologise to the athletes involved for the inadvertent distress this has caused."

After being denied access to the medal ceremony, the pair posed behind the podium where the empty third-place spot was, while holding the England flag.

McGlynn and Stone advanced to the final after Unwin and Holt were deemed to have moved irregularly in the deciding heat, relegating them to what was called the bronze medal race.

In that race for third, they defeated Scotland's Libby Clegg - Paralympic and Commonwealth champion in athletics - and her pilot Jenny Holl in straight heats.

On the screens here at the Lee Valley VeloPark, it said Unwin was the bronze medallist, but the visually-impaired rider was left in tears after being denied a spot on the podium, or a medal.

If five teams had competed, they would have received the bronze.

A spokesperson for Cycling England confirmed they were still in talks with the CGF over clarification of the rule.

In protest to what they believe should have been allowed, Unwin and Holt borrowed bronze medals and Perry the Bull mascots from their team-mates and unofficially stood on the podium afterwards.

In the same event at Gold Coast 2018, only gold medals were awarded as three teams competed, with the same rule being in place for the time trial event.

Insidethegames understands from both parties that discussions are taking place today.