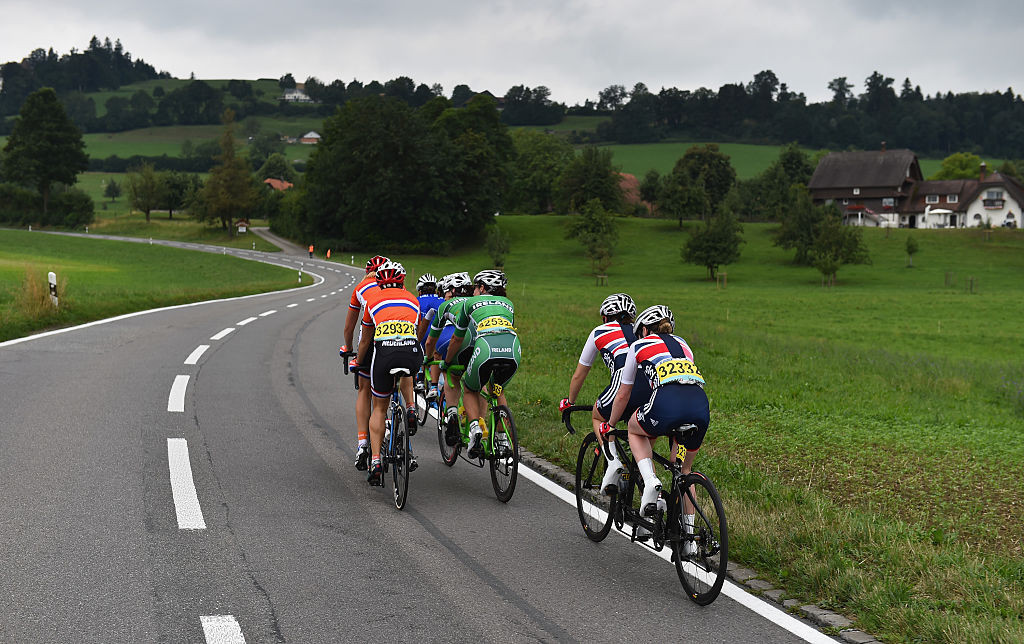 With his guide Noel Infante aboard, Balbao powered his tandem across the line to win a classic sprint finish in which the top four were all credited with the same time of 2hr 33min 4secs to cover the total distance of 117.6 kilometres - 14 laps of the same 8.4km loop on the former F1 Estoril circuit.

Silver went to Vincent Ter Shure of The Netherlands, guided by Timo Fransen, one place ahead of compatriot Tristan Bangma, guided by Patrick Bos.

Spain’s Adolfo Bellido Guerrero, guided by Eloy Teruel Rovira, was the unlucky one to just miss the podium.

Unwin, guided by Jenny Holl, won the women’s title at this International Cycling Union (UCI) event in a sprint finish after a race of 100.8km over 12 laps.

Ireland’s Katie-George Dunlevy, guided by Eve McCrystal, took silver and bronze went to Britain’s Lora Fachie, guided by Corinne Hall, as all three were credited with a time of 2:34.34.

Cycle road racing began with the men’s C4-C5 categories, and the C4 winner was Patrik Kuril of Slovakia who finished in 2:05.49, four seconds ahead of George Peasgood of Britain, with Ireland’s Ronan Grimes taking bronze.

The men’s C5 title went to Brazil’s Lauro Chaman who finished in 2:05:47 ahead of Ukraine’s Yehor Dementyev on a sprint, with bronze going to France’s Kevin Le Cunff at 1min 20sec.

The women’s C3 road race was won by Sweden’s Anna Beck in 1:40.07, in a sprint from Denise Schindler of Germany, with Britain’s Daphne Schrager third, 3min 30sec behind.