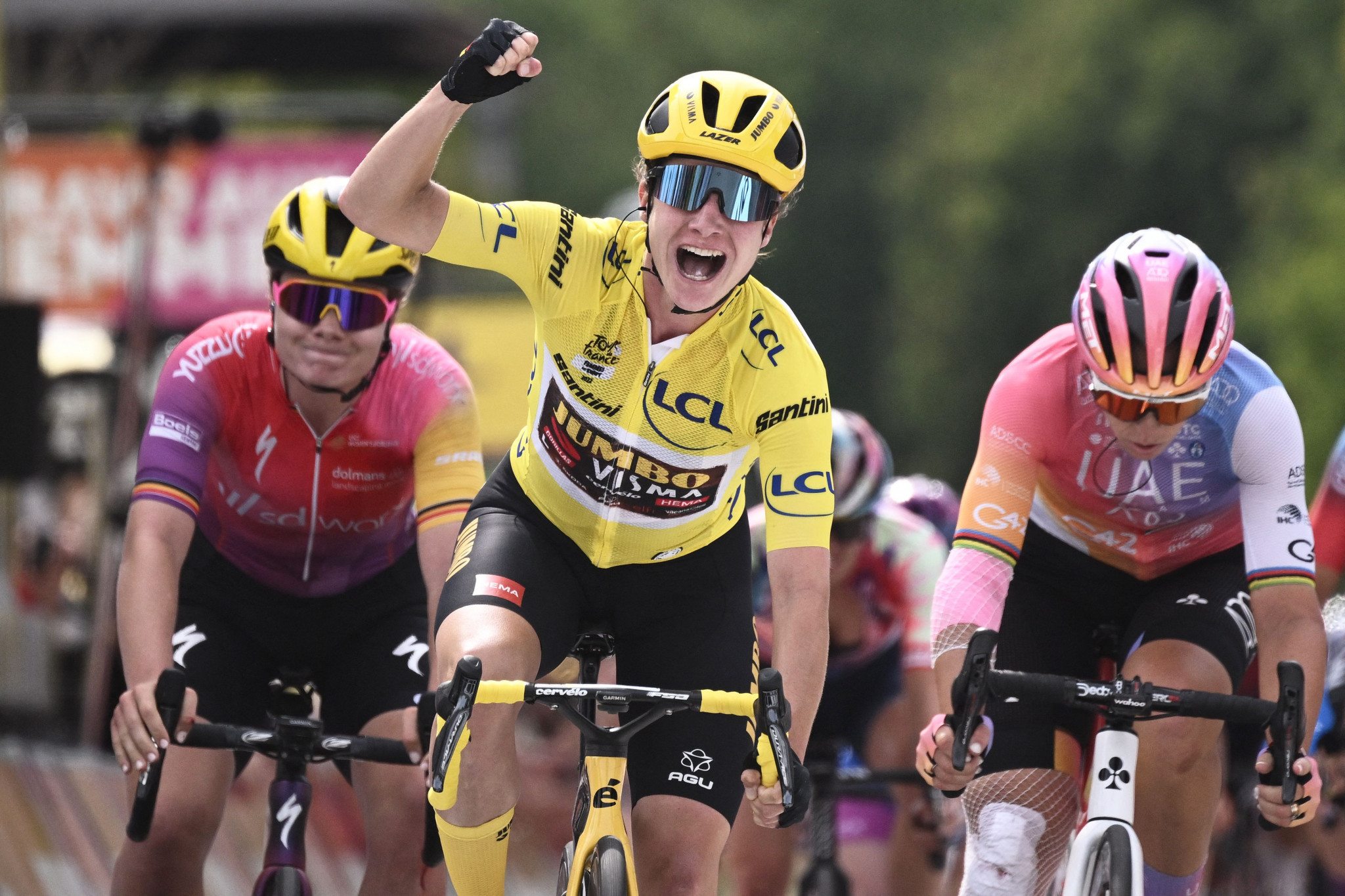 Marianne Vos extended her overall lead in the Tour de France Femmes with a stage-six victory in Rosheim, her second of the race.

Vos of The Netherlands has held the yellow jersey since winning the second stage on Monday (July 25), and came out on top in a sprint finish to the 129.2 kilometres route from Saint-Dié-des-Vosges to Rosheim.

The victory earned Vos a 10-second time bonus, and moves her 30 clear of Silvia Persico of Italy and Valcar-Travel & Service and Poland's Katarzyna Niewiadoma of Canyon-SRAM.

Persico and Niewiadoma placed fifth and eighth, respectively, in Rosheim.

Vos' compatriot Lorena Wiebes of Team DSM has won two stages on the Tour de France Femmes, but her hopes of a third were ended after being involved in a crash.

Bastianelli and Kopecky were also involved in the incident, but recovered to finish second and third in that order.

The Tour de France Femmes is set to conclude with two mountain stages tomorrow and on Sunday (July 31), which have the potential to shake up the general classification.

Tomorrow's route is 127.1km from Sélestat to Le Markstein.