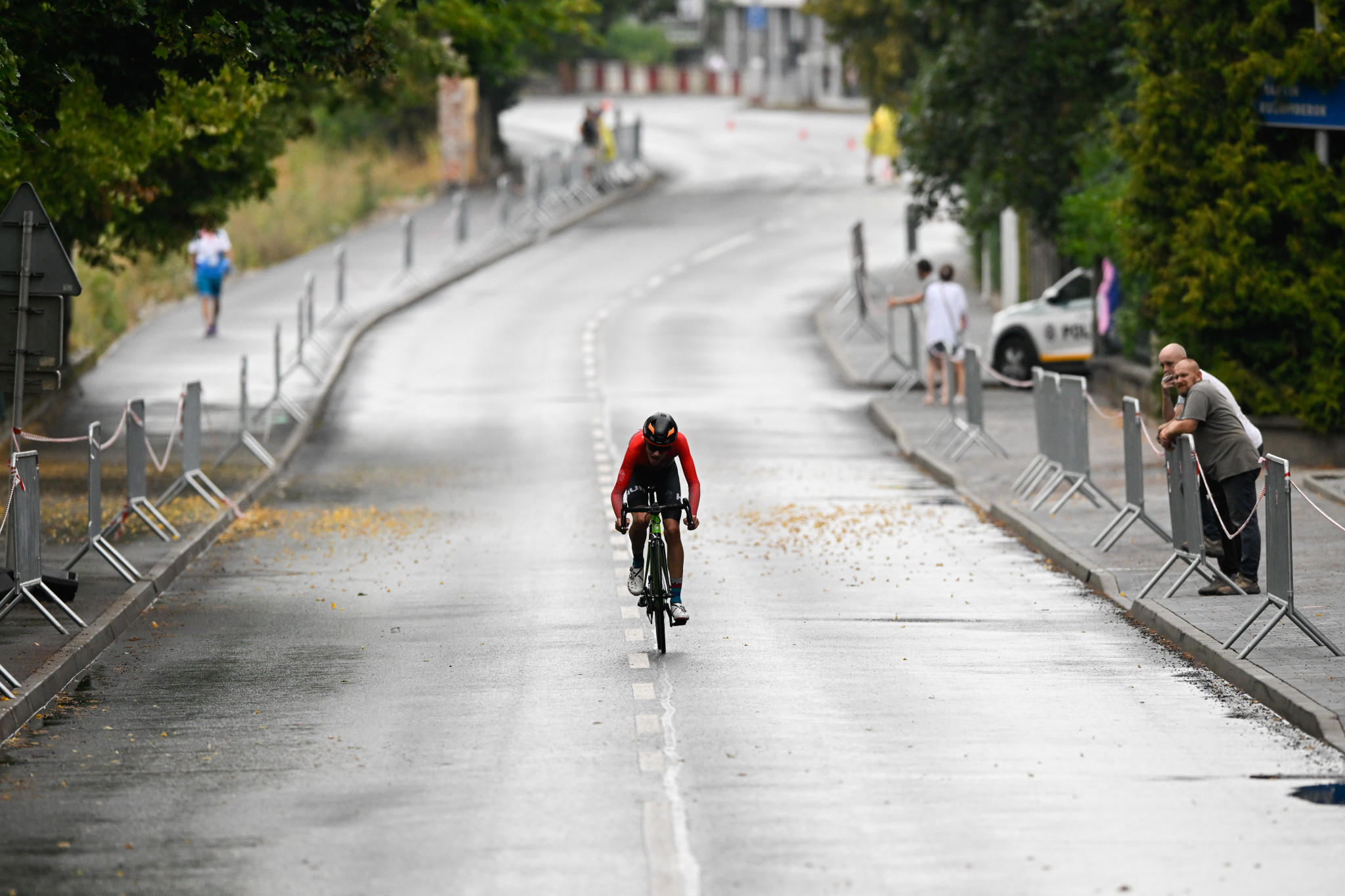 Crowds gathered to line the opening stretch of the course at the SNP Square and created a lively atmosphere in support of the young athletes, with one couple even watching on from the balcony of the city's clock tower.

Ferguson, who was crowned national cyclo-cross champion for her age in January, added a second major win of the year.

The 16-year-old was released 70th out of the starting gate from a 78-strong field and was electric around the circuit's 8.4 kilometres.

She overtook several opponents along the quick but technical route on the way to registering a time of 12min 11.58sec.

Paula Jessica Ostiz Taco navigated the cobbled sections superbly in the Slovak city to ensure she stood second on the podium.

The Spaniard crossed the line 3.59sec slower than Ferguson but was nevertheless delighted with the feat at the medal ceremony.

Rounding out the top three was Poland's Anna Gaborska, who finished with 12:19.10 on the clock.

Italian duo Alice Bulegato and Beatrice Temperoni missed out on the medals in fourth and sixth as they posted times of 12:20.38 and 12:32.21, respectively, and sandwiched The Netherland's Megan Arens who was 13.25sec off the leading pace.

Ireland's Sam Coleman got the boys' event underway in the afternoon before the weather took a turn and rain came pouring down.

The poor conditions did not deter a remarkable performance from Goszczurny as he fearlessly weaved in and out of the tight corners to set a winning time of 10:47.90, leaving the rest of the field with little hope.

The Czech Republic's Pavel Sumpik came closest but was still 8.59sec off the winning mark as he settled for silver while Britain's Seb Grindley bagged bronze in 10:59.95.

Marceli Pera went immediately after Grindley but got not leapfrog him to join compatriot Goszczurny on the podium as he fell 2.30sec short.

A devastated Konstantinos Berdempes was the only rider not to finish as the Greek slipped on a slippery patch caused by the rain, which derailed his race and has left him in doubt for Thursday's (July 28) road race.

The second and final cycling event of the Banská Bystrica EYOF is set to take place in two days' time.

The girls' competition will see athletes navigate a 57.8km route, while the boys take on a 65.8km course.