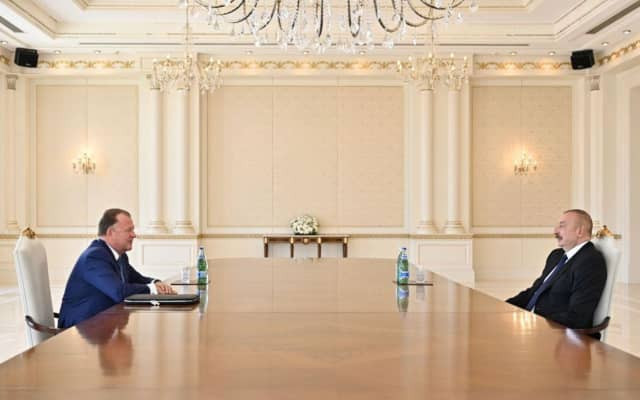 International Judo Federation (IJF) President Marius Vizer met with the President of Azerbaijan Ilham Aliyev to discuss the development of the sport in the country.

Aliyev thanked Vizer for the IJF’s support, pointing out the recent success of Azerbaijani judoka at international events.

From Barcelona 1992 champion Nazim Huseynov to Hidayat Heydarov, European champion and gold medallist at the recent Hungarian Grand Slam, the country has had great success in the sport.

With an edition of the IJF Grand Slam set to be held in Baku from November 4 to 6, Vizer took the opportunity to hail the successful bilateral cooperation between IJF and Azerbaijan Judo Federation.

Last year, the IJF had claimed it assisted in the release of Robert Vardanyan, an Armenian judoka taken prisoner by Azerbaijan during fighting in the long-running Nagorno-Karabakh conflict.

Vizer and the Armenian Judo Federation lobbied for Vardanyan's release following which the IJF thanked Aliyev.

"We would like to express our deep gratitude to the President of Azerbaijan, His Excellency Ilham Aliyev and the Azerbaijan judo family," read an IJF statement at the time.

The latest meeting between IJF and Aliyev demonstrates strong ties between the two parties.

The Azerbaijan Judo Federation, under the leadership of its President Rashad Nabiyev, is set to celebrate its 50th anniversary this year.