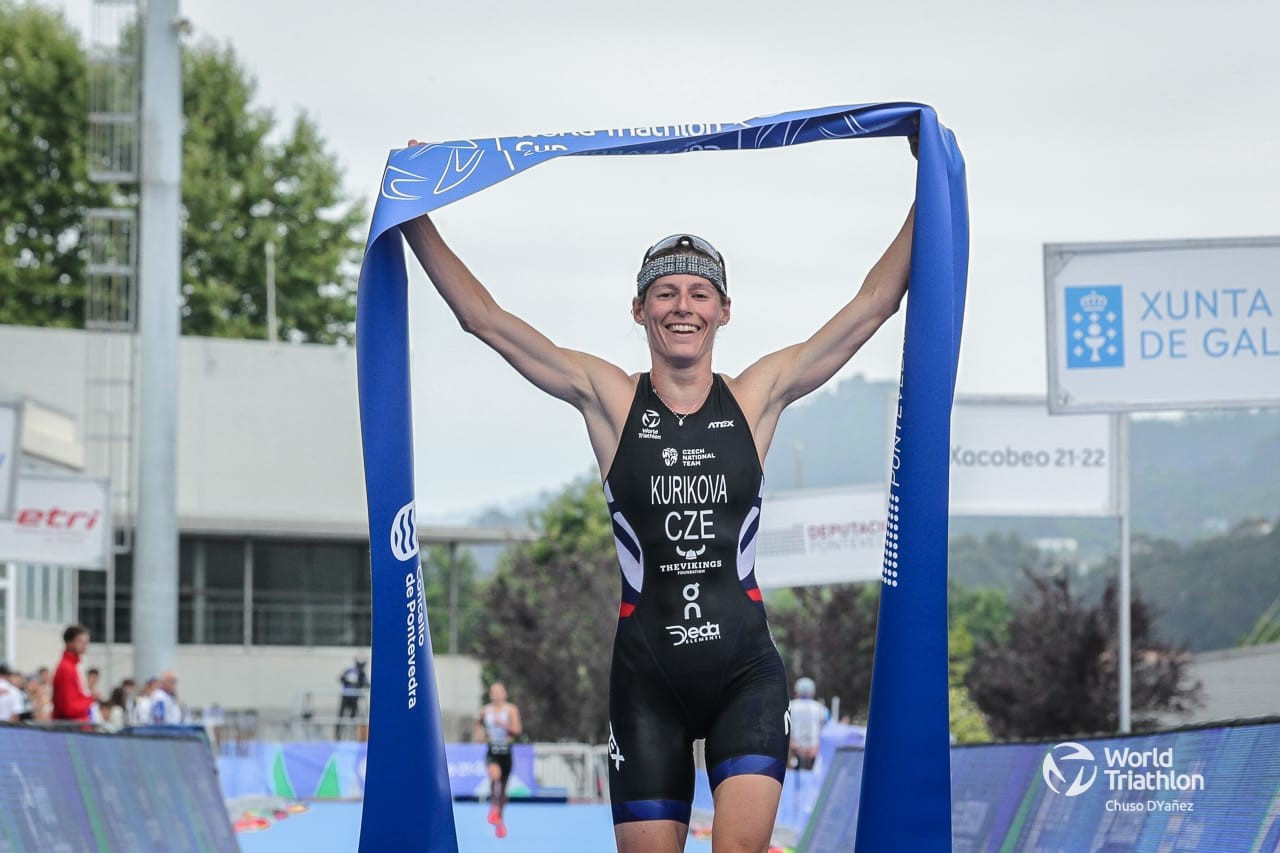 The Czech Republic's Kuříková raced to an impressive win by 12 seconds over Germany's Lisa Tertsch in the women's elite race at the "Buenos Aires" venue in Pontevedra.

The course began with a 1,500 metres swim on the Lerez river, eight laps to cover 40 kilometres on a flat bike course and a 10km run across the city.

Kuříková trailed the frontrunners after the swim and bike legs, but a superb 10km run of 33min 28sec was comfortably the quickest from the field of athletes, and helped her to take gold in 1 hour 57min 43sec.

France's Sandra Dodet was third-fastest on the run with 33:55, and her 1:58.08 effort clinched bronze, beating Luxembourg's Eva Daniels by three seconds.

Kuříková expressed her delight at a first World Cup win at the age of 31.

"We were a big group on the bike and I was a little bit scared, I was at the back of the group but then it was a run race, I know I am a good runner so it was good for me."

The crowd support from the Spanish city was appreciated by all today! ?? pic.twitter.com/lihXZf2klK

The trio led for most of the finishing 10km run, before Baxter Cabrera pulled clear in the final 1km, completing it in 29:45.

"It feels amazing," Baxter Cabrera, a bronze medallist at the 2019 Junior World Championships, said after his victory.

"I really didn’t expect to win.

"I knew I was one of the favourites having number four.

"I had a bad swim and got pretty bashed around and then it was time to catch up on the bike and push as hard as I could on the run.

"I was just thinking of the hard work I’ve put in over these weeks and months and it’s paid off big time."

Bergen in Norway is due to stage the next leg of the World Triathlon Cup on August 27 and 28.