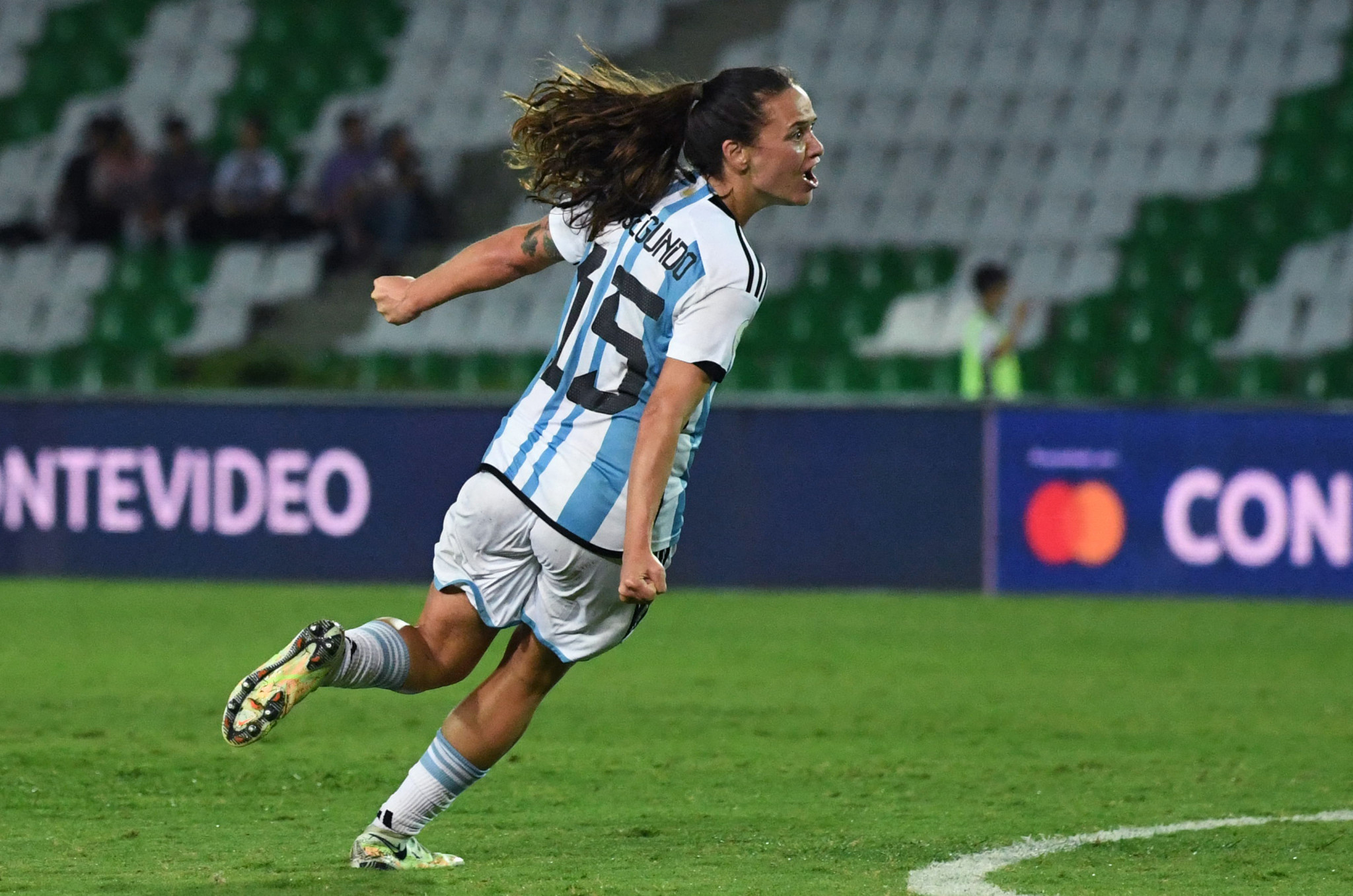 Florencia Bonsegundo scored the crucial goal that secured Argentina's qualification to the Copa América Femenina semi-finals to join Brazil who were also in action in Colombia.

La Albiceleste beat Venezuela 1-0 to secure second place in Group B as Bonsegundo's second goal of the tournament proved vital at the Estadio Centenario in the city of Armenia.

The result meant that Germán Portanova's side clinched the last progression spot while Venezuela had to settle for third place which puts them through to the fifth place match against Chile on July 24.

Brazil solidified their spot at the top of Group B and continued their run of dominant victories with a 6-0 demolition of last-placed Peru at the Estadio Olímpico Pascual Guerrero in Cali.

Duda got the seven-time champions off to the perfect start as she found the net inside the first minute before Duda Sampaio doubled the lead after 17 minutes.

Geyse Ferreira and Adailma Santos made it four moments before half-time while a two-minute double salvo from Fe Palermo and Adriana da Silva shortly after the restart completed the rout.

The Brazilians have scored 17 goals to win all four of their games in the round-robin stage.

Argentina are set to play hosts Colombia on July 25 before Brazil meet Paraguay the following day.

Both semi-finals and the gold medal match are scheduled to take place at the Estadio Alfonso López in Bucamaranga.

The top three finishers in the tournament will qualify for the 2023 FIFA Women's World Cup in Australia and New Zealand.