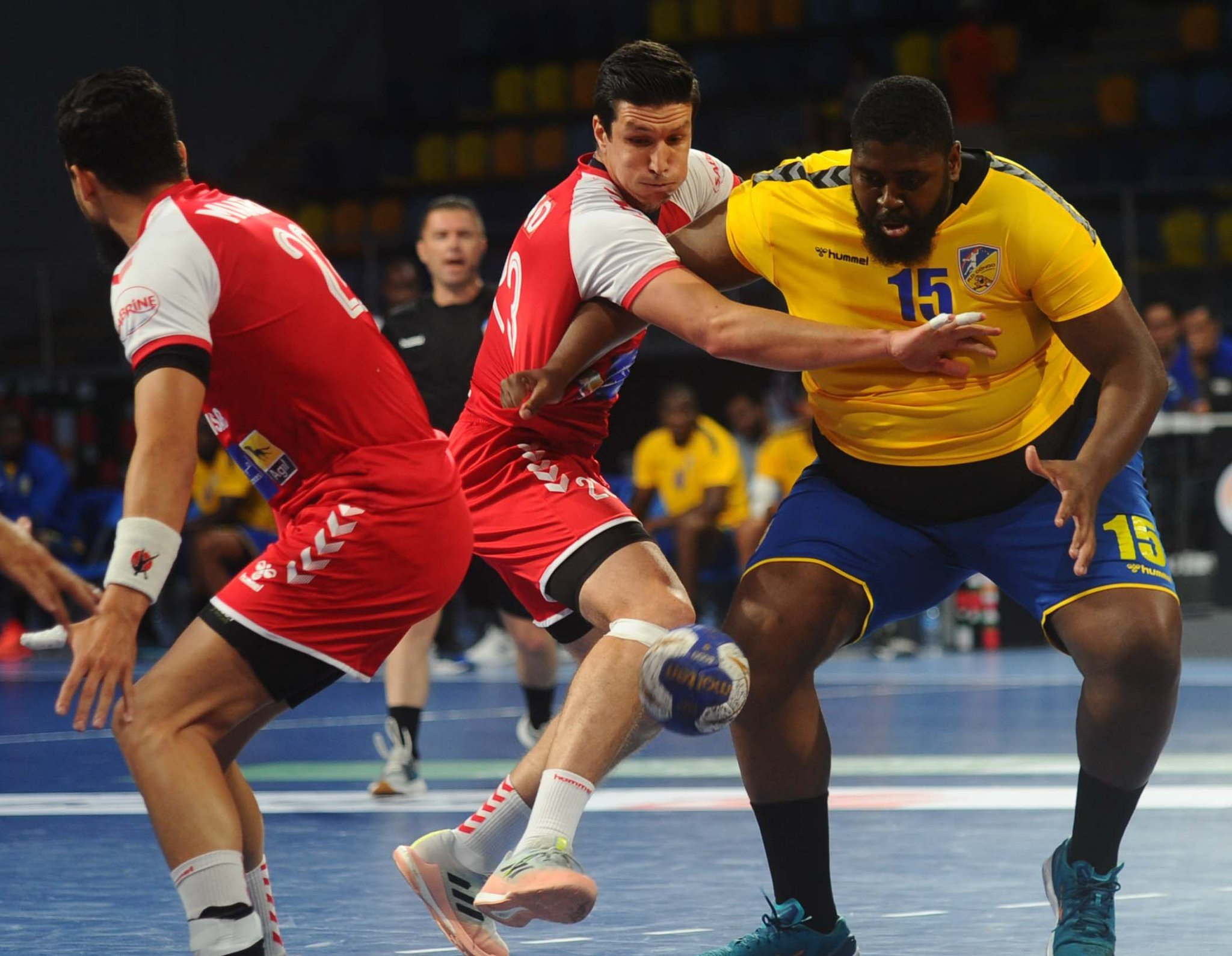 The top five finishers of the tournament all qualify for next year's event scheduled to take place in Poland and Sweden from January 11 to 29.

Morocco were the first to advance as they scraped past Guinea 28-24 at the Hassan Moustafa Sports Hall in the city of 6th of October.

The Atlas Lions led 14-13 at the half-time break and managed to keep their score ticking over to quench a potential comeback.

Morocco are aiming to surpass their previous best at the tournament, a third-place finish at Tunisia 2006.

The tournament was originally supposed to take place in Morocco but was moved due to a potential Algerian boycott after the hosts proposed holding games in the disputed territory of Western Sahara.

Later in the day, Tunisia set up a meeting with Morocco in the semi-finals following a thriller against the Democratic Republic of Congo.

Morocco had to make do without Osama Al-Boganemi who had been ruled out after picking up a muscular injury in training.

The Carthage Eagles found themselves 16-15 down after the first half but brought the score to 31-31 to send the game to extra time.

The Tunisians then prevailed 9-3 to continue their march towards gold.

Tunisia are the most successful team in the tournament's history as they have 10 titles, ahead of Algeria and Egypt with seven.

Hosts Egypt met Algeria in one of the other quarter-finals.

It was a one-sided affair as The Pharaohs thrashed their opponents 34-19.

They are set to meet Cape Verde in the semi-final, who held on for a narrow 24-23 win over Angola.

Cape Verde qualified for the 2021 World Championship, also held in Egypt, after placing fifth in their first participation in the African Championship.

But they had to withdraw from the tournament, after not having the minimum of players available, due to several cases of players who tested positive for COVID-19.

The semi-finals are set to take place tomorrow before the gold medal match on Monday (July 18).