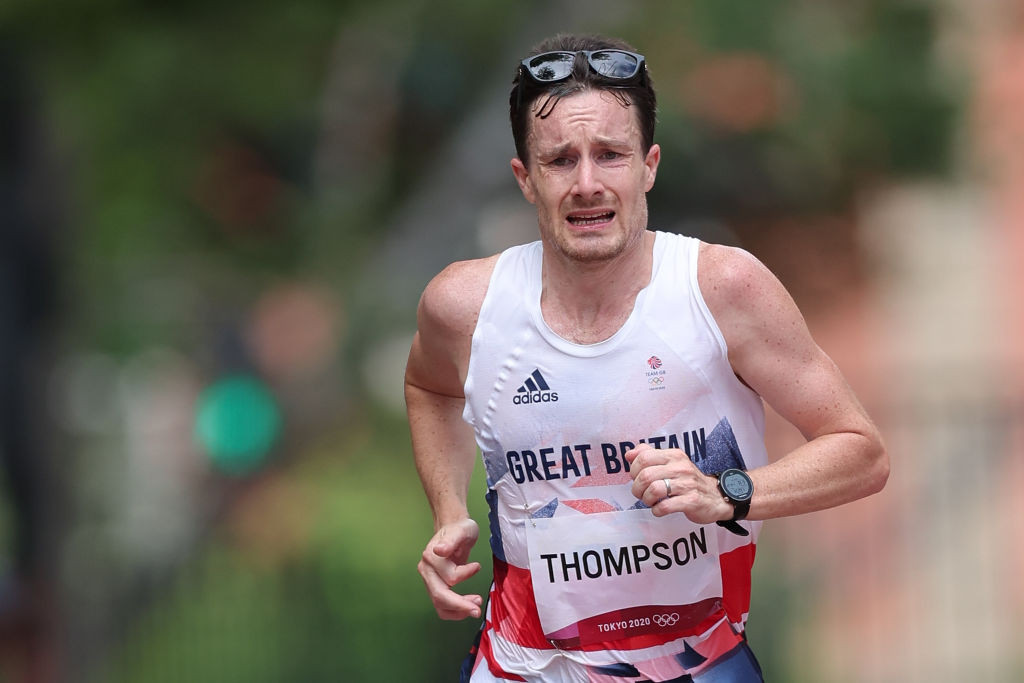 Around 100 would-be participants from countries including India, Jamaica, Libya, Kenya, South Africa, Iran and Britain were still affected by visa hold-ups for the World Athletics Championships Oregon22 as of yesterday (July 14), World Athletics has confirmed.

Meanwhile it has been announced that Britain’s marathon runner Chris Thompson, who competed at last year’s Tokyo 2020 Games, will definitely miss what would have been his World Championship debut at the age of 41 due to "significant delays" in the processing of his visa.

A World Athletics spokesperson told USA Today Sports that as of Thursday 374 visa cases involving athletes or officials had been flagged to a joint committee consisting of local organisers, World Athletics and the U.S. Olympic and Paralympic Committee memebrs.

About 73% of the cases had been resolved, the spokesperson added, leaving around 100 still in various stages of the process.

It is understood that a majority of the individuals are officials but there are still significant numbers of athletes who have b been in limbo at best.

"We continue to follow up with those outstanding visa issues," World Athletics said in a statement.

"International travel in general has become more challenging due to the pandemic and we are extremely grateful for the help and experience of the USOPC in helping to resolve issues that have come up in the last few weeks."

In some cases applications have been filed late, but the general backlogs at United States embassies, where athletes must schedule an appointment and interview in order to obtain a temporary visa, is thought to have been another factor.

"It’s been known US entry visa may be one of the most difficult and (World Athletics) and the organising committee didn’t get ahead of this?"

This is ridiculous! It’s been known US entry visa may be one of the most difficult and WA and the organizing committee didn’t get ahead of this? #WCHOregon22 https://t.co/tl9kBdorAY

UK Athletics confirmed in a statement that Thompson will not compete at Oregon22 "after significant delays in the processing of his US visa."

It added: "UKA had been in close liaison with World Athletics and enlisted help of the UK Government to solve a last-minute hold up, however, due to the close proximity to the marathon on Sunday 17 July, Thompson is now unable to travel and compete.

"I’m absolutely devastated I won’t be in Eugene to compete, said Thompson, who moved up to road running after winning European 10,000m silver behind Mo Farah in 2010.

"This was my major aim for the year and had prepared well for it.

"I’ll never know what might have been, but I had high expectations of myself going out.

"It should never have got to this point and it’s hard to believe it has."

Paula Dunn, the Great Britain and Northern Ireland team leader, commented: "We are gutted that Chris will miss the Worlds as he has worked incredibly hard to be in a position to race here."

"Missed out on representing Libya at Worlds because my Federation couldn’t get visas," sprinter Ahmed Amaar wrote on Twitter on Monday.

"Representation matters and with no support from (World Athletics) there can be no development for smaller Nations."

France-based pole vaulting coach Damien Inocencio wrote on Instagram that two of his athletes, Xu Huiqin and Niu Chunge of China, were among those affected.

Inocencio told USA Today Sports that Xu and Niu had to wait until relatively late in the process to apply for a visa with the U.S. Embassy in Paris because they were not certain of qualification for Oregon22.

Africa’s fastest man, Ferdinand Omanyala, gets his US visa less than 24 hours to the World Athletics Championships in Eugene, Oregon https://t.co/WlcLTJTF6F pic.twitter.com/JtErabsF6E

They submitted their applications on June 8 and the embassy scheduled interview appointments for them on November 9, 2023.

Eventually the pair were able to travel, landing in Eugene on Wednesday, but their coach was unhappy about how the late crisis and arrival may impact on their performance.

"Many athletes will have bad results in Eugene because of that problem," he added.

"I think it’s not fair for athletes.

"Everybody can make mistakes, but (these) mistakes destroy many years of hard work."

Meanwhile Africa’s fastest man, Ferdinand Omanyala has been involved in a last-minute, 22-hour series of flights in order to arrive in Eugene just in time for his scheduled appearance in the 100m heats on day one.

The Tokyo 2020 semi-finalist, who clocked 9.77sec in Nairobi last year, is believed to be accompanied by four fellow athletes, but team-mate Sheila Chepkirui, qualified for Saturday morning’s women’s 10,000m, was unable to travel after failing to resolve her visa application delay.