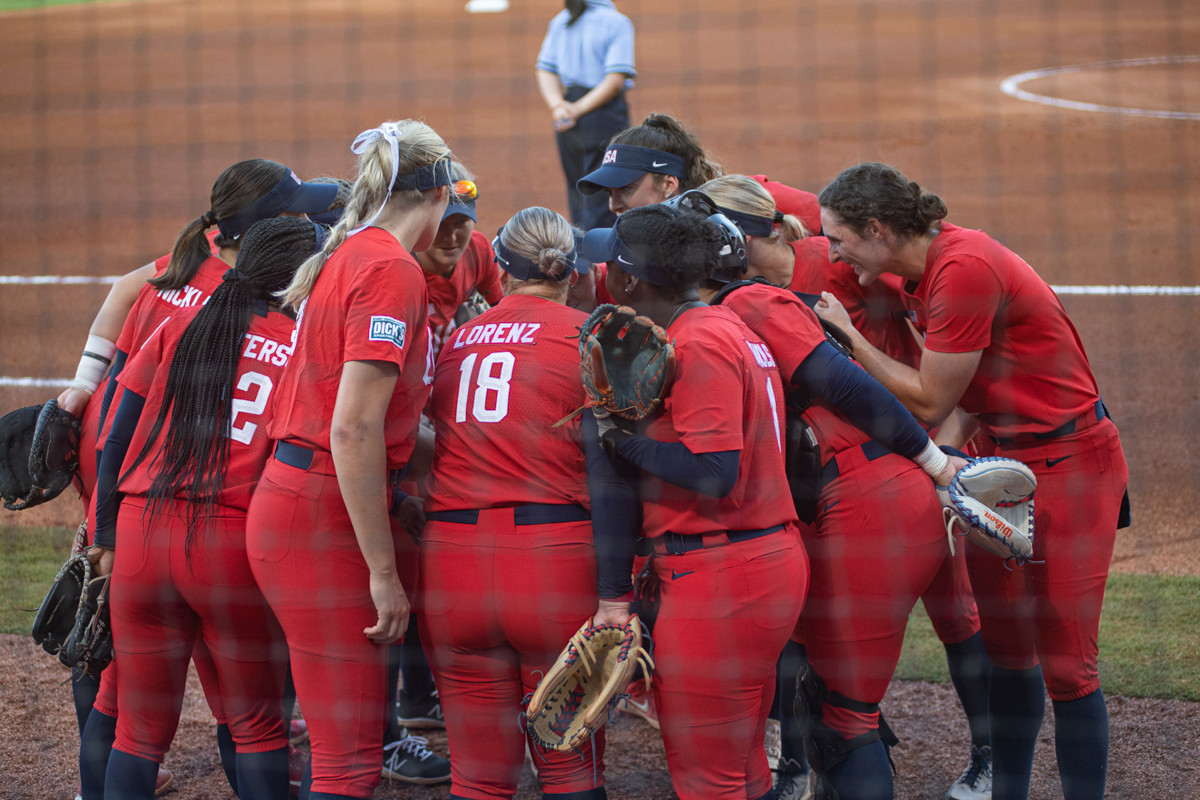 The United States avenged their women's softball gold medal match defeat at the Tokyo 2020 Olympics by beating Japan 3-2 to triumph at the Birmingham 2022 World Games.

The result at the Hoover Met Stadium also means that the US have won three consecutive women's softball world titles and 12 overall.

A bases-clearing double from Janae Jefferson in the second inning gave the Americans what proved to be an unassailable three-point lead.

Japan responded when Minori Naito singled through the middle of the field to enable Hitomi Kawabata to sprint home in the third inning.

A run batted in single from Yui Sakamoto in the fifth inning reduced the arrears to 3-2, but there were no further scores and the US were able to celebrate their victory without the need to complete their seventh inning.

American Haylie McCleney was named the tournament's most valuable player, with Japan's Miu Goto and the US' Ally Carda named best left-handed and right-handed pitcher respectively.

Dejah Mulipola of the US earned the award for best catcher.

Naito and Kanna Kudo of Japan featured in the all-world team as first baseman and shortstop, with Chinese Taipei's Lin Feng-Chen and Liu Hsuan the best second and third baseman respectively.

Earlier in the day, Chinese Taipei earned their first podium finish at World Championship level since 2002, with Ke Hsia-Ai inspiring them to a 6-0 win against Australia in the bronze medal match.

Competition at the Birmingham 2022 World Games is set to continue tomorrow, with the multi-sport event running until Sunday (July 17).

Germany lead the medals table with 16 golds, followed by Hungary with 11 and Italy with 10.

Hungary added a further gold today with victory in the aerobic gymnastics trio final at the Legacy Arena, scoring 20.977 points to edge out Italy with 20.583 and Romania with 20.288.

Sofia Raffaeli of Italy followed up her silvers in the hoop and ball disciplines by claiming clubs gold in the rhythmic gymnastics at the Legacy Arena.

She posted a score of 33.050, with European all-around champion Daria Atamanov of Israel taking second with 32.650.

Atamanov triumphed in the ribbon final, her score of 32.750 beating Bulgaria's Boryana Kaleyn by 0.100.

Viktoriia Onopriienko of Ukraine completed the podium with 31.750.