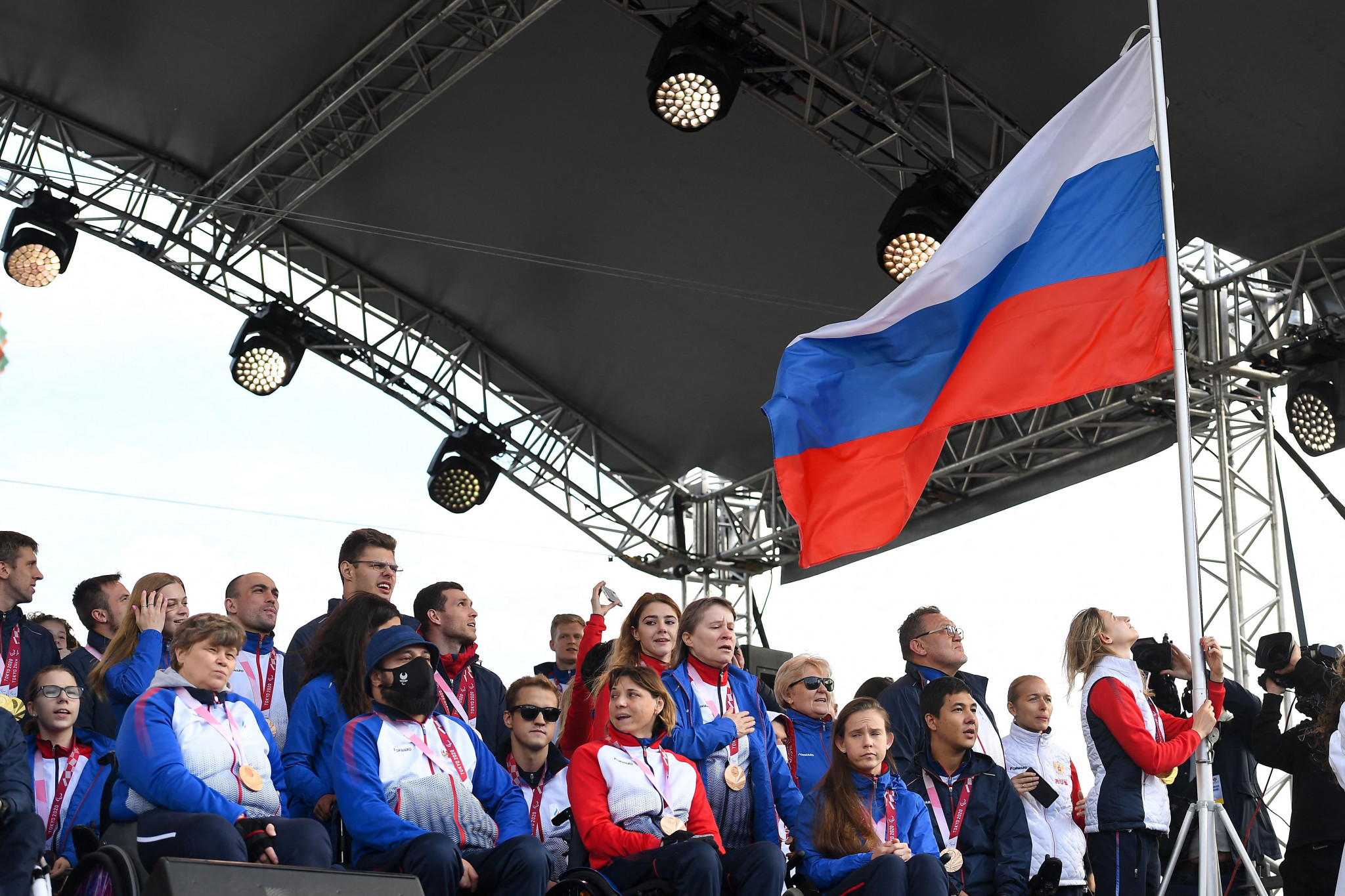 The National Paralympic Committees of Russia and Belarus have reportedly signed a cooperation agreement to develop Para sports.

The officials met during Belarus' Open Swimming Cup that ended yesterday in Brest where Russian and Belarusian athletes with musculoskeletal disorders and visual impairments competed.

The agreement comes at a time when Russia and Belarus have been cast into the sporting wilderness after a swathe of organisations imposed sanctions against the two nations in response to the war in Ukraine.

"Amid the sanctions from Western countries on Russian and Belarusian sports, the main thing is to preserve sportsmanship, international competitive experience and establish interaction with the federations that cooperate with us," Rozhkov told TASS.

"This document will strengthen friendly relations and further expand our opportunities for the development of the Paralympic movement in both states.

"Therefore, the cooperation agreement will help athletes from both countries not only to remain leaders in these sports but also to improve results in other sports."

As of July 4, a total of 4,889 citizens have been killed in Ukraine since Russia, aided by Belarus, launched a full-scale invasion of the nation, according to the United Nations.

However, it is feared the true death toll is far higher.

Russian and Belarusian athletes were banned from competing at the Winter Paralympics in Beijing in the wake of the invasion.

Following the decision by the International Paralympic Committee (IPC), Russia and Belarus competed in a replacement event in March in the Siberian city of Khanty-Mansiysk.

IPC President Andrew Parsons told insidethegames in May that the organisation was planning to call an Extraordinary General Assembly in November where members are expected to be asked whether to "suspend or terminate" the membership of the National Paralympic Committees of Russia and Belarus.

It was reported last week that the Russian Ministry of Sports and the Sport and Tourism Ministry of Belarus have signed three cooperation agreements.