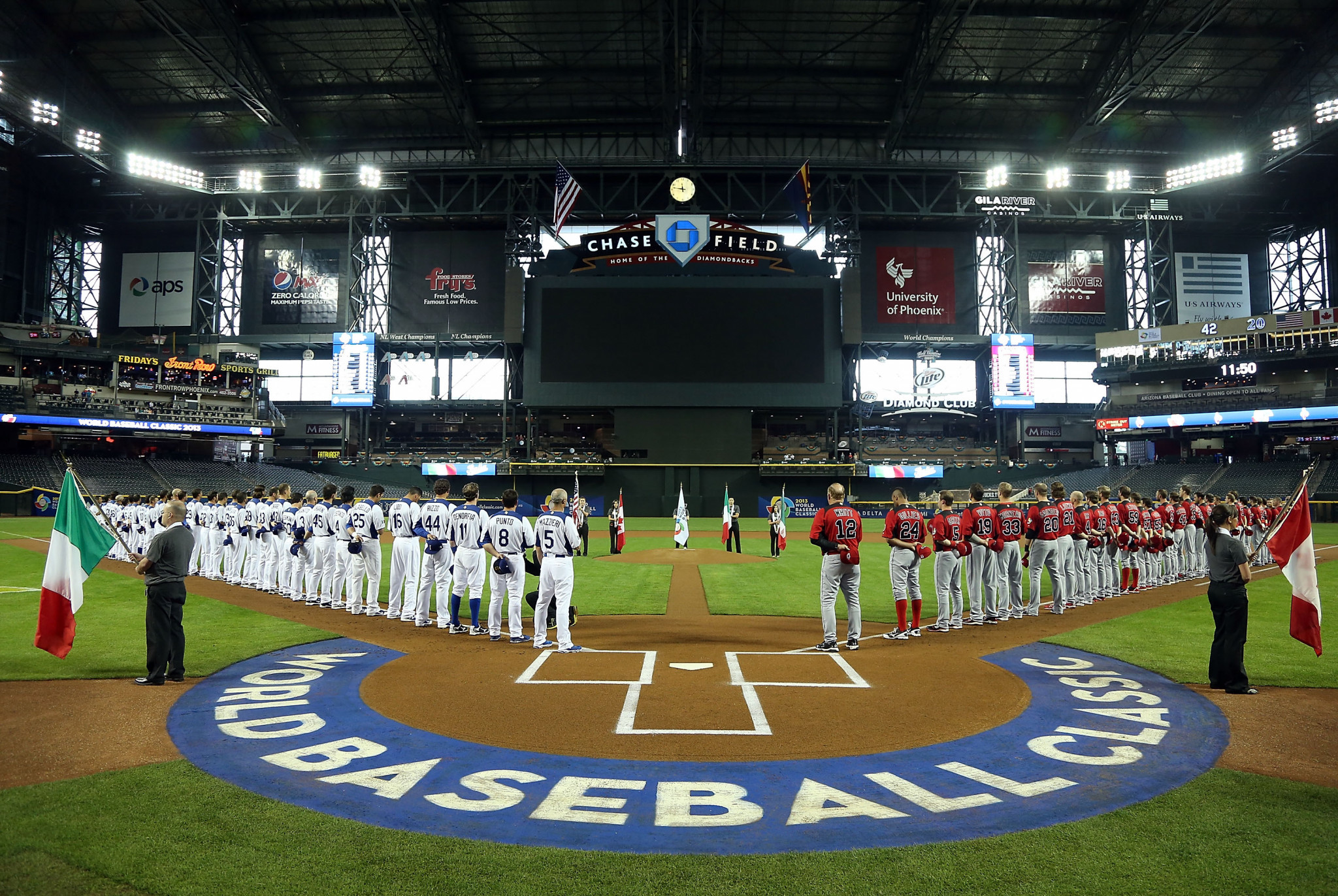 The fifth edition of the World Baseball Classic is set to take place from March 9 to 21 2023 in four locations around the world and be expanded to 20 countries from the previous 16-team format of 2017.

All 16 sides from the 2017 edition have been invited to play next year and they are set to be joined by four teams advancing from two qualifying tournaments.

The Armin-Wolf-Arena in Regensburg is scheduled to stage the first from September 16 to 21 before the Rod Carew National Stadium in Panama City hosts competition from September 30 to October 5.

The 2023 World Baseball Classic features four groups, with groups A and B set to play from March 9 to 13 and groups C and D taking to the field from March 11 to 15.

World number two Chinese Taipei are due to joined by The Netherlands, Cuba, and Italy in group A with the Intercontinental Stadium in Taichung hosting the fixtures.

Meanwhile, the Tokyo Dome is set to welcome the current world number one and Olympic champions Japan along with South Korea, Australia, and China in group B.

The highest-ranked team in group C is world number four Mexico who will meet Tokyo 2020 silver medallists the United States, Colombia, Canada, and a qualifying tournament winner at Chase Field in Phoenix.

The Dominican Republic, Israel, Puerto Rico, Venezuela, and the second qualifier are set to play in group D at Marlins Park in Miami.

Between March 15 and 18, the Tokyo Dome and Marlins Park are due to host the quarter-final games before the semi-finals and final from March 19 to 21 in Miami.

Japan is the most successful team in the tournament's history after winning the opening two editions in 2006 and 2009, before the Dominican Republic triumphed in 2013 and the US won gold in 2017.