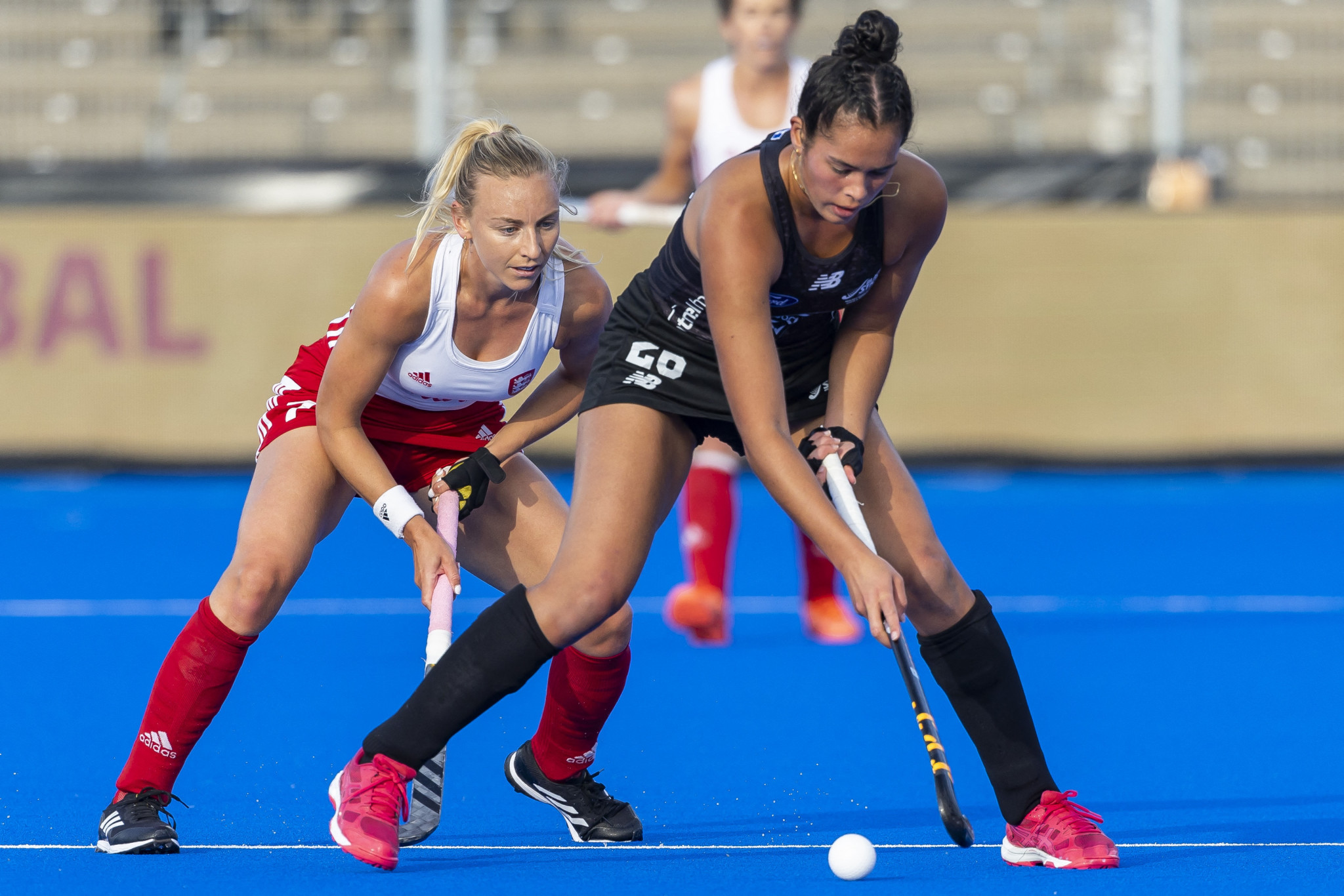 Katie Doar was the difference maker with two goals in the match, cancelling out an opener from Lily Owsley in the fourth minute.

Doar got the equaliser a minute from half-time and scored her second in the third period.

Tarryn Davey got a third goal in the 51st minute to confirm New Zealand's victory.

In the earlier group match, China and India drew for a second match in a row, with the score finishing 1-1.

Zheng Jiali opened the scoring in the second period with a field goal in the 26th minute, with Katariya Vandana getting the equaliser moments before the end of the third period.

Both will be looking for a win in the final group match to ensure qualification for the next stages.

Denise Krimerman scored the decisive goal in the 48th minute to split the sides, leaving the Irish team bottom of the table, needing a win in their last match to have a chance of making the cross-overs.

In Terassa, Japan and South Africa drew 3-3 in Group D.

Yuri Nagai and Mai Toriyama gave the Japanese a two-goal lead within 10 minutes, and Emi Nishikori made it 3-0 not long after half-time.

However, the South Africans pulled off a fantastic comeback - Kristen Paton scored five minutes after Nishikori before Tarryn Lombard scored a double in the last five minutes to equalise.

Australia are top of the group following their 2-0 victory over Belgium.

Greta Hayes and Rebecca Greiner scored twice in two minutes in the third period to wrap up the victory.