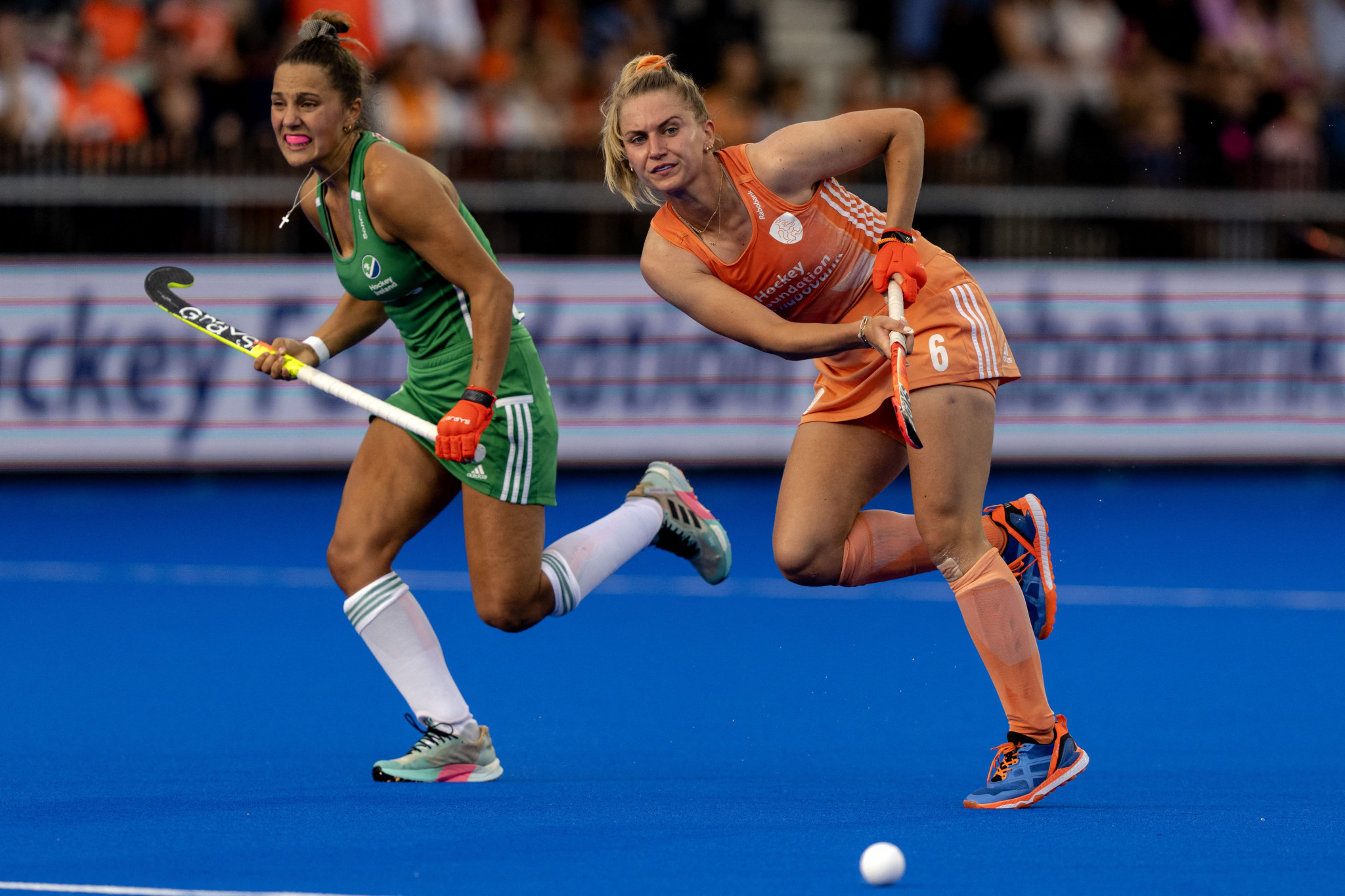 The Netherlands, seeking a third consecutive title at the 2022 Women's International Hockey Federation (FIH) Hockey World Cup, earned an emphatic 5-1 win in their opening Pool A match on home ground at Amstelveen against the team they defeated in the 2018 final, Ireland.

In the familiar surrounds of the Wagener Stadium, the Tokyo 2020 champions took a 16th-minute lead through Frederique Matla and doubled their score through Yibbi Jansen in the 34th minute before Roisin Upton got one back for Ireland two minutes later.

But further goals from Sabine Pionissen, Matla and Maria Verschoor ensured a result that perfectly sets up the co-hosts, who are sharing staging rights with Spain, for further success.

Earlier in the same arena, Germany had beaten Chile, who were making their first appearance in the World Cup finals, 4-1 in the opening Pool A match.

Pauline Heinz and Charlotte Stapenhorst gave the German team a 2-0 before Denise Krimerman scored Chile's only goal after 27 minutes.

A further goal from Anne Schroder and a second from Stapenhorst in the 55th minute effectively decided the result.

The first match of the day in Amstelveen was the opener in Pool B that saw Gold Coast 2018 Commonwealth champions New Zealand draw 2-2 with China.

Rose Tynan's opener for New Zealand in the 24th minute was equalised nine minutes later by Zhang Ying, and Gu Binfeng made it 2-1 in the 43rd minute before Olivia Merry brought the scores level after 48 minutes.

The first of two matches scheduled at the Estadi Olimpic de Terrassa resulted in a 4-0 win for Tokyo 2020 silver medallists Argentina over South Korea in the second of the Pool C matches - with co-hosts Spain beating Canada 4-1 on the previous day.

Agustina Gorzelany scored in the second and 28th minute, and further goals came from Maria Victoria Granatto and Julieta Jankunas.

In the second match at Terrassa, Australia - who lost the bronze medal match to Spain at the last edition of this competition in 2018 and are ranked number three in the world - had to wait until five minutes from the end before Mariah Williams and Ambrosia Malone scored the goals that earned them a 2-0 win over world tenth-ranked Japan.