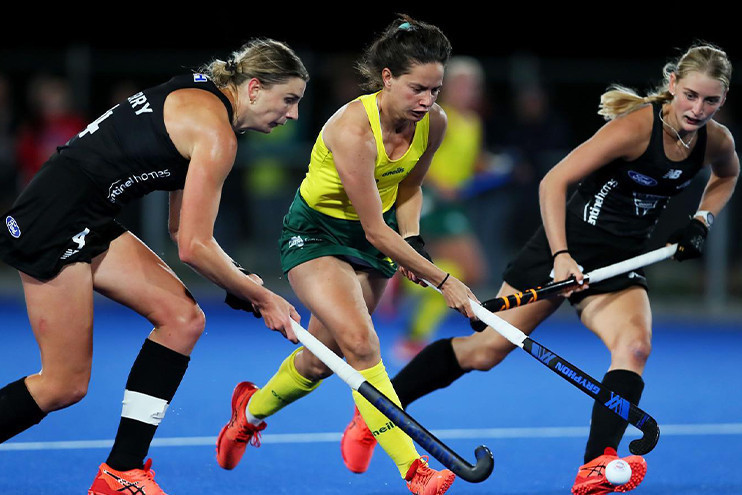 The Australian women’s hockey team suffered the loss of three players through injury on the brink of the International Hockey Federation (IHF) Women’s World Cup, which is being co-hosted by The Netherlands and Spain.

The Hockeyroos are without co-captain Brooke Peris, who has a thigh injury, defender Meg Pearce, who has a foot injury and 21-year-old midfielder Courtney Schonell, who has a knee injury.

The extent of the injuries to Schonell and the 29-year-old Peris, who hurt herself during a warm-up matches, will see her miss Birmingham 2022 where Australia will be seeking to win the gold medal for the fifth since women's hockey was introduced to the Commonwealth Games programme at Kuala Lumpur 1998.

The replacements for Peris and Schonell in the squad for the Commonwealth Games are yet to be determined.

"The Hockeyroos are devastated three of their teammates have had to withdraw on the eve of the World Cup and Commonwealth Games," said Hockey Australia high performance director Bernard Savage.

"Our first concern has been for the health and wellbeing of Brooke, Meg and Courtney and managing their disappointment.

"We are working to put in place comprehensive rehabilitation plans for the injured trio and look forward to seeing them back fit and healthy.

"We have full confidence in both Renee and Greta and the World Cup squad is clearly focused on the job at hand which is their first match on Saturday evening local time."

The Hockeyroos, fourth at the 2018 FIH Women’s World Cup and ranked third in the world, earned a 2-0 win over 10th-ranked Japan in their opening pool match thanks to two goals in the final five minutes.