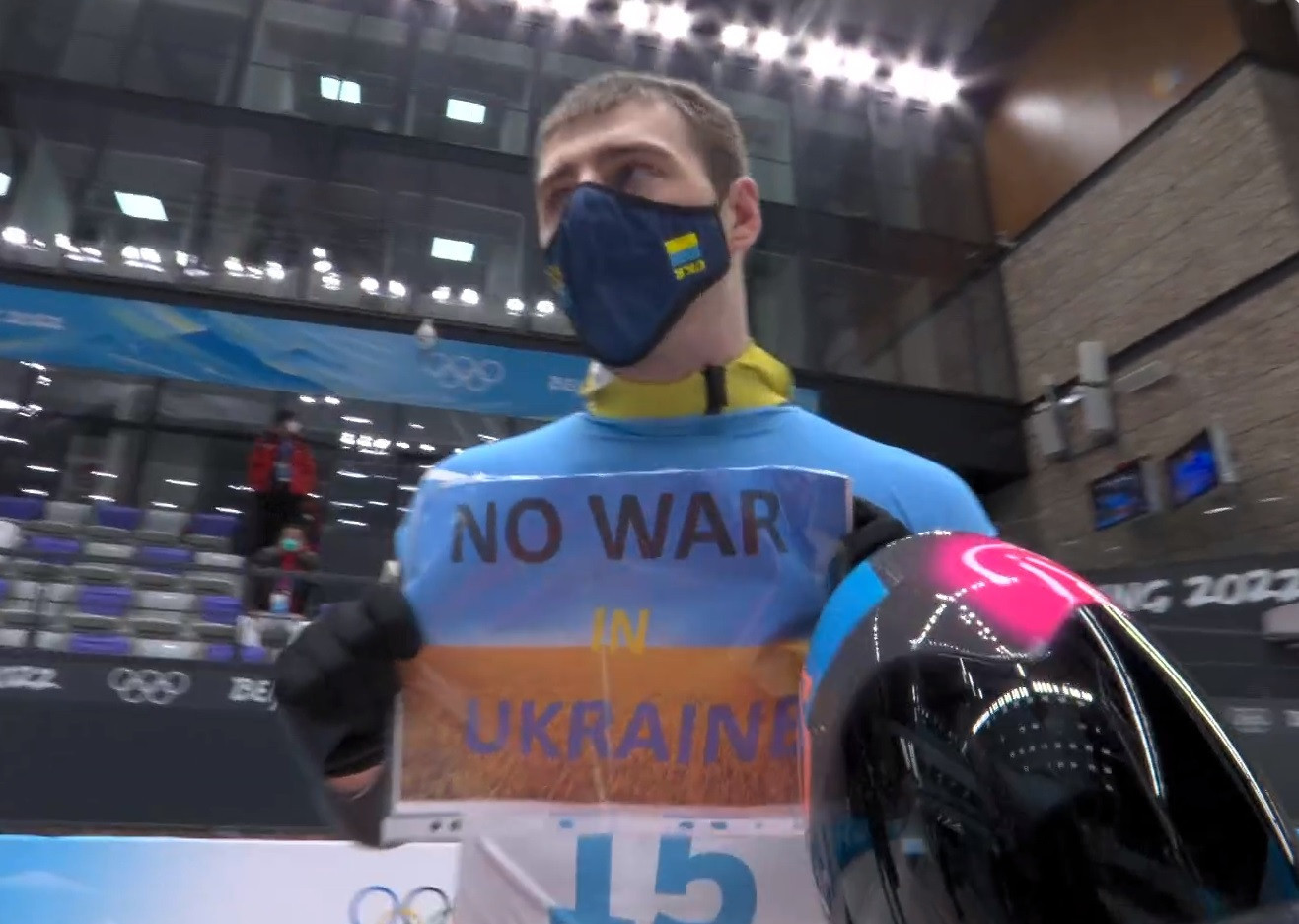 Ukrainian skeleton racer Vladyslav Heraskevych has called for Russian athletes to be banned from all sports, insisting it was "absolutely crazy that they play while we suffer".

Heraskevych made global headlines during this year's Winter Olympics in Beijing when he displayed a banner saying "No War in Ukraine" after completing his third run of the men’s skeleton event.

His demonstration came amid fears that Russia was looking to invade Ukraine - a move Moscow denied at the time.

Shortly after the conclusion of the Games, Russia launched a full-scale invasion of Ukraine with the support of Belarus.

Russia and Belarus have cast into the sporting wilderness after a swathe of organisations imposed sanctions against the two nations.

But Heraskevych wants tougher action to be taken as the death toll in Ukraine continues to rise with Russia continuing to attack the nation.

"It is time for all sports to ban Russian athletes until the war is over," Heraskevych told The Guardian.

"It is absolutely crazy that they play while we suffer."

According to the United Nations, at least 4,731 civilians have been killed since Russia began its military assault on Ukraine, but it is feared the true figure is far higher.

International Federations have been urged by the International Olympic Committee to ban Russian and Belarusian athletes and officials from competing in their events and prevent the two nations from holding tournaments.

Heraskevych argued that all athletes from Russia were being supported by the country’s Government.

"Where do Russian athletes get their money from?," said Heraskevych.

"It’s from the Government.

"And they represent their country, even without a flag by their name.

"And in many Olympic sports Russian athletes are also soldiers.

"So they are members of the Russian army - an army that now attacks.

"In my opinion all Russian athletes should be suspended from international sports until its army leaves Ukraine territory - and until they pay reparations so that all sports buildings can be rebuilt.

"Until they do that the idea sounds stupid.

"The truth is that over the next 10 years Ukraine will be pushed back in sports.

"In many places our sports infrastructure has been destroyed.

"Our kids are not able to do anything.

"And yet Russian athletes are able to train and compete as usual.

"How can this be right?"

Heraskevych claimed that a junior Russian bobsleigh athlete messaged him saying that they wanted a "bomb dropped on my house".

"Not one Russian athlete has sent me a message to ask if I am okay or if I am still alive," added Heraskevych.

"Even those I know well from the circuit and no one has acted against the war.

"They are either staying quiet or supporting it."