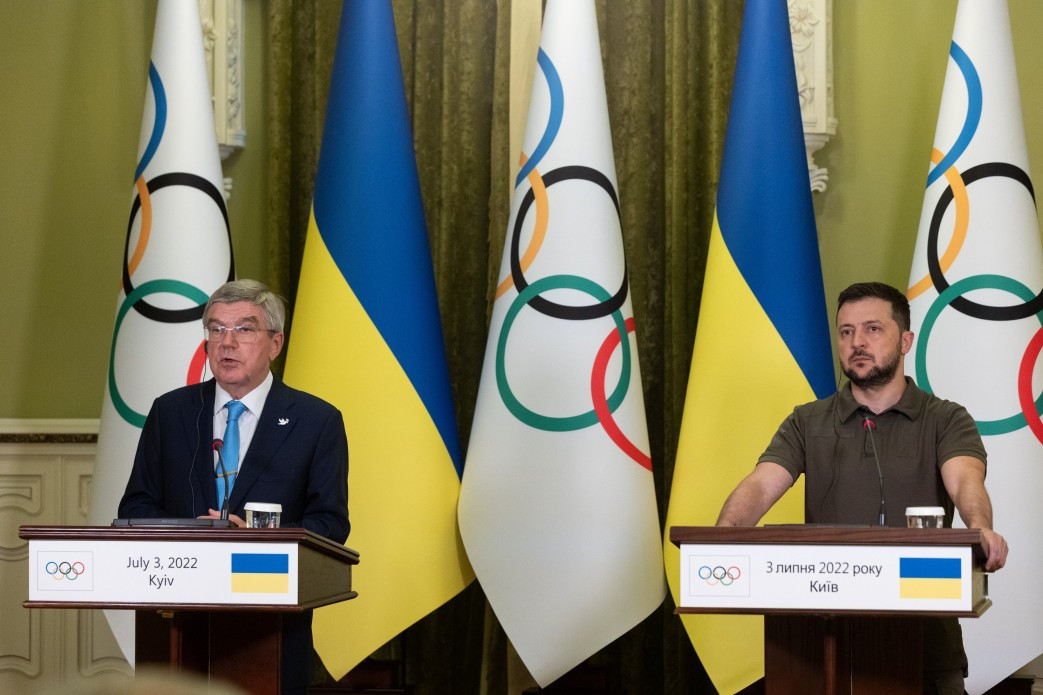 Ukrainian President Volodymyr Zelenskyy has thanked International Olympic Committee (IOC) President Thomas Bach for its "unwavering position" on the suspension of Russian and Belarus during a face to face meeting in Kyiv.

During the meeting, attended by National Olympic Committee of Ukraine President Sergey Bubka, Zelenskyy told Bach how the invasion of Ukraine by Russia had decimated sport in the country.

"More than a hundred thousand Ukrainian athletes do not have the opportunity of training," Zelenskyy said.

"Hundreds of sports facilities were destroyed: these are both large sports infrastructure facilities and facilities based on Ukrainian schools, universities and sports clubs."

In addition, according to the President, many Ukrainian athletes joined the Ukraine's armed forces to defend our country on the front.

To date, 89 athletes and coaches died as a result of hostilities and 13 were captured and are in Russian captivity, Zelenskyy claimed.

"It cannot be allowed that a terrorist state uses sports to promote its political interests and propaganda,” Zelenskyy said during their talks in the Ukraine capital.

"While Russia is trying to destroy the Ukrainian people and conquer other European countries, its representatives have no place in the world's sports community.

"I am grateful to Mr President for his unwavering position regarding the suspension of Russian and Belarusian athletes from official competitions under the auspices of the International Olympic Committee."

Bach assured the Ukrainian President that the ban on Russia and Belarus would remain.

"The time has not yet come to lift such a ban," Bach said.

"They are not alone with their troubles, we are on their side, we stand side by side with them and support them with our heart, soul, thoughts and deeds."

During the meeting, Bach and Zelesnkyy also discussed the restoration of sports infrastructure in Ukraine.

This issue will be raised both at the conference on the reconstruction of Ukraine in Lugano in Switzerland scheduled for held later this month and at the special donor conference, which will be held under the auspices of the IOC.

"I have no doubt that after our victory we will be able to provide all necessary conditions for holding international sports events at the highest level in Ukraine.," Zelesnkyy said.

"Our athletes, our country, have already made a significant contribution to the development of the Olympic Movement.

"But our opportunities are much greater, and we will certainly implement them."

Zelenskyy also repeated to Bach Ukraine's intention to apply for hosting the Olympic Games in the future.