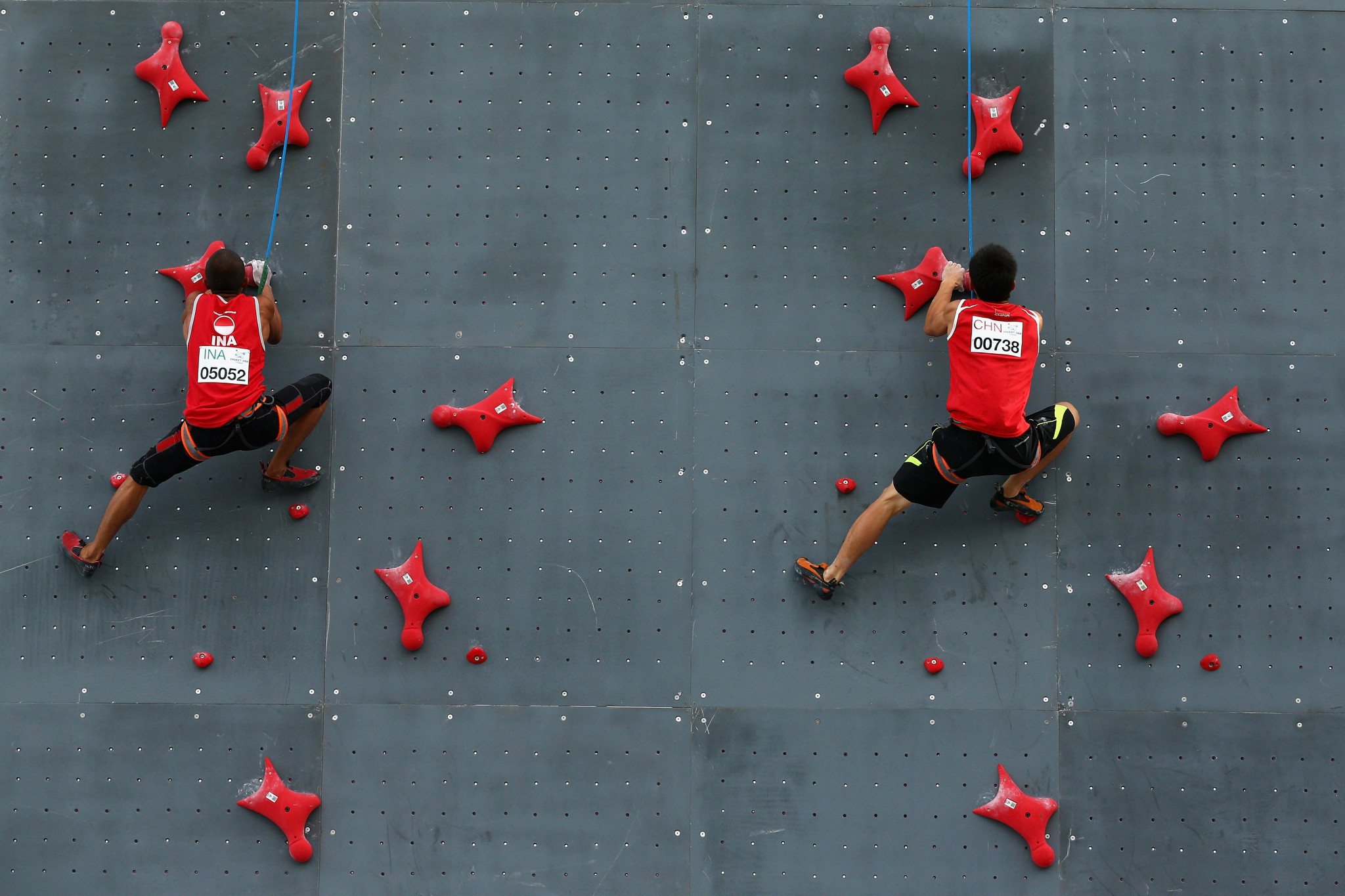 Katibin, who had set marks of 5.09sec and then 5.04 earlier at the Swiss venue's Place du Rendez-Vous, was one of two fallers among the 16 finalists.

Also falling out of contention because of a false start, was the Chinese climber who had qualified second fastest in the fourth stage of the 2022 Speed World Cup series, Cao Long.

However, his compatriot Long Jianguo, who had qualified third best in 5.22, earned victory as he maintained consistency with a mark of 5.23,

Chinese climbers also dominated the women's speed final as Deng Lijuan earned gold in 6.87sec after her compatriot Niu Di, who had posted the fastest qualifying time of 6.91, could only manage 8.22 to finish second ahead of Indonesia's Desak Made Rita Kusuma Dewi.

Garnbret, who earned her 33rd World Cup gold at Innsbruck last weekend, and is now seeking her 50th World Cup medal this weekend.

The 23-year-old matched Raboutou with a top for route one, but after the American reached the top of her second route the six-time world champion was not able to respond in kind.

"That would be an understatement," she told IFSC about her opponent.

"I'm just hoping to climb my best and see what happens - she [Garnbret] is pretty next level."

Raboutou's compatriot Colin Duffy, fresh from victories in the lead and boulder events in Innsbruck, finished second overall qualifier from the 83 men.

Yurikusa Ao of Japan matched his route one top but bettered his second run by one hold.