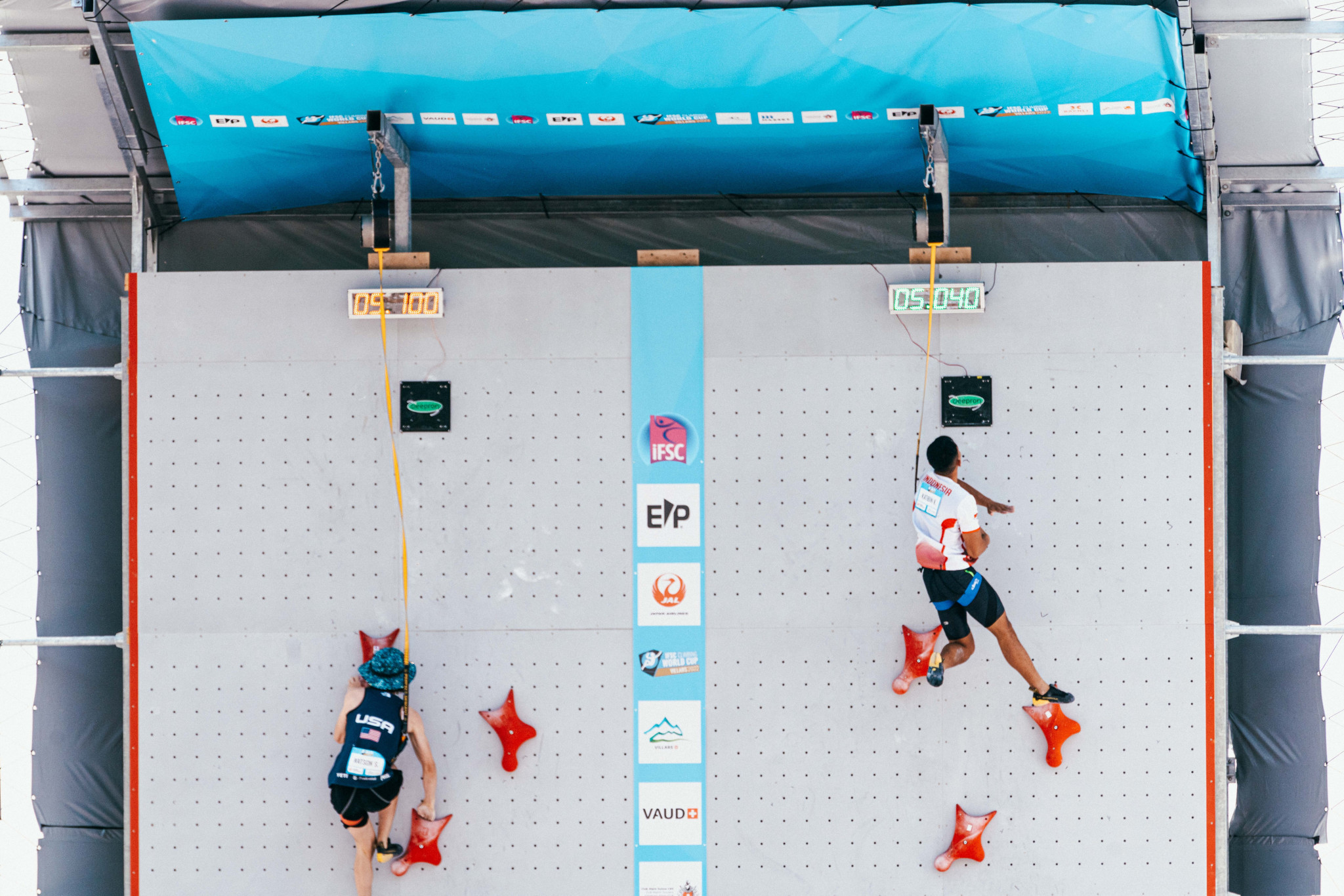 Katibin's first world record came in the first round when he took just 5.09 seconds to reach the top finish pad in the men's speed discipline.

Katibin had been drawn against Man-Hei Chung of Hong Kong in the first round, but had the wall to himself after a false start from Chung.

Katibin broke his own record later in qualification when he reached the top in 5.04 seconds.

China's Cao Long finished second in 5.21, with his compatriot Long Jianguo just behind in third in 5.22.

In women's speed qualifying, Di Niu of China posted the fastest time, an Asian record of 6.91 on her way to victory.

Compatriot Lijuan Deng finished second in 6.94, with Aleksandra Kalucka of Poland in third place with 6.95.

Lead qualification is scheduled to begin at the Place du Rendez-Vous tomorrow.

Olympian Janja Garnbret is set to be the favourite in the Swiss city for the lead event.

The Slovenian secured her 33rd World Cup gold medal in Innsbruck and will be looking to claim the 50th World Cup medal of her career.

Among the men, Colin Duffy of the United States, who bagged the boulder and lead World Cup titles in Innsbruck will be the one to look out for.

Duffy is likely to be up against Olympic bronze medallist and lead world champion Jakob Schubert of Austria for a place on the podium.