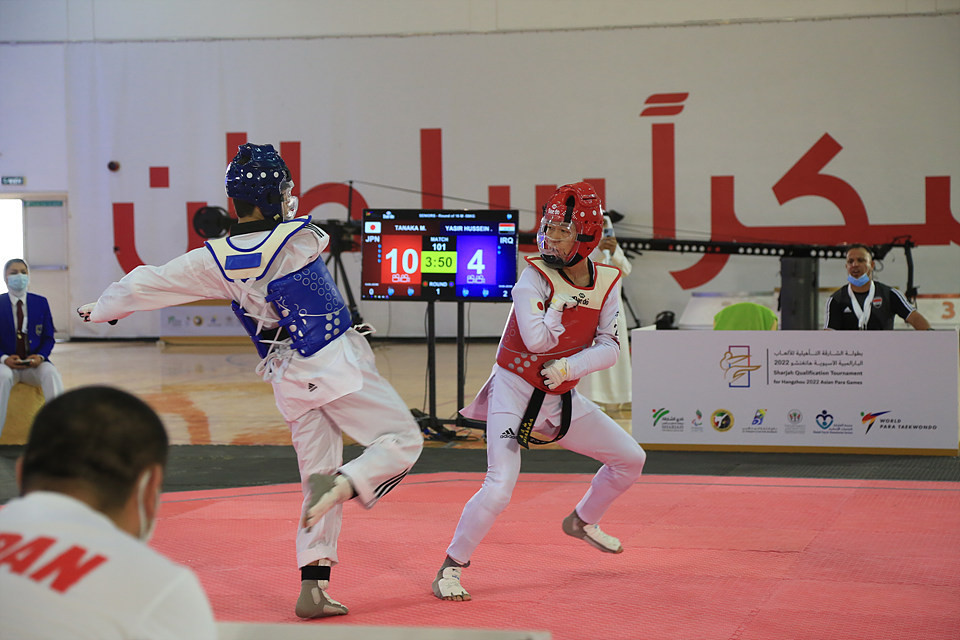 A total of 53 athletes have earned spots in taekwondo for their countries for the Hangzhou 2022 Asian Para Games, following the conclusion of a qualifying tournament.

Sharjah in the United Arab Emirates hosted the event for 45 athletes from 12 nations.

Eighteen of the 53 qualified via this tournament, while the other 35 came from world rankings.

Uzbekistan and Iran led the way in the tournament with four spots claimed each, with Kazakhstan securing three and India and Japan taking two each.

Mongolia, Philippines and Thailand claimed one spot too.

Considering the rankings, Iran has 11 athletes qualified for the Games, with Uzbekistan now having 10 and Kazakhstan on eight.

Hosts China were automatically given six places, while India has five.

Japan, Mongolia and Thailand have four spots each, South Korea has three and Nepal has two.

Chinese Taipei and Philippines have one athlete qualified.

There are 10 weight categories - five men's and five women's - for the Asian Para Games.

Eight athletes are to compete in each weight category.

A total of 21 athletes are set to earn spots through the bipartite invitation system, bringing the number of competitors to 80.

The Hangzhou 2022 Asian Para Games are scheduled to be held from October 8 to 14 2023, following its postponement this year due to ongoing COVID-19 restrictions in China.