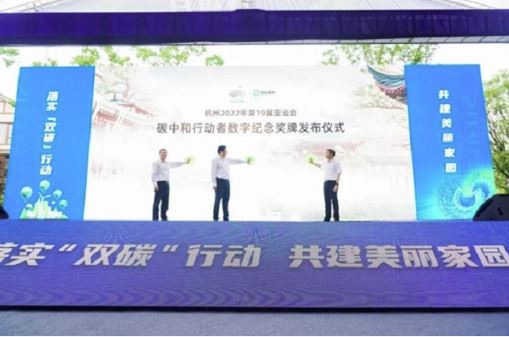 The National Low-carbon Day in Zhejiang was marked by the release of digital commemorative medals at an event in Jingshan in Yuhang District to improve the participation of the Hangzhou 2022 Asian Games and Asian Para Games carbon neutral initiative.

Gold, silver and bronze medals was included in the mobile application Ant Forest on June 15 and the medal participants receive is based on their contribution to green energy.

Further medals are due to be released on July 15 and August 15.

The competition’s Organising Committee has the goal of being the first carbon-neutral Asian Games and Asian Para Games.

It first started working with Ant Forest on April 20 and it is claimed that all sectors of society have proactively been involved in the event since the launch.

The Hangzhou 2022 Asian Games and Asian Para Games were scheduled to take place in September but were postponed last month due to persistent COVID-19 concerns in China.

The new dates for both events are yet to be announced.