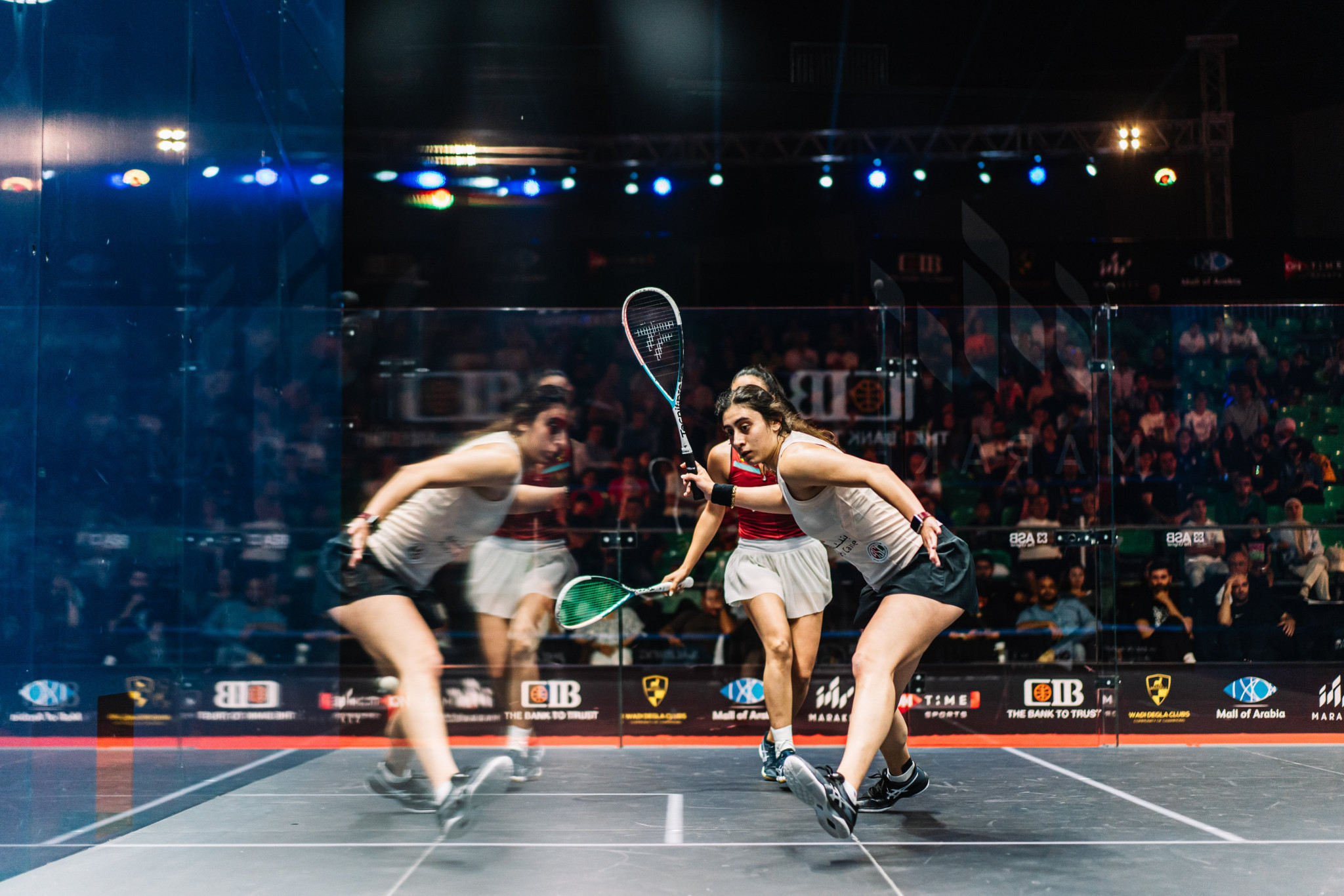 Egypt’s world number two Nour El Sherbini sealed a semi-finals spot by getting the better of Rowan Elaraby 2-0 at the PSA World Tour Finals in Cairo.

Aiming to win her first World Tour Finals trophy, she knocked out Elaraby 11-8, 11-7.

The next women’s match of the day saw another Egyptian and world number three Hania El Hammamy secure a place in the semi-finals with a the same score line against England’s Sarah-Jane Perry.

El Hammamy bagged the first game 16-14 before finishing the match in style with a 11-5 win.

Meanwhile, world number one Nouran Gohar of Egypt registered a comprehensive 2-0 win over Amanda Sobhy of the United States.

Gohar took the first game 11-4 before adding another 11-5 win to seal the match.

Among men, Egyptian Ali Farag secured the world number one ranking to end the season after a tense 2-1 win over Peru’s world number five Diego Elias.

⏰ A 2-minute plus rally to get us started ?@AliFarag & @diegoelias96 are here to put on a show at the Mall of Arabia ?#WorldTourFinals pic.twitter.com/tNKQ0U5s81

Farag did not have the best of starts as he lost the first game 8-11.

But the Egyptian showed character as he bounced back with a 11-6 win in the second game followed by a 11-3 humbling to take the game.

The first game could have gone either way with Coll emerging with a 12-10 victory.

The New Zealander then upped his game by securing the second game and the match with a 11-5 win.

It was another tight affair with Asal taking the first game 11-8.

Despite saving two match balls in the second, Momen failed to get a win as he went down 10-12 in the second game.