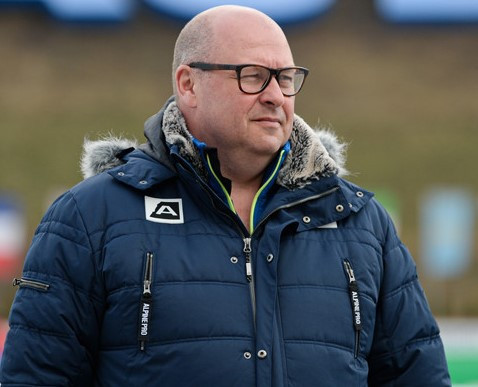 The Swede had held his position at the IBU since 2019 having taken up the role during a difficult time for the organisation following a corruption scandal that had broken the previous year, concerning the Russians bribing its top two officials, President Anders Besseberg and then-secretary general Nicole Resch.

"We are disappointed to see Niklas go but we are grateful for all he has done for the IBU, and we wish him well in his new role," IBU President Olle Dahlin said.

"Niklas has led the IBU headquarters excellently over the last three years and played a key role in overseeing the implementation of Target 26.

"Thanks to the work we have all done together, Niklas leaves the IBU with a very strong foundation from which we can grow further and realise our huge potential."

Carlsson had joined the the Salzburg-based IBU from the 2019 International Ski Federation (FIS) Alpine World Ski Championships in Åre in Sweden, where he had been chief executive.

Before that, he served as secretary general of the Swedish Ski Federation from 2011 until 2014.

He had joined the National Federation from the FIS, where he worked as event and sponsoring manager for three years.

Carlsson has also served as head coach and Alpine director for the Swedish Ski Federation.

During his time in charge, apart from the fall-out from the corruption scandal, Carlsson has had to deal with the disruption caused to the sport by the COVID-19 pandemic and, earlier this year, the invasion of Ukraine which saw the suspension of two of the IBU's strongest members, Russia and Belarus.

"I have had an amazing three years at the IBU and working under the leadership of the IBU President and Executive Board we have been able to achieve a great deal," Carlsson said.

"I have no doubt the IBU will continue to make great progress and reinforce its position as a leading winter IF (International Federation).

"I am proud of what we have achieved together but felt it was time to pass over to someone new and try a new challenge.

"However, I will still have a very important role to play, as a loyal and committed fan of our fantastic sport of biathlon."

In another significant change at the IBU, it was announced that Germany’s Olympic silver medallist Daniel Böhm has been appointed as the sports and event director.

Böhm was a member of Germany’s 4x7.5 kilometres relay team that finished second at Sochi 2014 and a year later, at Kontiolahti in Finland, won the World Championships gold medal.

The 35-year-old will start his new role immediately.

"Daniel has done a great job as sports manager and it feels natural to appoint him in one of the organisations most important positions," Dahlin said.