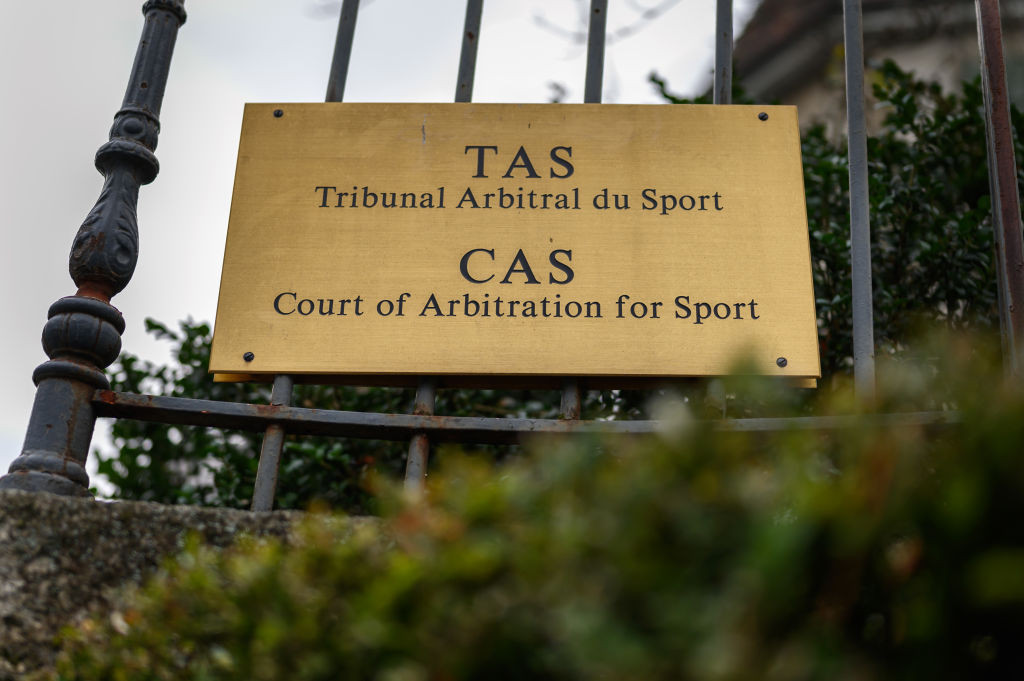 The Russian Biathlon Union (RBU) is taking the International Biathlon Union (IBU) to the Court of Arbitration for Sport (CAS) over its implementation of the decision from sport's highest court in the state-sponsored doping case.

insidethegames understands the RBU has filed an appeal against the International Biathlon Union's (IBU) application of the series of sanctions imposed on Russia by the CAS in the country's dispute with the World Anti-Doping Agency (WADA).

IBU secretary general Niklas Carlsson confirmed the organisation had been notified of the appeal and told insidethegames he believes it is a "political statement on a national level" from the Russian authorities.

Under the terms of the CAS decision, which expires in December 2022, Russian athletes can only compete at the Olympic Games and World Championships as neutrals and its flag, anthem and symbols have been banned.

The recent Biathlon World Championships in Pokljuka was among the first major events where the CAS ruling - which watered down WADA's initial sanctions and reduced by half the period in which they apply, from four years to two - was enforced.

The RBU, which remains a provisional member of the IBU after its status within the organisation was demoted because of the doping scandal, was upset with the way the organisation interpreted the decision at the World Championships.

Russia competed as "RBU" during the event - the full "Russian Biathlon Union" name was not permitted - and used a modified monochrome logo of the Federation, the traditional version of which features a Russian flag.

The Russian flag, emblems and symbols were banned, but the country's athletes at the Championships wore uniform featuring the white, blue and red of the flag.

The RBU claimed the IBU's requirements were "excessive" and "went beyond" the terms of the CAS verdict.

In a letter to the IBU, the RBU said it hoped a "compromise" could be reached but it has now taken its grievance to the CAS in an attempt to prevent the same rules on its team being applied at future World Championships.

The event in Pokljuka is the only edition of the IBU's flagship event where the CAS sanctions, which expire in December 2022, apply.

The terms of the ruling will be in place at the Summer Biathlon World Championships, a lower-key event than its winter counterpart, in the Czech Republic this year and at the event in 2022.

Carlsson told insidethegames the IBU had received approval from WADA over its implementation of the CAS verdict and questioned the motives behind the RBU appeal to sport's highest court.

"We have reviewed the CAS decision in full detail, have had legal advice and WADA confirmed our implementation was proper and correct," the Swedish official said.

"I can’t really see the logic with what they want to achieve [with the appeal].

"I can only see this as a political statement on national level and I’m not sure what they are trying to do.

"I can’t really see why the RBU questions this after the World Championships - it will not change anything."

Carlsson added the RBU taking the IBU to the CAS would not affect its bid to be restored as a full member of the global body as it was a "separate issue" to the reinstatement criteria.

The RBU appeal is the first example of a Russian body legally challenging an International Federation for its implementation of the CAS verdict, which also bars the scandal-hit country from staging, or bidding for, major events until December 2022.

Russia will compete at Tokyo 2020 and Beijing 2022 as "ROC" under implementation guidelines approved by WADA's Compliance Review Committee, which made the initial recommendation that the country face four years of sanctions for its manipulation of the Moscow Laboratory data.

insidethegames has contacted WADA and the RBU for comment.