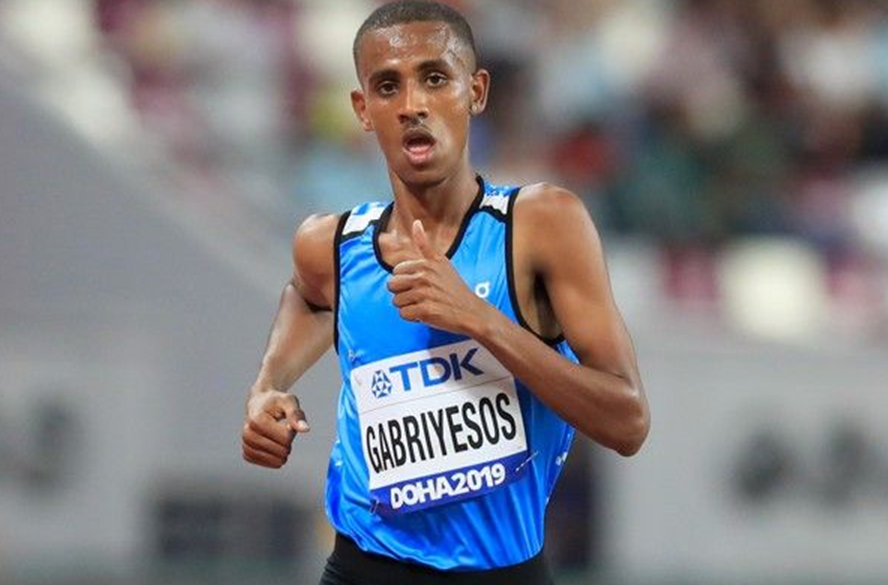 The 24-year-old Israel-based athlete, who fled war-torn Eritrea as a 12-year-old and journeyed through Ethiopia, Sudan and Egypt before crossing the Sinai desert on foot, beat some of the world’s best athletes in finishing 16th at last summer’s Olympic marathon in Sapporo.

"I don’t represent a country, but millions of people without one.

"I want to be a role model for refugee youth around the world and wish to show the world once again that refugees can be strong, that we are hungry for success and that we deserve equal opportunities."

Gabriyesos was the first refugee athlete to meet an Olympic qualifying standard, having clocked 2hr 10min 55sec at the Hahula Galilee Marathon in Israel in March 2021.

He served as the co-flag bearer for the Olympic Refugee Team at Tokyo’s Opening Ceremonies.

After his performance in Sapporo's hot and muggy conditions, where he finished in 2:14:02, 5min 24sec behind Kenya’s defending champion Eliud Kipchoge, Gabriyesos lowered his best to 2:10:09 at the Seville Marathon in February of this year.

Gabriyesos will be joined by Jamal Abdalmajid Eisa-Mohammed, a native of Sudan, who will make his second consecutive World Championships appearance in the 5,000m.

Dorian Keletela, 23, will be making his third ART appearance after outings at the 2021 European Indoor Championships and last summer's Olympics.

In the Japanese capital, he clocked 10.33sec to win his 100m heat in the preliminary round, beating his previous best by 0.13sec.

He has since improved his personal best to 10.27.

Fouad Idbafdil, a refugee from Morocco who is based in France, is the other member of the men's squad.

The women’s team is led by Anjelina Nadai Lohalith, who will bring plenty of experience to the start line of the 1,500m.

The 27-year-old native of South Sudan, who is based at the Tegla Loroupe Peace Foundation training camp in Ngong, Kenya, will be making her second World Championships appearance after her debut in 2017.

She'll be joined by Atalena Napule Gaspore, another South Sudanese athlete from the Loroupe camp, who will be making her Athlete Refugee Team debut competing in the 800m.