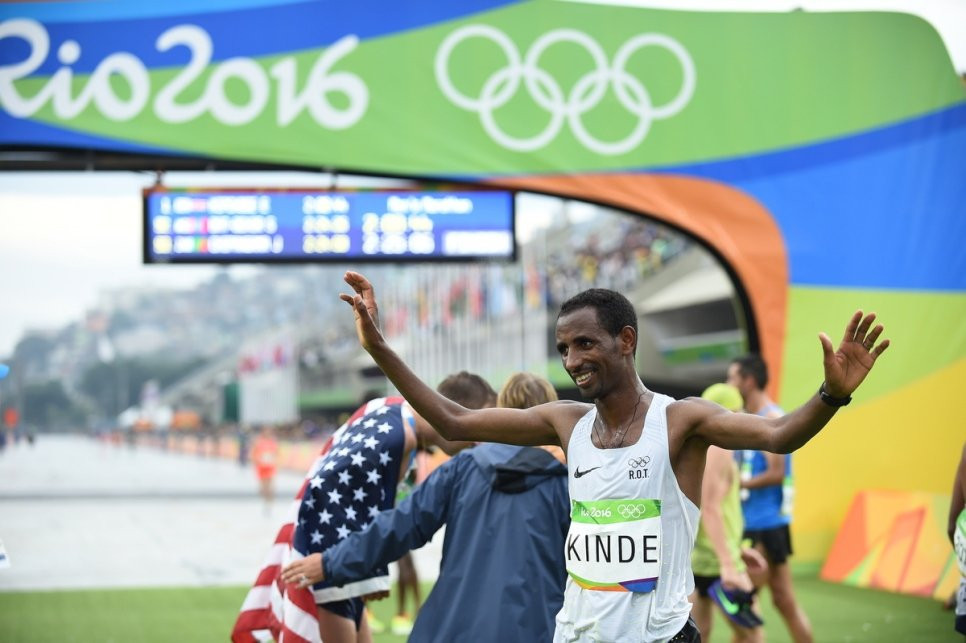 A member of the first Refugee Olympic Team at Rio 2016 has spoken of how being part of the team helped give him direction and establish a new life in Europe.

Yonas Kinde fled Ethiopia in 2012 and settled in Luxembourg.

He was chosen to run in the marathon in the 2016 Olympic Games after being selected as one of the 10 refugee athletes who took part in three sports.

“It was very special,” Kinde, who finished 90th in the Brazilian city, told the United Nations High Commissioner for Refugees (UNHCR) in an interview to mark World Refugees Day.

The 41-year-old Kinde is now a citizen of Luxembourg so was not eligible to compete for the Olympic Refugee Team at Tokyo 2020.

He will instead be supporting them from home.

"The Refugee Olympic Team is a symbol of hope…. for refugee athletes, and for refugees around the world," Kinde said.

Kinde has not been able to compete since March 2020 because of the COVID-19 pandemic.

He has instead concentrated on studying for a qualification in pharmaceutical logistics and working in a hospital pharmacy that is distributing coronavirus vaccines.

"In this difficult moment, it makes me happy that I can contribute, that I can do something for the COVID patients," Kinde said.

He has not given up on his running career.

“I can run immediately from my house to the forest,” Kinde told the UNHCR.

"Running is important for me to renew my mind and to be healthy physically and mentally.

"Thanks to sport, I met a lot of important people in my life.

"Sport gave me a family, not just in Luxembourg, but around the world.

"Running taught me to be stronger.

"Running helped me to integrate with people.

"And running helped me to find myself."