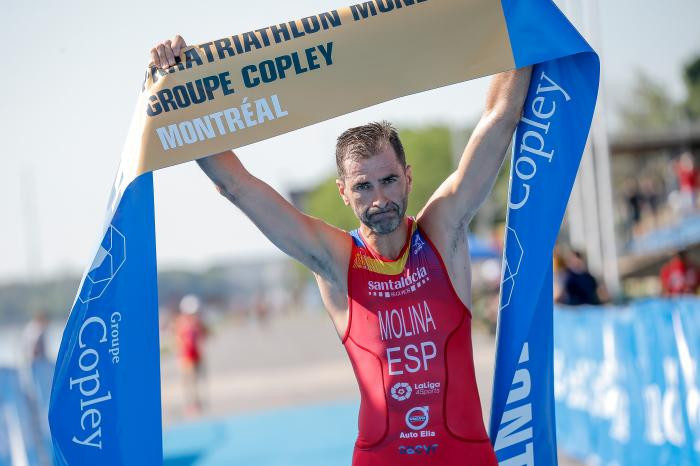 Daniel Molina will be just one of many Spanish triathletes hoping for victory on home soil at the World Triathlon Para Cup meeting in A Coruña tomorrow.

The men's S3 racer, currently ranked number one in the world, will aim to win back-to-back races in the city after victory in 2021.

He comes in to the competition after a winning return to action in the Europe Para Triathlon Championships in Olsztyn last month, but will face stiff competition in France's Michael Herter, who won last week's S3 World Cup race in Besançon.

In the men's S2, Lionel Morales will also be looking for victory in his native country after the Rio 2016 athlete finished runners-up in the same race last year.

Spain's medal hopes in the men's wheelchair event will be Jose Cristobal Ramos Jimenez and Manuel Afonso Betancor, who finished fourth and fifth in the Besançon race respectively.

Three Spanish triathletes will be competing in the men's visually impaired event, including world number six Jose Luis García Serrano, but the favourite will be Britain's Dave Ellis who is coming off the back of a brilliant victory in Besançon.

The women's S4 will be an all-Spanish affair, with Marta Francés Gómez, Carmen Gonzalez Sanchez and Andrea Miguelez Ranz, who has won all five professional events she has entered to date, all set to battle it out for World Cup glory.

Grace Norman of the United States will be hoping to build on her women's S5 win in Besançon, but Spain's Cristina Miranda Zambrano, who finished fourth in the race, will be looking to cause an upset.