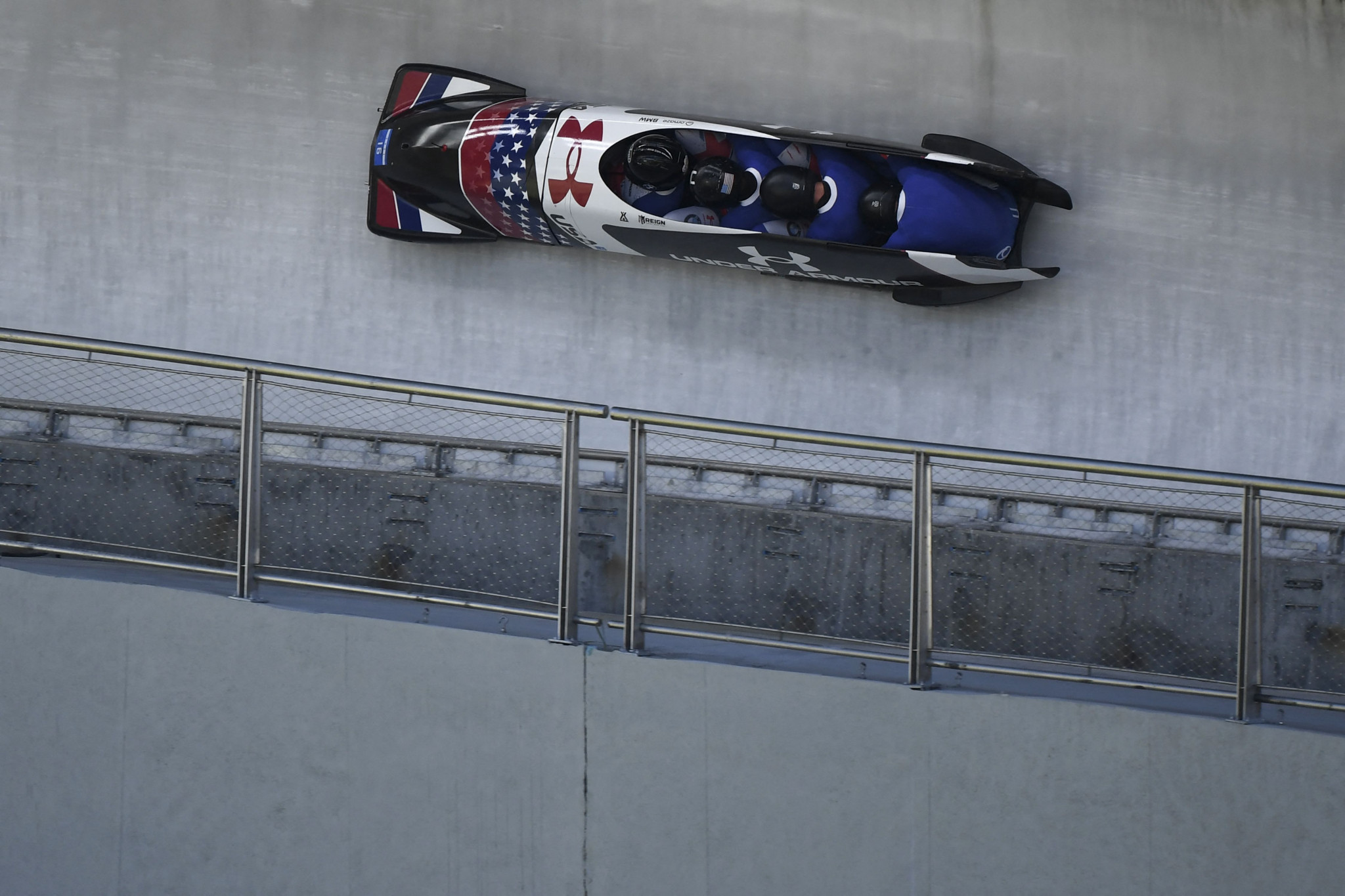 Four United States athletes have been announced as the recipients of the USA Bobsled/Skeleton (USABS) athlete awards for the 2021-2022 season.

Nicole Brungardt, Emily Renna, Kyle Wilcox and Codie Bascue were nominated by their peers for demonstrating either teamwork, commitment or integrity across the season.

Brungardt, 32, who competed at the 2019 Women's Bobsled World Championships, and 29-year-old Renna picked up the "teamwork" award for the support they provided to the USABS team during training, prior to the Beijing 2022 Winter Olympic Games.

The pair worked for a month in the build-up to the Games and remained positive and upbeat throughout, despite battling with illness.

"Despite the motion sickness challenges we faced, we both thoroughly enjoyed our time in China by getting to slide on the Olympic track, and helping the pilots learn and prepare for the Games," Renna said.

"I was extremely thankful for every second, so I was willing to do whatever I needed to for the team - even when it included holding back puking in the sled until we got to the bottom, just to go to the top and get back in," Brungardt admitted.

Wilcox received the award for commitment, after competing with the USABS World Cup team and flying over to China at the last minute as an alternate option for the Games without any complaints.

"Thank you to my teammates for recognising a quality I seek in others - commitment to be and do better," Wilcox said.

The "integrity" award went to Bascue for his willingness to openly share potentially crucial information with other bobsled pilots.

He sent all of his Olympic track notes to the pilots chosen for the US Olympic Bobsled Team in Beijing, and created a group chat to further offer his help.

"It is really important to me that I succeed in the sport through my own ability and performance, not for any other reason," Bascue said.

"I don’t feel this way or act the way I do for awards, it’s just the core of who I strive to be as an athlete, teammate, friend, and person."