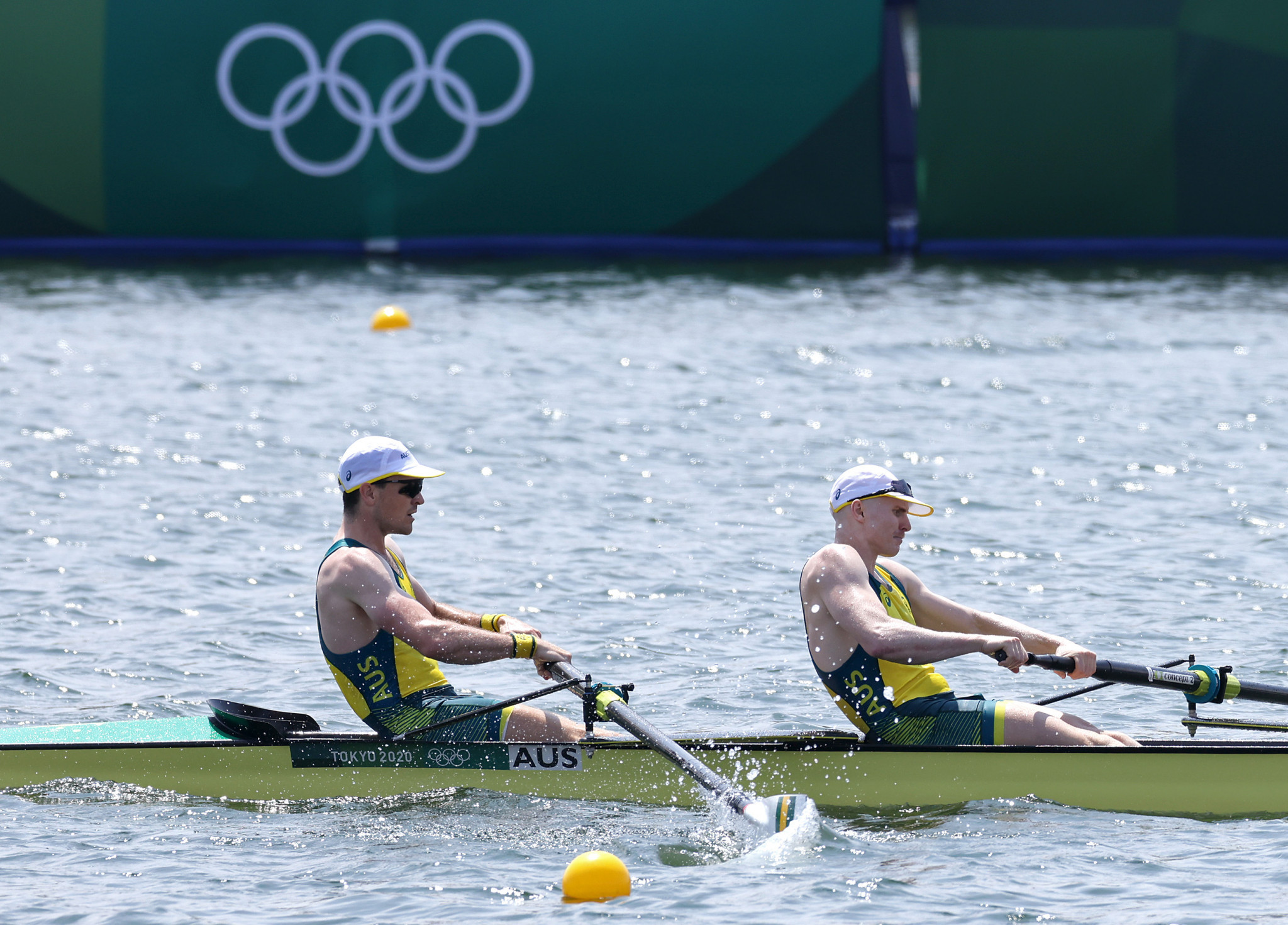 Australia's men's four Olympic champions showed their appetite for more success by crushing their heat on day two of the World Rowing Cup.

Jack Hargreaves, Alexander Purnell and Spencer Turrin, joined by Joseph O'brien, maintained a 37-38 stroke pace throughout in Poznan to comfortably win heat two and progress to Sunday's final, with a time of 5 minutes 47.37 seconds.

In heat one, The Netherlands produced a similarly dominant display, posting a time of 05:51.78 to join Australia in the medal event.

In the women's four, Ireland and The Netherlands both pushed each other in heat one to make the semi-final.

Australia, led by Olympic champions Lucy Stephen and Annabelle McIntyre, made it through heat two with Poland while New Zealand and the United States progressed in heat three.

China 2, China 1 and Canada 1, all in third place, also all advanced to the semi-finals, which are scheduled for tomorrow.

In the lightweight women’s single event, Canada's Jill Moffatt, the only Olympian across the two heats, came second behind Georgia Nesbitt of Australia, with both going through to the final.

Mary Jones of the United States took the other heat, with Marie-Louise Draeger of Germany in second.

In the lightweight men's single, Uruguay’s Bruno Cetraro Berriolo got the better of 2016 Olympic silver medallist Gary O’Donovan in his heat, with both still qualifying for the semi-finals, while lightweight double Olympic champion Fintan McCarthy of Ireland bested Jerzy Kowalski of Poland.

Olympic silver medallist Stefan Broenink and quad Olympic champion Koen Metsemakers combined to row The Netherlands to victory over Australia in heat one of the men's double, and Valent and Martin Sinkovic, Olympic medallists in the quad, double and pair, cruised through in heat three.

The women’s quadruple sculls saw the return of three of China's Olympic champions, who had a battle with The Netherlands, similar to their last World Cup meeting in heat two but held the lead through to the finish.

Both nations were again competing for the top spot in heat one of the men’s quadruple sculls, after fighting it out in the discipline at the last World Cup meeting, with The Netherlands winning by a fraction this time.

Three of Germany's Olympic eight crew that took silver in Tokyo were part of the team today, as they rowed to a comfortable heat two win in the men's eight.

Stage two of the World Rowing Cup will continue tomorrow, with the semi-finals of all events due to be held before finals day on Sunday (June 19).