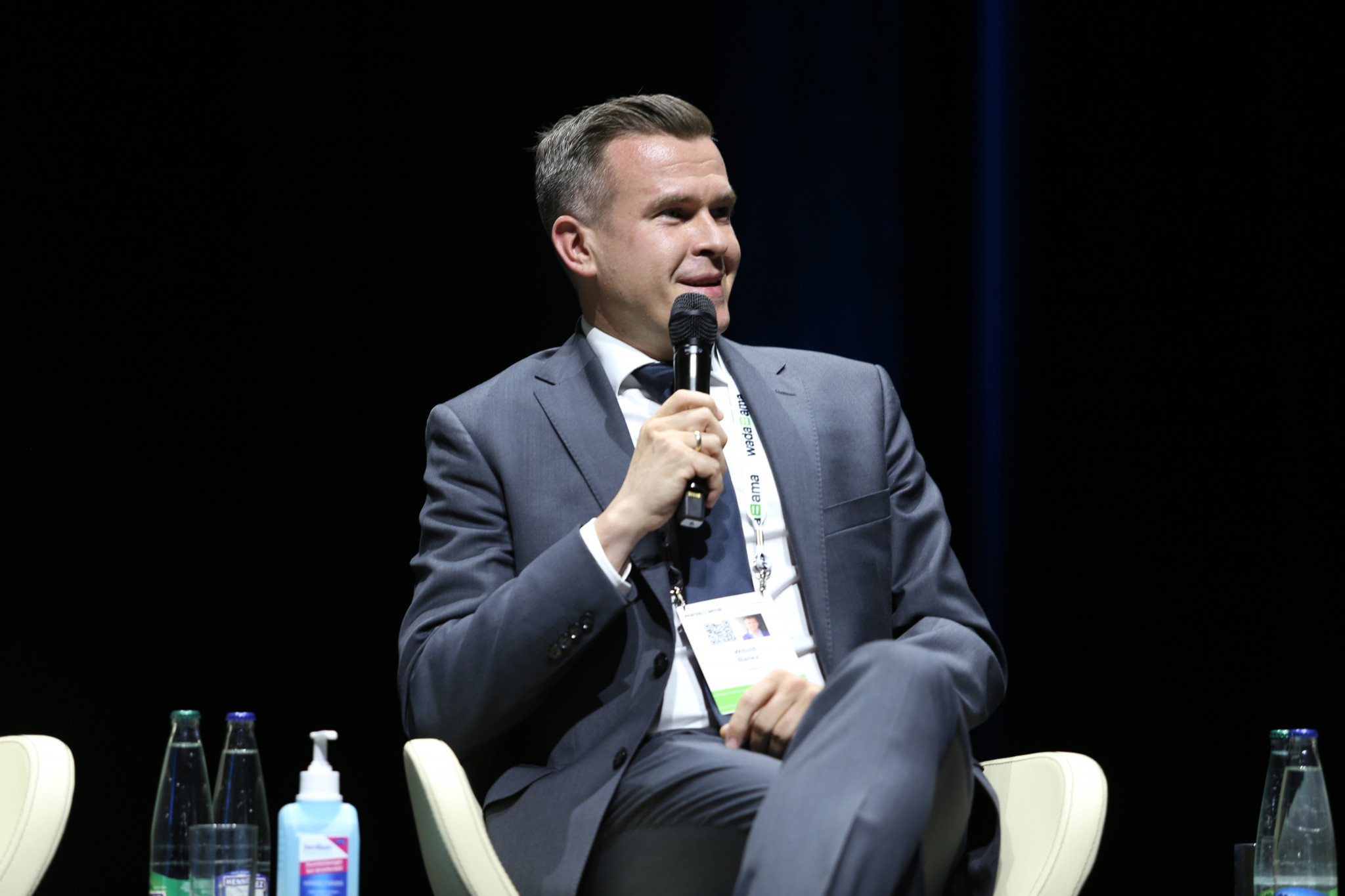 Lack of resources to conduct scientific research is threatening to undermine the ability of the World Anti-Doping Agency (WADA) to continue introducing innovative methods to catch drugs cheats, its President Witold Bańka has warned.

Bańka highlighted many of the innovations that WADA has embarked on, including dried blood spot testing, a form of bio sampling where blood samples are blotted and dried on filter paper.

"The implementation of the dried blood spot analysis on a routine basis during this year’s Olympic and Paralympic Games in Beijing was a great collaborative achievement," Bańka told the WADA Symposium at the SwissTech Convention Center in Lausanne which brought together nearly 600 delegates in person and more than 200 virtually from the global anti-doping community.

"With many potential advantages over other forms of testing, dried blood spot could be a significant step forward and, at the very least, will be an important complement to traditional blood and urine tests.

"We are also actively researching ways for artificial intelligence to help the fight against doping.

"By processing and interpreting vast amounts of data, we will be able to identify suspicious patterns.

"From that, we will be able to adjust testing programmes to make them more targeted and effective.

"Artificial intelligence research is gathering pace and will hopefully lead to some exciting outcomes in the years to come.

"What this shows is the real-world benefits that come with effective scientific research."

We have come to the end of the 2022 #WADAAnnualSymposium.

It was a great chance for all of us to exchange ideas and network. Anti-doping is all about collaboration. Thank you to everyone who attended, for your questions, ideas and expertise – and for raising the game together! pic.twitter.com/cZqXC5ORdk

But Bańka admitted that the money WADA has to carry out in research has declined drastically.

"This poses a clear risk to the global anti-doping system.

"Recognising that, last month, we proposed that WADA’s global budget of $46 million (£37 million/€43 million) should be increased.

"I am happy to say that last month, we received the unanimous support of our Foundation Board members.

"They approved increases to WADA’s budget of eight per cent, six per cent and six per cent for the next three years.

"WADA is funded equally by sports and Governments,” Bańka said.

"But we want to ensure they do not shoulder the burden alone.

“So, we are actively pursuing private contributions from other sources.

"In fact, we recently announced an exciting sponsorship deal with SuperSport, the African broadcaster.

"We are grateful for the vision being shown by our friends at SuperSport.

"They recognise the value that comes with associating their brand with clean sport.

"We are confident that this is just the start.

"We intend it to be the first of many such agreements.

"We want more resources to be invested.

"Not just in WADA, but in the anti-doping system globally.”

This was the first Symposium for three years following COVID-19.

“The pandemic led to the cancelation of hundreds of sporting events – including the WADA Symposium," Bańka told delegates.

"But while it was disruptive for the global anti-doping system, it also showed the resilience of this community.

"I am proud to say that WADA and the global anti-doping community have continued to work closely together to respond to the challenges that COVID-19 has presented.

"Since day one, the response of Anti-Doping Organisations has been quick and effective.

“Good communication has been key.

"WADA has provided guidance for all stakeholders, including athletes.

“Overall, out-of-competition testing numbers were maintained at normal levels throughout 2021 and 2022.

"And crucially, out-of-competition testing in 2022 is actually at a level significantly greater than before the pandemic. This is very encouraging and, it is a credit to Anti-Doping Organizations everywhere."

At the Symposium, which was held under the banner Raising the Game, Bańka shared a video revealing WADA’s new athlete-focused Play True campaign, which celebrates athletes and, in particular, the family, coaches and others who instil in them the values of clean sport, asking “Who inspires you to Play True?”

Over the coming months, the campaign will be brought to life through digital channels, via WADA’s athlete engagement activities at major events and through other means.

WADA director general, Olivier Niggli claimed that the Agency was stronger than at any time in its history since its formation in 1999.

"The Agency is much better equipped today.

"It is more structured and more robust and will be even more so due to the governance reforms that will implemented along with the strategic plan.

"We are committed to engaging and empowering athletes, building anti-doping capacity and community worldwide, and securing additional funding to further enable doping-free sport.

"The anti-doping system still needs to be strengthened and this will require the full attention of all of us.

“We look forward to working in close partnership with you all to carry out our ambitious plans."