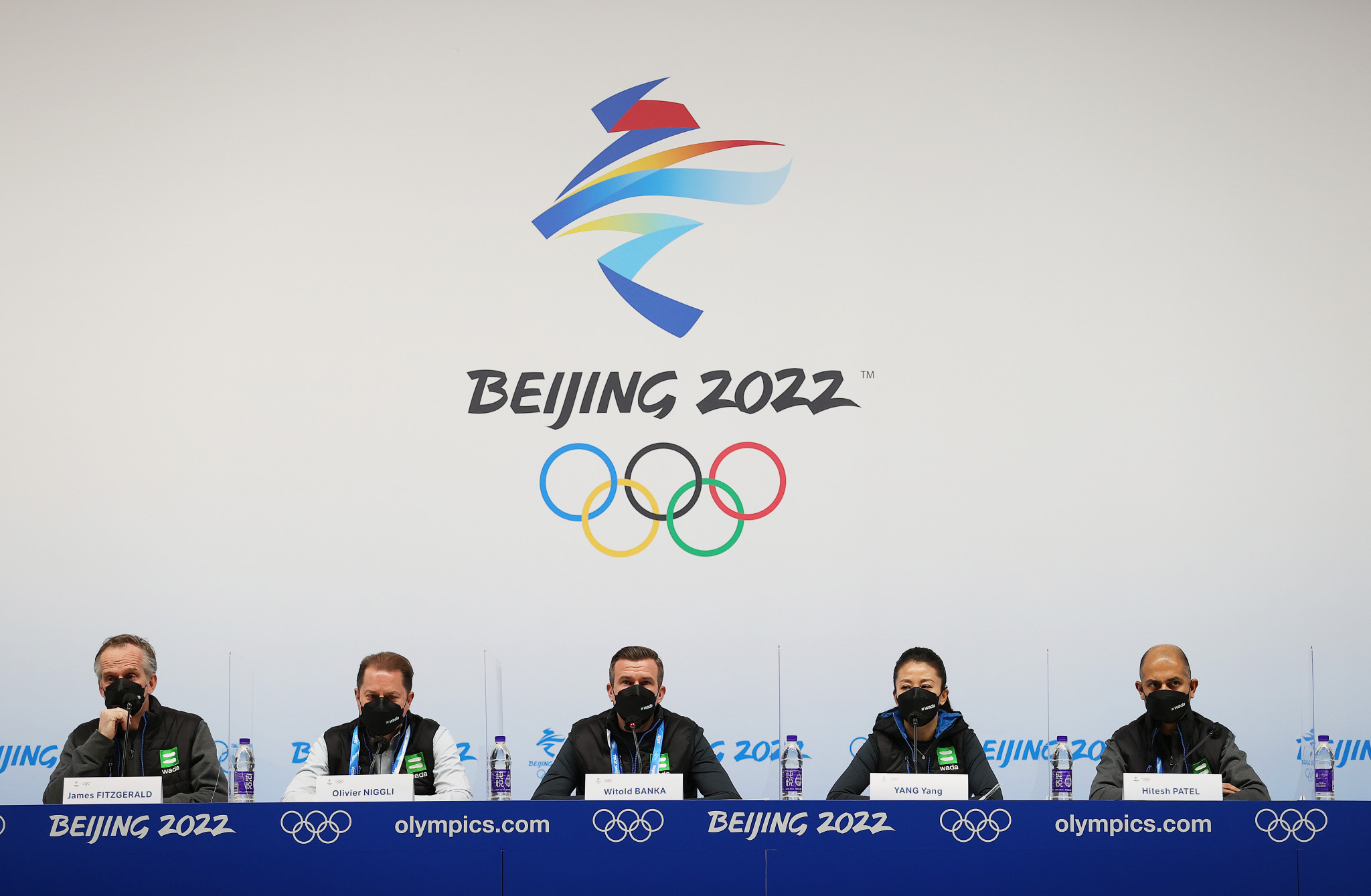 World Anti-Doping Agency (WADA) President Witold Bańka has claimed the implementation of dried blood spot (DBS) testing at Beijing 2022 is an exciting development in the fight against drugs, with the process set to complement existing testing methods.

The WADA developed DBS testing in collaboration with the International Olympic Committee (IOC), the International Testing Agency and National Anti-Doping Organisations in Australia, China, Japan, Switzerland and the United States.

Speaking at a pre-Beijing 2022 press conference here, Bańka revealed that the introduction of DBS testing had several advantages over traditional methods.

This included making sample collection and transportation easier, as well being less invasive for athletes compared to current urine and blood collection.

Elements of the DBS process were in operation at the delayed 2020 Olympic Games in Tokyo last year, but Beijing 2022 will mark the first time it will routinely be used across the testing programme.

"It is a new technique and it presents a number of benefits to the efficiency in the fight against doping," Olivier Niggli, the WADA director general, said.

"It is easier to collect and you need a lot less blood, it is easier to transport, it is a lot thinner as it goes onto a paper that can go into an envelope.

"It is easier to store as well and is cheaper to do.

"This means there will also be a possibility to do more tests.

"It will not replace what is already existing, but it will come on top.

"It will allow for more screening of athletes, but there will still be a need sometimes to get more blood or urine and so on."

The WADA has advised athletes to exercise caution regarding potentially contaminated meat in the country, which has been known to contain low levels of the steroid clenbuterol.

The WADA Independent Observer team for the 2022 Winter Olympics will be led by Hitesh Patel, head of music, publishing and copyright at the Department for Digital, Culture, Media and Sport for the United Kingdom Government.

Patel is also the rapporteur to the United Nations Educational, Scientific and Cultural Organization International Conference against Doping in Sport.

Each day during the Games, Independent Observer team members are set to visit various venues to observe how the anti-doping programme is being implemented.

Test distribution planning, the work of chaperones, how the doping control officers are operating in collecting samples and how they are being stored and delivered for analysis will be among the areas being checked by the teams.

They will also be tasked with assessing how the laboratory is carrying out the analysis process, the application of the therapeutic use exemption procedure and the results management system.

Patel claimed the observer team would not give details of their movements to those working at operational levels, effectively mirroring the no notice testing experienced by athletes.

The Independent Observer team chair added that it remained within the group’s interest to work collaboratively with relevant bodies, such as the Independent Testing Agency.

Athletes from Russia will be competing under the Russian Olympic Committee (ROC) banner at the Games to comply with the Court of Arbitration for Sport (CAS) decision in the Russian Anti-Doping Agency (RUSADA) case.

The sanction is part of the punishments for the "cover-up of the cover-up" of the manipulation of data at the Moscow Laboratory.

Russia were also sanctioned at Pyeongchang 2018, as part of the legacy of the Sochi 2014 doping scandal.

Bańka said WADA is continuing to work to ensure a strong anti-doping system is in place in Russia.

"As for Russia, we have been talking about this topic for more than a year after the CAS decision, discussing what the uniform of athletes should look like, discussing neutral status," Bańka said.

"We are focused on ensuring that RUSADA follows our rules in accordance with the code compliance programme.

"We are in contact with RUSADA, the process is ongoing, we are doing everything to be sure that there will be a strong anti-doping system in Russia."