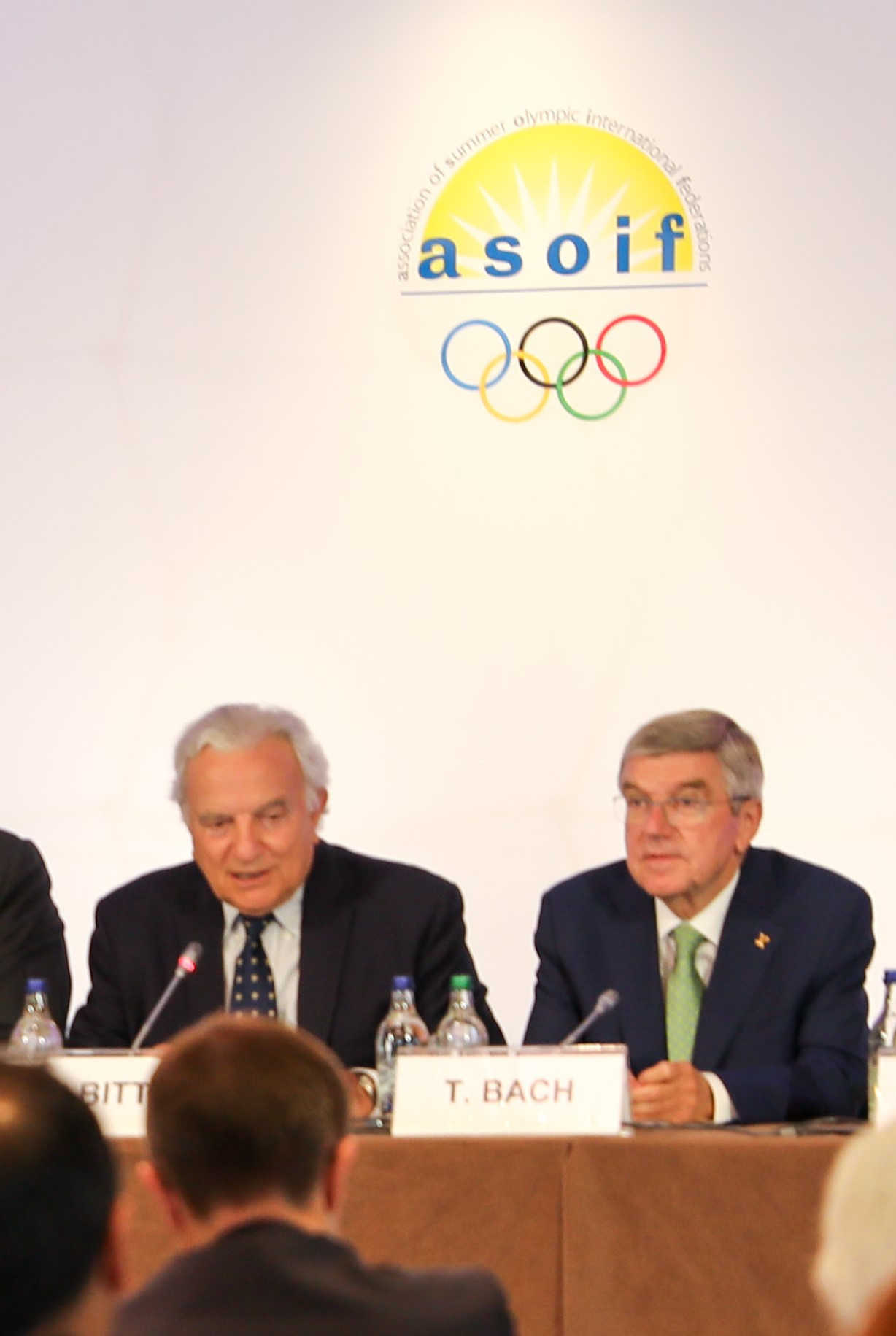 Association of Summer Olympic International Federations (ASOIF) President Francesco Ricci Bitti today revealed that a new commission is likely to be created to consider recognition for sports under the umbrella of the International Olympic Committee (IOC).

The new group will take shape after the expected dissolution of the General Association of International Sports Federations (GAISF) later in the year, and fulfil a role previously performed by the umbrella organisation.

"The effectiveness of GAISF in the last period has not been the best on this particular matter, we are in sort of limbo because they froze everything this is not good because there are rules, there are practices that should be followed," Ricci Bitti told the ASOIF General Assembly in Lausanne.

"The project is now in place for the dissolution of GAISF, but the recognition of new federations was not allocated to any of the new bodies inside the new structure.

"Since it is an IOC allocation, we felt that the best solution was to set up a special body to meet every year to discuss the specific matter of applications to be recognised by the IOC."

The proposal is still being described as a "draft project" but it will feature a commission which comprises ASOIF, the
Association of International Olympic Winter Sports Federations, the Association of IOC Recognised International Sports Federations, and the Alliance of Independent Recognised Members of Sport, which is the organisation for non Olympic recognised organisations and IOC representation.

Ricci Bitti expects that it will probably meet more than once a year.

"Its a sort of pipe from the beginning to the Olympics and so this group should analyse the qualities, the universality based on many criteria, and then produce a proposal for the IOC Executive Board as it was in the past," Ricci Bitti said.

"In terms of formal recognition we are going to have a committee with a very precise term of reference, we are very tough on that, there is a veto we have to defend the right of existing very established sport in front of the newcomer, and of the other side to recognise the sports that have some level of universality and some level of success."

"It became quite quickly clear to me that that the organisation did not fulfil any longer the role that it had to play in sport and that there was a lot of duplication, we all agreed the organisation wasn’t useful anymore," De Vos said.

"The most important role is the recognition of sports and IFs, where should that go?

"And in the end we believe the best place to go is in the IOC because the IOC is anyway involved in the commissions with representation of the organisations in this pyramidal structure.

"I can fully agree that it is the goal that it is very strict in terms of reference with veto rights so that we can protect the sports that are important in our pyramidal structure.

"The best way forward is to move on and make the landscape more efficient."