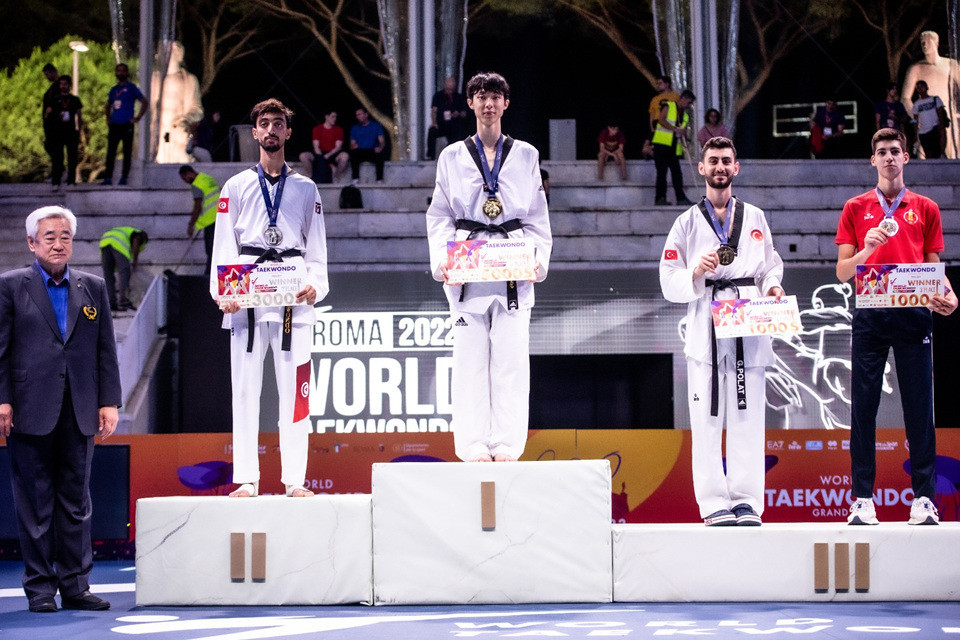 China, South Korea, and Turkey claimed the three gold medals on offer in today's action at the World Taekwondo Grand Prix at the Foro Italico in Rome, in what was the first event of its kind to be held since 2019.

In the first round, Jones came out the more aggressive, but it was Luo who registered the first points with a kick to the body protector.

Consecutive body kicks extended Luo’s lead before Jones pegged her back with a spinning kick to the body.

However, Luo made the most of her height and leg advantage to land a number of head kicks and win the first round.

The score remained very close in the second round until the closing moments when Jones, searching for the winning kick, was forced into a number of gam-jeons.

Luo proved too strong and won the round 12-5 to win the fight and take gold as Jones took silver.

The opening round began slowly before exploding into life with both athletes landing kicks to the head before Jang took it 12-7.

He then pressed on in the second in commanding fashion to win 10-1 for gold.

Alian made an early signal of intent with a kick to the head to take a 3-0 lead before three gam-jeons bought the score to 4-2 in Recber's favour and from there he never looked like being caught as he extended his lead to win the first round 9-4.

The second round began with another early strike from Recber.

With the two fighters grappling to get an advantage, both gave away a number of gam-jeons but once again it was Recber who was able to make it count as he landed a kick to the body to take a 6-1 lead which he steadily extended before winning the round and the match 10-3.