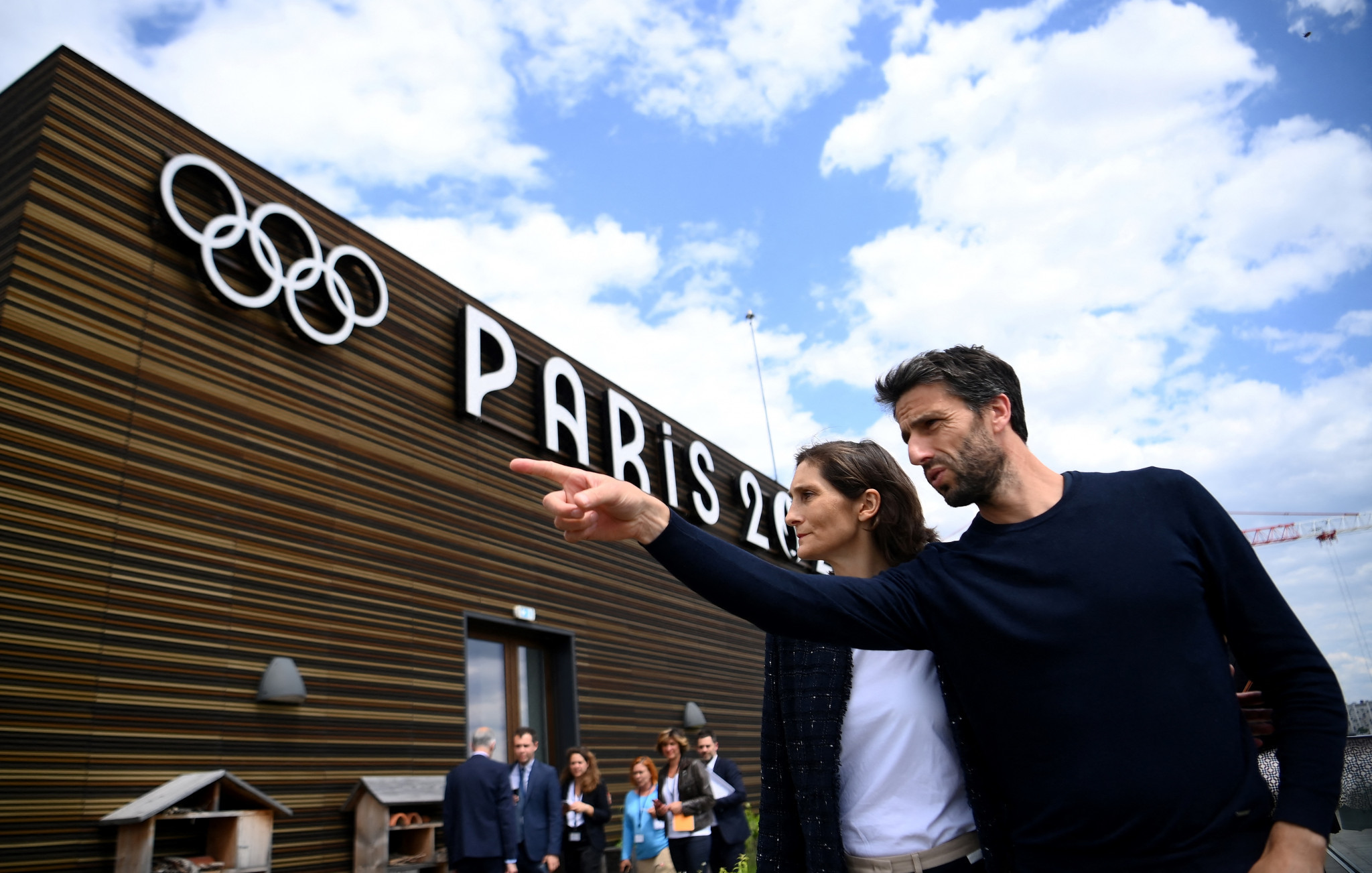 Tony Estanguet has said Paris 2024 must learn lessons from the events of Saturday's (May 28) UEFA Champions League final as new French Minister of Sport and the Olympic and Paralympic Games Amélie Oudéa-Castéra visited the Organising Committee headquarters for the first time.

There was widespread criticism of scenes outside the Stade de France, which is set to be a primary venue for the Paris 2024 Olympics, as thousands of fans were denied access to the match and police have been accused of heavy-handed tactics.

"When there is an event like this happened on Saturday, inevitably it challenges and we have to learn all the lessons," the Paris 2024 President told Agence France-Presse.

"We will be very attentive to everything that has been analyzed."

Estanguet admitted that Paris 2024 was "touched and saddened" by what happened, conceding it "tarnishes everything we love in sport".

The Paris 2024 President also warned the Sports Minister "we are going to face multiple challenges like what happened this weekend," per Agence France-Presse.

"We will have to adapt and progress together, Paris 2024’s relationship with the state is crucial," he added.

Oudéa-Castéra is facing a Senate hearing today over the Champions League final debacle and her comments in the aftermath, with some politicians raising concern over the implications for the 2024 Olympics and next year's Rugby World Cup.

"By 2024 we will have been working on this for five years, we will be ready," Estanguet insisted.

"A year ago, we signed a security protocol with the state outlining the numbers of police necessary for the organisation of the Games, the role of each one, between what Paris 2024 must do, but also the forces of order, the Ministry of the Interior, the army, the local police."

Estanguet said that some 20,000 private security agents would be part of the Games.

"All the decisions that we have made, especially the Opening Ceremony on the River Seine, have been made with security in mind," Estanguet re-affirmed.

Oudéa-Castéra took up her position as Minister of Sport and the Olympic and Paralympic Games little more than 10 days ago.

She was joined by her chief of staff Philippe Mahé as she toured the Paris 2024 headquarters at St Denis, in what the French daily sports newspaper L'Équipe described as a "symbolic visit".

Oudéa-Castéra inspected construction work at the Athletes' Village and at Arena La Chapelle, to be used for badminton during the Olympics.

The Minister also met Bruno Marie-Rose, Paris 2024 chief information and technology officer, and was briefed on the measures being taken to ensure cyber security.

Oudéa-Castéra toured many of the organising departments, including international relations, sport and those looking after catering, transport and medical care.

"I see my role as a role as a facilitator for all the stakeholders, I want everyone's roles to be clarified," Oudéa-Castéra said.

"Success would be an irreproachable Games in terms of both security and budget.

"It is athletes in top form, a great festival of the people and heritage in three dimensions, youth health and social inclusion."

Oudéa-Castéra is also planning a visit to the French Anti-Doping Agency, once it has completed its move from Châtenay-Malabry to Saclay, with staff from the Organising Committee.