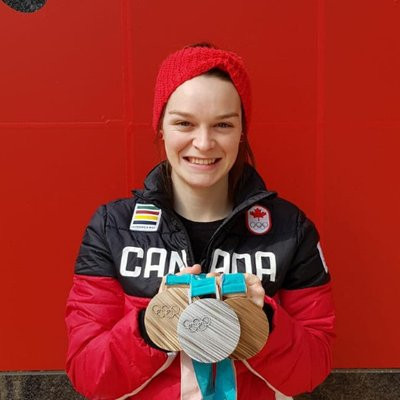 The 27-year-old from Quebec, winner of a silver and two bronze medals at Pyeongchang 2018 and a bronze at Beijing 2022, is joined by Alpine skier Phil Brown, freestyle skier Philippe Marquis and snowboarder Mercedes Nicoll.

The Winter Olympians, elected by Canadian athletes who competed at Pyeongchang 2018 and Beijing 2022, will join their Summer counterparts on the COC AC and serve until the Milan Cortina 2026 Winter Olympics.

The election of the new members comes at a time when athlete welfare in Canada is under the spotlight following safeguarding controversies in a number of sports, including gymnastics, bobsleigh and skeleton.

"I would like to thank all the voters who took part in this election process," said Boutin.

"I’m very much looking forward to representing and defending the voice of Canadian Olympic athletes.

"I will make myself available for all questions and I am eager to get involved for the benefit of the athlete community."

Congratulations and welcome to @TeamCanadaAC newest elected members Kim Boutin, Phil Brown and Mercedes Nicoll and to Phil Marquis for his re-election!! https://t.co/OJPbJeHD20

"We are really excited to continue working with Phil Marquis and to welcome newly elected members Mercedes, Kim and Phil Brown to the Athletes’ Commission," said MacLennan.

"Each has shown tremendous leadership and strong engagement in sport as well as an eagerness to contribute to the experience of Olympians across Canada."

The Athletes’ Commission represents athletes on the COC Board of Directors.

"We are extremely fortunate to have a strong, engaged group of leaders in our Athletes’ Commission who contribute throughout our organisation and ensure the athlete voice is at the centre of all we do," said Tricia Smith, four-time Olympian and President of the COC.

"We are very proud to welcome these new and re-elected members and look forward to continuing our work together."

In her role as the president of the Pan American Sport Organization Athletes’ Commission, beach volleyball player Melissa Humana-Paredes serves as a non-voting member of the COC AC.